The fact Peter Khill is free after admitting he shot and killed a First Nations man is further proof Canada’s justice system is broken and continues to fail Indigenous communities, according to Chief Ava Hill.

The elected leader of the Six Nations of the Grand River said she was angry, shocked and left in disbelief after a jury found Khill, a former Canadian Forces reservist, not guilty of second-degree murder Wednesday in the death of Jon Styres.

“The whole justice system needs to be redone,” said Hill. She said her community plans to meet to discuss a response to the verdict.

“After the [Colten] Boushie case, the prime minister said they have to do better. What’s been done better? Nothing.”

But Khill’s defence lawyer, Jeff Manishen, cautioned against comparisons and said each case has to be judged on its own evidence. He added that it’s his opinion the way his client’s jury was selected — jurors were asked up front about possible bias — as a potential model for future cases to ensure the controversy that followed the Boushie case doesn’t continue to haunt similar trials.

Boushie, a 22-year-old from the Red Pheasant Cree Nation in Saskatchewan, was shot and killed in August 2016 by Gerald Stanley, a white farmer.

A reportedly all-white jury reached its not guilty verdict for Stanley. The decision led to outrage across the country and a pledge from federal ministers and Prime Minister Justin Trudeau to change “systemic issues” in the justice system.

Prime Minister Justin Trudeau comments after a jury found Gerald Stanley not guilty in the shooting death of Colten Boushie 0:41

The Stanley verdict was reached just months before Khill’s trial began. Styres, from Ohsweken, Ont. on the Six Nations Reserve south of Hamilton, was gunned down by two close range shotgun blasts in the early morning of Feb. 4, 2016.

Khill admitted during the Ontario Superior Court trial he shot and killed Styres, but claimed he was following his military training and fired in self-defence because he thought the other man, who was trying to steal his truck, was armed with a gun.

Court heard that Styres did not have a gun when he was killed, just a folding knife that was found closed and in the pocket of the dead man’s pants.

The similarities between the cases were noted by members of Six Nations before Khill’s trial began, but unlike the Stanley verdict, the 12 people who decided Khill should be acquitted were screened for racial bias.

Each juror was asked whether the fact the accused was white and the victim Indigenous would affect how they viewed evidence.

It was a test that weeded out three potential jurors, including one man who said he would “struggle” with being impartial based on the backgrounds of the accused and victim.

The seven men and five women who eventually made the jury in the Khill case all answered “No” to the question, something defence lawyer Jeff Manishen described as an “excellent approach to be able to dispel any concern about race playing any part in the case.”

The race of the two men did not come up during any of the evidence heard during the trial.

But Manishen did mention it in his closing address to the jury, only to say that it was his opinion that race had nothing to do with the shooting because it happened in a split second and Khill pulled the trigger in the dark.

After the trial, he added, “It’s my view that as a result of this case, there’s a very real potential that a race-based challenge for cause, one designed to ensure that a jury will decide a case on the evidence and not because of any bias or partiality arising from the fact that an accused person or a deceased person is Indigenous, may well become what we see for every jury case.”

But even if the question became standard practice, Hill said she doesn’t think simply asking someone if they’re racist is enough to ensure Indigenous Canadians will be treated fairly.

“How do you prove that? I can ask you if you’re racist and you can say no. This whole thing is, I think, just racism rearing its ugly head.” 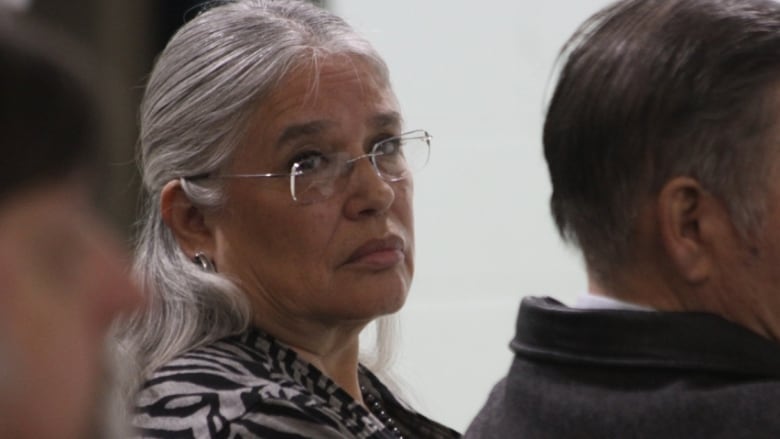 Kent Roach is a law professor at the University of Toronto who’s writing a book about the Stanley trial and who followed the Khill trial closely.

He said asking jurors about racial bias in the Khill case was “an improvement,” but said the real problem is the “dramatic underrepresentation of Indigenous people on juries” in Ontario.

And while Manishen believes the trial could set the standard for race-based questions levelled at juries, the legal scholar said he worries Khill’s claim of self-defence could lead to a more dangerous precedent.

“I do think it is somewhat troubling that at the end of the day this case may send a message that it’s reasonable to reach for a gun before calling 911,” said Roach.

The question of how far rural homeowners can go to protect their property was raised in the Stanley trial and more recently during the trial of Eddie Maurice, a rural Alberta man who said he fired a warning shot when he found two thieves rummaging through his vehicles in February.

One of the trespassers was slightly wounded, but charges against Maurice were withdrawn on June 22.

Charges were dropped against the rural Alberta homeowner accused of shooting trespasser. 0:30

The case highlighted the issue of rural crime in Canada, another issue that was raised in the Khill trial as he testified his home near Hamilton was “rural” and he wasn’t sure how long it would take for police to arrive.

Manishen rejected Roach’s view, saying the Khill verdict should not be taken as a license “to use deadly force to protect property.”

But his words did little to address the hurt Hill said she and the Styres family are feeling.

“A truck is worth more than a young native man’s life in this country and we have to do something about it as chiefs,” she told the 44th Annual All Ontario Chiefs Conference Wednesday afternoon, fighting back tears.

Appeal only based on legal error

Roach said although Khill’s trial is over, there’s one last comparison between his verdict and that of Stanley — despite calls from the Six Nations Council for an appeal, that might not be possible.

The law professor explained the Crown can only appeal a verdict on the basis that the trial judge made an error in law.

“It’s only the accused in our system that can appeal on the basis that there was a miscarriage of justice or an unreasonable verdict.”