Eighty-one-year-old Ernie Callihoo longs for the time when his old reserve, the Michel First Nation, still existed. Dozens of families used to live and farm the land that once stretched over a hundred square kilometres in size, just northwest of Edmonton.

The band dissolved in 1958, when Ernie was about 20. The reserve was split up and everyone was given a quarter section of land (64 hectares).

Ernie is the only one who still owns his piece and lives on it.

“Oh yeah, that’s special. I don’t think I’d ever move. I had offers — a lot of people want to buy the land here,” says Ernie.

Ernie Callihoo, 81, is the only remaining member of the Michel First Nation living on the land that was a reserve prior to the band’s enfranchisement. (Colleen Underwood/CBC)

No way would I sell.– Ernie  Callihoo

Ernie is among a group of former band members and their families who argue that dissolving the band was the wrong decision. And they blame part of what happened on one of their old neighbours, Johnny Rodgers.

“You know, it always bothers me what happened, but what could you do,” says Ernie.

Johnny Rodgers was my grandfather.

He died before I was born, so I never really knew him. He doesn’t really look Indigenous from the black and white photos I’ve seen scattered among my mom’s old pictures. His mom was from the reserve; his dad was not. 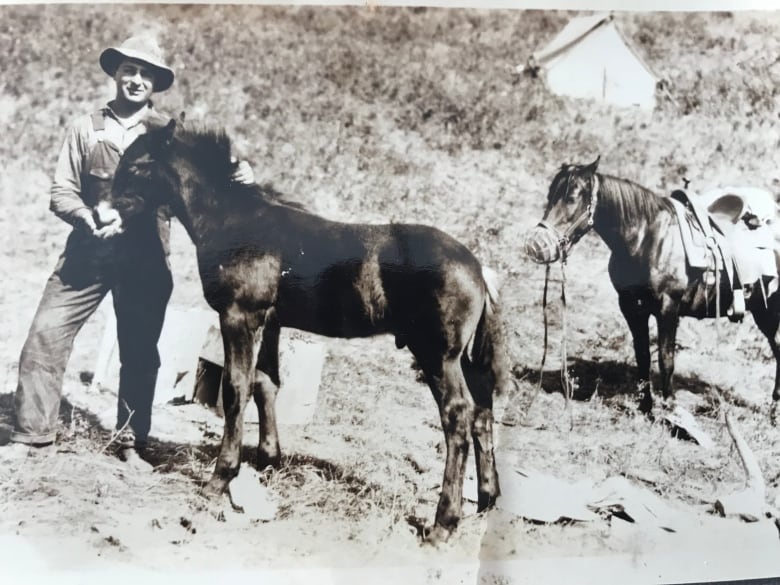 I’ve never really connected to the culture, because the reserve was gone by the time I was born. And my family didn’t take part in any cultural practices or traditions.

My mom, Caroline Rodgers, never really talked about her heritage. When I seek answers now, she says she had a conflicted upbringing.

“I was happy when I was home, with my family, but when I went off to school I felt like I had to be somebody else. It was hard; it was different,” she says. “It had to do with the time and the way native people were treated, and I guess I felt that.” 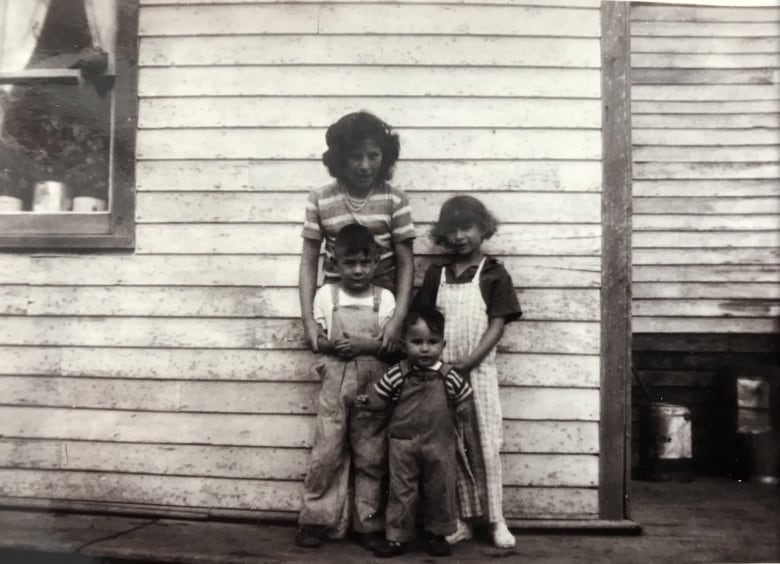 Colleen Underwood’s mother, left, and aunt, standing outside their farmhouse on their old reserve, the Michel First Nation, northwest of Edmonton. (Provided by Colleen Underwood)

My mom lived in a tiny farmhouse with eight brothers and sisters, along with her parents, Johnny and Clara. They had a mixed farm — both grain and livestock — and they trapped muskrats, rabbits and other wildlife. It was hard work, and the family didn’t have much money.

“We survived — that’s what we did,  we survived, everybody did,” says Juanita Rodgers, my aunt.

But she says the hardest aspect of their lives was being under the constant control of the federal government and the Indian agent.

You couldn’t even go on a holiday without getting permission to leave the reserve.– Juanita Rodgers

My grandfather, Johnny, also didn’t like the way he was treated after serving in World War II. He was one of a few men from the reserve who chose to go overseas to fight. He worked as a sapper in France and Belgium, clearing mines and building bridges so that troops and tanks could pass. 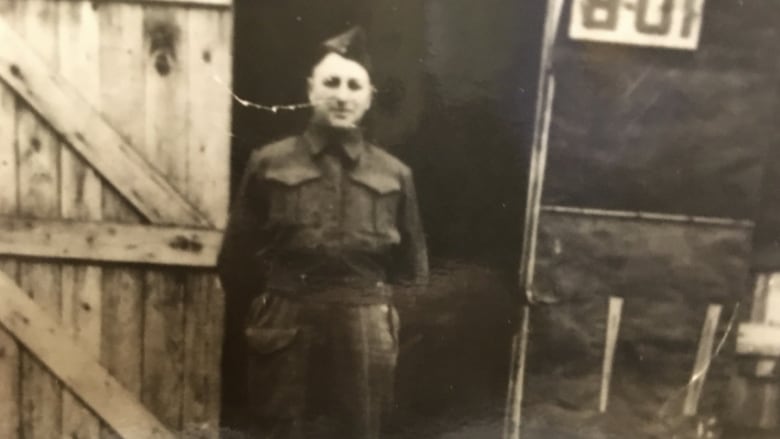 Johnny Rodgers was one of a couple of men from the reserve who served in World War II. (Provided by Colleen Underwood)

When Johnny came back, he found that Indigenous people like himself were denied some of the same benefits given to other veterans.

My mom says her dad always told them there was no future on their reserve.

He wanted his freedom. He wanted to be sole owner of his land. You just felt more suppressed as an Indian, and maybe times have changed since then, which I think they have, but back then it was pretty strict, pretty rigid. – Caroline Rodgers

She says Indigenous people couldn’t go to hotels or bars, they couldn’t vote, and they were often mistreated — all things which she says weighed heavily on her dad’s heart and mind.

So Johnny started to seek a way out from the stigma. 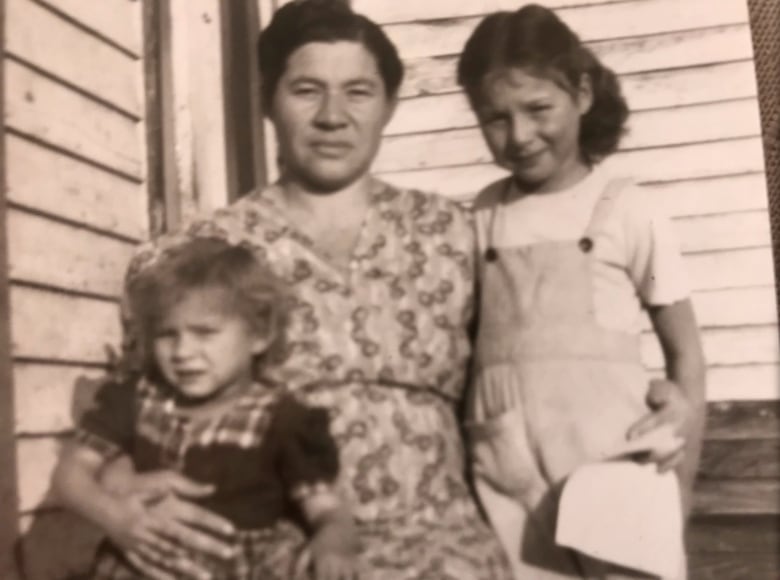 Colleen Underwood’s aunt, Juanita, and mother, Caroline, with their mother. They say life on the reserve was tough, and they struggled to survive. (Provided by Colleen Underwood)

He asked the federal government if he could enfranchise — that meant he would give up his treaty rights and Indian status in order to gain the rights and freedoms of other Canadians.

It was a formal process whereby Indigenous people, who met certain criteria, could apply. By enfranchising, he would be given title to his land, the right to vote and to travel freely.

Other band members had already enfranchised back in the 1920s, and even earlier. But when Johnny applied, the government told him he’d have to get the whole Michel band to enfranchise, in order for him to gain his freedom.

It wasn’t an easy sell. Some worried about what they had to lose. They would no longer have free education, healthcare, agricultural support, nor the right to hunt and fish on their land. 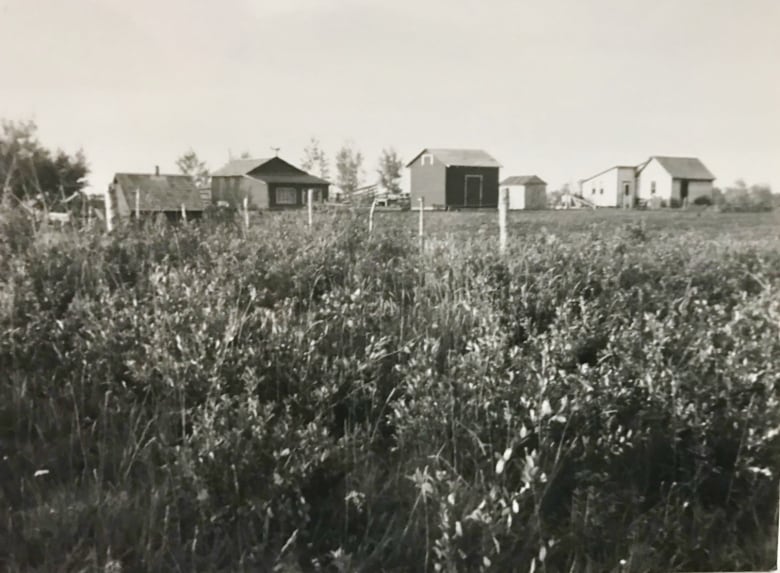 Ernie Callihoo’s dad, Archie, was worried about having to pay taxes once he lost his status. He also worried about what this change might mean for his children and future generations.

“Christ, I remember that. But the problem is, then I had to play with the boys, with his family. And I was like, what the hell am I going to do now?” says Ernie.

The federal government appointed a committee to assess whether members of the Michel First Nation would be able to survive on their own, once enfranchised. Johnny Rodgers was on that committee, along with a judge and a civil servant. After a few public meetings, the committee recommended enfranchisement.

Today, some still question the legitimacy of the process because there was never an official vote. There are also some rumours of bribery and coercion — that my grandfather and his henchmen strong-armed people into agreeing to enfranchise.

These rumours were mentioned in a recent public exhibit of the Michel band in St. Albert.

And they come up in a discussion I had with another Michel band descendant, Gil Goerz. 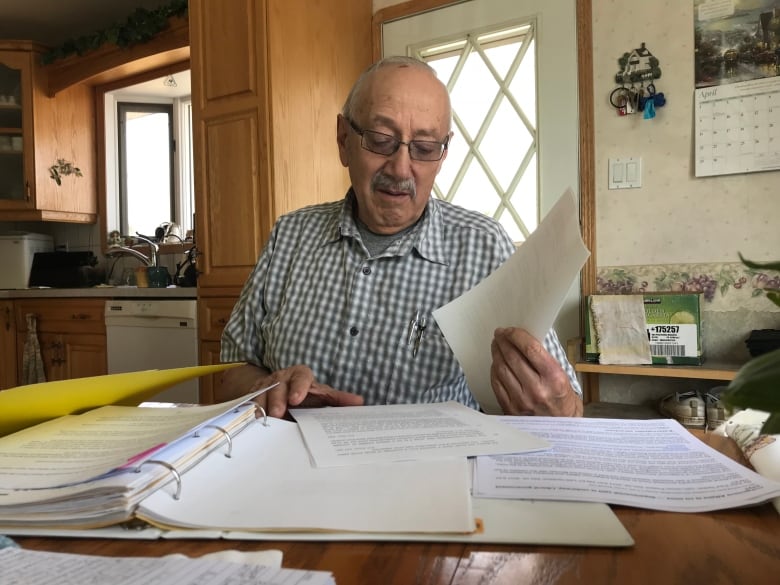 Gil Goerz of the former Michel Band has been fighting to get the government to reinstate the band’s status. (Colleen Underwood/CBC)

“I don’t know if there’s anything concrete out there, any documentation to concretely say that that actually happened, or if that’s just folklore, or somebody not liking somebody else and spreading a rumour,” says Gil.

My mom doesn’t believe Johnny would have bullied anyone.

“I know Dad wanted it, but he would never have gone to that,” she says.

My mother can see Johnny being persistent. Passionate. Relentless. But she says he wouldn’t have threatened anyone.

In the end, Ottawa approved enfranchisement. On March 18, 1958, 42 families became private landowners. Each adult was given the title to a quarter section of land (64 hectares), a few thousand dollars to help start their new lives, and all the rights, freedoms and obligations of other Canadians.

My mom says the family took a celebratory holiday to the mountains afterwards. 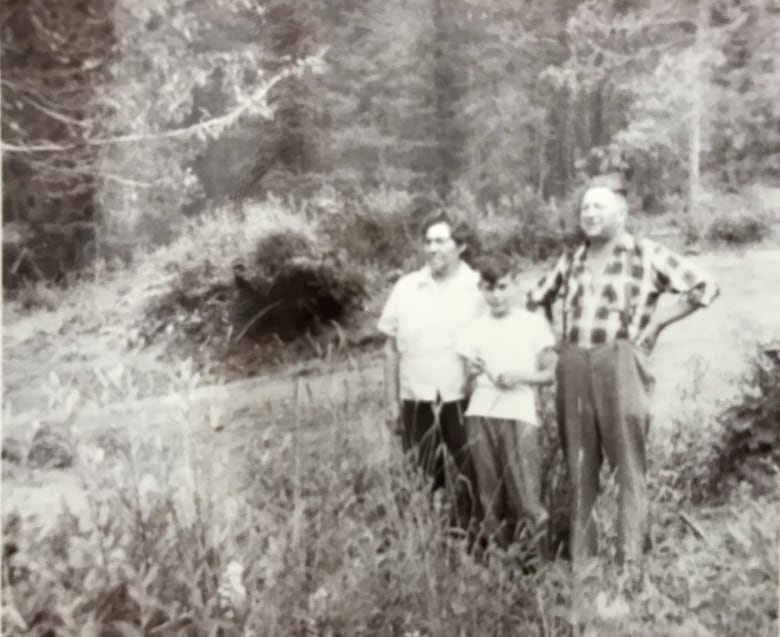 “I can still remember telling my mom, ‘Oh great, I’m not native anymore,’ and she laughed and said, ‘I’m afraid you are, my dear’…. I was 14 or 15, and I wanted to be like everyone else,” says Caroline.

She says she doesn’t feel that way anymore.

Within a few years, Johnny got sick, sold the land he fought so hard to attain, and moved away. He died in 1962.

Ernie stuck around, though. He still sees what everyone lost: a strong sense of community, valuable land — which he says people were too quick to sell — and the connection to it. 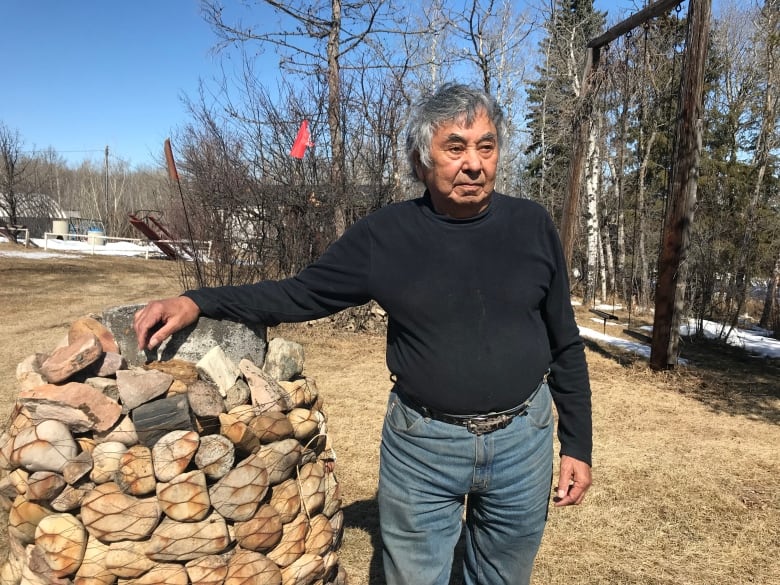 I call it sacred land, that’s what I call it. I’m the keeper. I don’t say I really own it. I just say, I’m here.– Ernie Callihoo

Ernie’s daughter Maureen Callihoo says people didn’t just give up their status, they gave up part of their identity.

“I hear it over and over again: ‘I don’t know where I belong.’ And a lot of people don’t even know who Michel First Nation is,” says Maureen.

The government changed the laws in 1985 and reinstated an individual’s Indian status if they lost it through enfranchisement. That status could be passed down for two generations. I have it. But I can’t pass it on to my children.

Still, Ernie and others would like the federal government to reinstate the band’s status, to recreate Michel First Nation. They realize they won’t get that same land back. It’s now mostly private farms and gravel pits. But they hope the two sides can reach some type of agreement.

As for me, I don’t blame my grandfather for pushing so hard to gain his freedom. But I am sad that I didn’t get to grow up around people who share my heritage.

I don’t think you need to be on a reserve to keep your culture, but you do have to work harder at it. I’m just thankful that there are still people like Ernie Callihoo who are willing to teach. 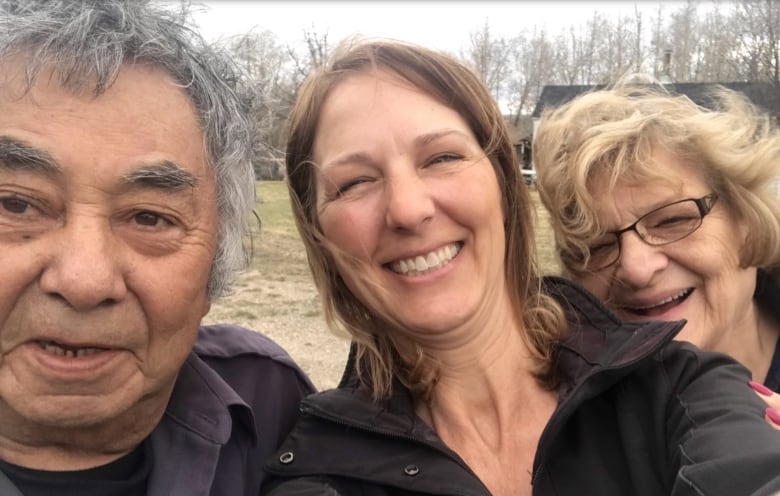 Listen to the documentary “Disbanded” by clicking the Listen link at the top of this page. Or download and subscribe to our podcast so you never miss a show. 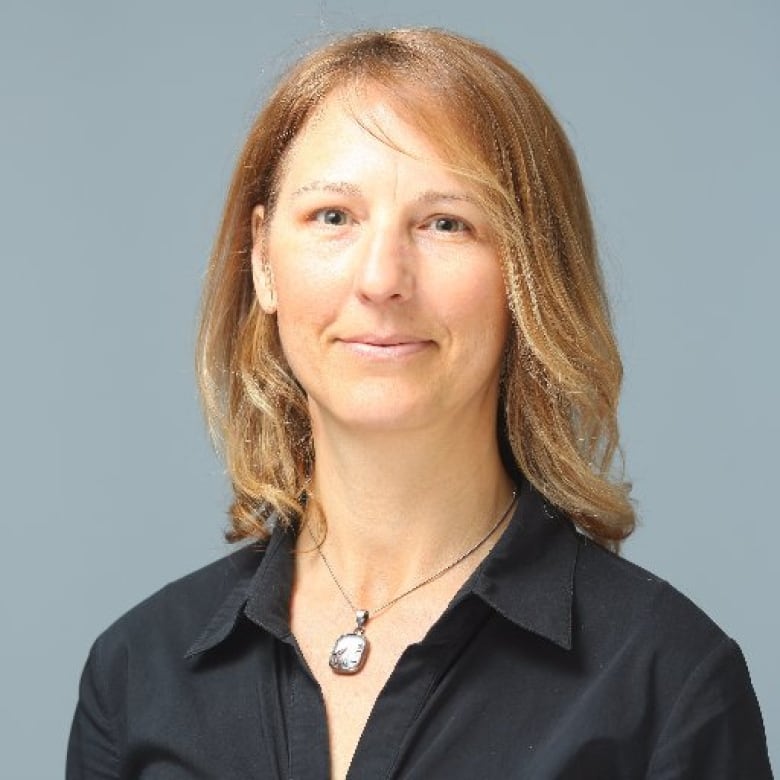 Colleen Underwood has been a reporter with CBC news since 2004. She covers the gamut of stories — from the opioid crisis to pesky wolves eating garbage in Banff National Park.  She lives in Calgary with her husband, son and rambunctious golden doodle, Timber. This is her first radio documentary. You can follow her on Twitter @cbccolleen.

This documentary was produced through the The Doc Project Mentorship Program.

It was edited by Alison Cook.