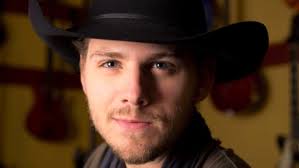 Brett Kissel, a very popular country singing sensation, has scheduled a Fort MacMurray performance. Kissel, an Alberta native, will perform at the Grand Slam of Curling’s Elite 10 bonspiel which will be held this weekend at MacDonald Island Park. When asked about the event Kissel responded “Curling crowds are among the craziest crowds around. That’s the real deal. These guys are nuts and I love it. I wouldn’t have it any other way.” Brett Kissel first captured the attention of music lovers in 2003, and today he is the face of the country music scene in Canada. In addition to earning spots on the country music charts Kissel has also earned spots on cross genre charts as well. Kissel told the media“I won the Breakthrough Artist of the Year award, and I was the first country artist to do that in 17 years. That was really special, something I never would’ve predicted.”

The upcoming Fort MacMurray performance is a chance to enjoy the area and the people for Brett Kissel, and the star admits that having a celebrity status does have advantages. Kimmel discussed some of the perks that he has had since he made his name a household word. “I got to meet my hero, Garth Brooks, last week. That was really, really special for me, because he’s just the best entertainer and such an inspiration. It’s kind of like a kid getting to meet Wayne Gretzky — that’s how I feel about it. You would’ve thought he would give advice on how to work a crowd. But the advice he gave was more on the personal side — for my relationships with people, with my friends and my family, because being on the road is a tough life. At the very end of our conversation, he said, ‘No matter what you do, go hug your mum and dad every chance you get.’ “