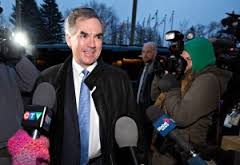 The Alberta Tories want public funded schools to be forced to allow GSAs to form, and they passed legislation that many find controversial in order to further these goals. Last fall legislation was proposed in order to allow gay straight alliance clubs to form, but Premier Jim Prentice placed the efforts on hold at that time after there was a lot of backlash from the public. When the Alberta legislative session opened the legislation was quickly passed by the Progressive Conservative government. Prentice referred to the bill passed as something historic and he gave thanks to Laurie Blakeman and Kent Hehr, the two Liberal MLAs who helped ensure the legislation passed and who kept the conversation going. The public is still divided about whether the bill is necessary or even prudent, with some coming down on either side of the controversy.

When the GAS bill was brought up by Alberta Tories Gordon Dirks, the Education Minister, tabled any amendments so that it passed as is. GSAs can now be established at any publicly funded school where they are requested by a student. Dirks explained his move by saying “I remember one conversation with a student talking about how they had attempted suicide so when that happens and you have those kinds of intimate, frank conversations with students, it goes from your head to your heart.” Prentice discussed the move by saying “We have listened to Albertans, I think it’s fair to say,. This is is a case of the government responding to what they’re hearing from the citizens of the province including, and I would emphasize, young people who have had a significant say in this, who have moved me and who have moved the minister.”