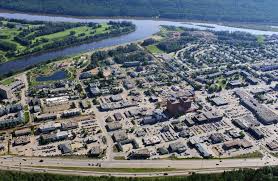 According to Fort MacMurray Conservatives the party was not prepared for the last federal byelection, and this caused the party to rely on the other ridings for funding in order to stay competitive. According to the Election sCanada website the riding association actually has a net loss of $36,602.87 which was posted for 2013. Leaked documents received by the Hill Times, an Ottawa based newspaper, showed that several loans were made to the riding association from other associations affiliated with the Conservative party. The new riding for the Conservative party is overseen by riding association president Kim Farwell, who explained “This was a timing issue. We did receive some money from other associations, for which we were very grateful. We have provided similar support for others in the past. All of the loans we received have been repaid.”

The fact that the Fort MacMurray Conservatives were unprepared for the last federal byelection does not mean that they will not be ready the next time around. Some warn that the loans should not become a big issue, because they were repaid and the riding association did not break any laws or do anything wrong. What this fact does show is that the association has gone through some changes in the last few years, and these changes left the party unprepared when the federal byelection came up. This situation is not unique, it has happened to other associations as well. Hopefully the Conservatives will be on the ball when the next federal byelection rolls around, and they will be much better prepared because of the last experience.