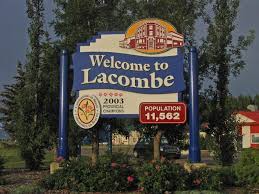 Lacombe, Alberta has shown that social behaiour laws can work when they are properly worded and enforced, in spite of the fact that Taber has quickly become the laughingstock of Alberta due to recent changes that are seen as an open invitation for police to write tickets and fine people who are not doing anything wrong. Lacombe has seen a reduction in crime after passing social behaviour laws according to Lancombe Police Chief Steve Murray. “One of those most encouraging things for me, is we’ve already seen a one-third reduction in criminal mischief. If we used the Criminal Code, say for someone causing a disturbance by swearing, we would arrest them, charge them, process them, and go to court, and this was a long drawn-out process for both our side and the court. I thought maybe there’s an opportunity here to address the anti-social behaviour the community is concerned about, but to make it more efficient.”

The city of Lancombe, Alberta has seen great results from their social behaviour laws. Criminal mischief in the city is down by 33%, public disturbance calls have decreased by 30%, and bullying and criminal harassment has gone down by 27%. Part of the backlash over Taber’s social behaviour laws is the concern that police may be too aggressive with enforcement measures, but these laws are designed to address public nuisances and social behaviour issues which affect everyone in the community. Chief Murray explained “That’s the sad part, anything can be taken the wrong way or abused, but I’d say the strongest defence for Lacombe’s bylaw is this was driven by the community.”