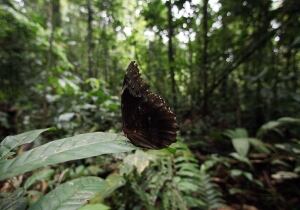 The Amazon rainforest’s ability to soak up greenhouse gases from the air has fallen sharply, possibly because climate change and droughts mean more trees are dying, an international team of scientists said on Wednesday.

The world’s biggest rainforest has soaked up vast amounts of carbon dioxide. Plants use the heat-trapping gas to grow and release it when they rot or burn, but the report said that role in offsetting global warming may be under threat.

The study, of 321 plots in parts of the Amazon untouched by human activities, estimated the net amount of carbon dioxide absorbed by the forest had fallen by 30 per cent, to 1.4 billion tonnes a year in the 2000s from 2.0 billion in the 1990s.

“Forest growth has flatlined over the last decade,” lead author Roel Brienen of the University of Leeds told Reuters of the findings in the journal Nature. At the same time “the whole forest is living faster — trees grow faster, die faster.”

“The net carbon uptake of forests has significantly weakened,” he said of the study by almost 100 experts.

Human carbon emissions in Latin America are overtaking amounts absorbed by the Amazon for the first time, the University of Leeds said in a press release.

The scientists said it was unclear if the decline would continue and if the trend applied to other tropical forests such as the Congo basin or Indonesia.

The findings are a surprise because some computer models suggest tropical forests may grow better because carbon dioxide emitted by human use of fossil fuels acts as an airborne fertilizer.

The study said increased tree deaths might be linked to severe droughts, such as in 2005.

Another possibility was that man-made carbon dioxide was making trees both grow faster and die younger and that more deaths were only now becoming apparent.

If that trend continues, the make-up of the Amazon rainforest could change. Fast-growing lianes, or tropical vines, might be among the beneficiaries, Brienen said.

Christof Bigler, a forest expert at the Swiss Federal Institute of Technology in Zurich who was not involved in the study, said fast-growing trees outside the tropics also often had shorter lifespans.

“Fast-growing trees tend to have a lower root density and might be more vulnerable to attacks by insects and pathogens,” he told Reuters of his findings in Switzerland and North America.