It was foolish of me to think I knew better than Jennifer Aniston’s long-time makeup pro, Gucci Westman. But when she approached me at the launch event for her new line, Westman Atelier, with a makeup brush and what appeared to be a mauve cream blush in hand, I bristled—no pun intended. No way was that color going to suit my super-fair complexion.

Well, I’m sure you can see where I’m going with this. Westman proceeded to sweep the pigment across my cheeks, leaving behind a flush that looked so natural and warm, I wondered if I’d just been sipping on a mimosa instead of an orange juice. Most magical of all, the shade somehow managed to do the same for the wide range of skin tones represented in the room.

That was more than a year ago. And almost every day since, I’ve used what I now know is Westman Atelier Super Loaded Tinted Highlight in Peau de Peche. It’s a tough product to categorize, but as its name implies, its closest to a tinted highlighter. Think less sparkly and more pearlescent for that dreamy, lit-from-within look every single celebrity Westman touches seems to have—Jennifer Aniston, yes, but also Reese Witherspoon, Kate Hudson, Jennifer Lawrence, and Anne Hathaway. The pink tint itself is browner than anything I’d normally use, but I suspect it’s the peach undertones that make it so darn flattering on everyone.

Another reason why it looks so natural? The creamy formula melts into your skin as if it were a moisturizer. That’s probably because it’s formulated with ingredients typically used in skin care, like nourishing jojoba oil and everyone’s favorite hydrator, hyaluronic acid.

The glisten it gives doesn’t exactly come cheap—the palm-sized compact costs $75—but a little goes a long way. And because I love the dewy warmth it imparts so much, I use it as blush, bronzer, highlighter, and even eyeshadow. If you add up the cost of all four products it’s replaced, Westman Atelier’s Super Loaded Tinted Highlight actually saves me $60. (And by the way, I apply it with a $6 blush brush by Real Techniques. It’s a real winner of a high/low combination.)

As I prepare to descend from my soapbox, I’ll just say this: Of the hundreds of products I’ve tried, no other has made my complexion look as healthy and glowy as quickly as this. If $75 is the price of saving time and feeling pulled-together, count me in. 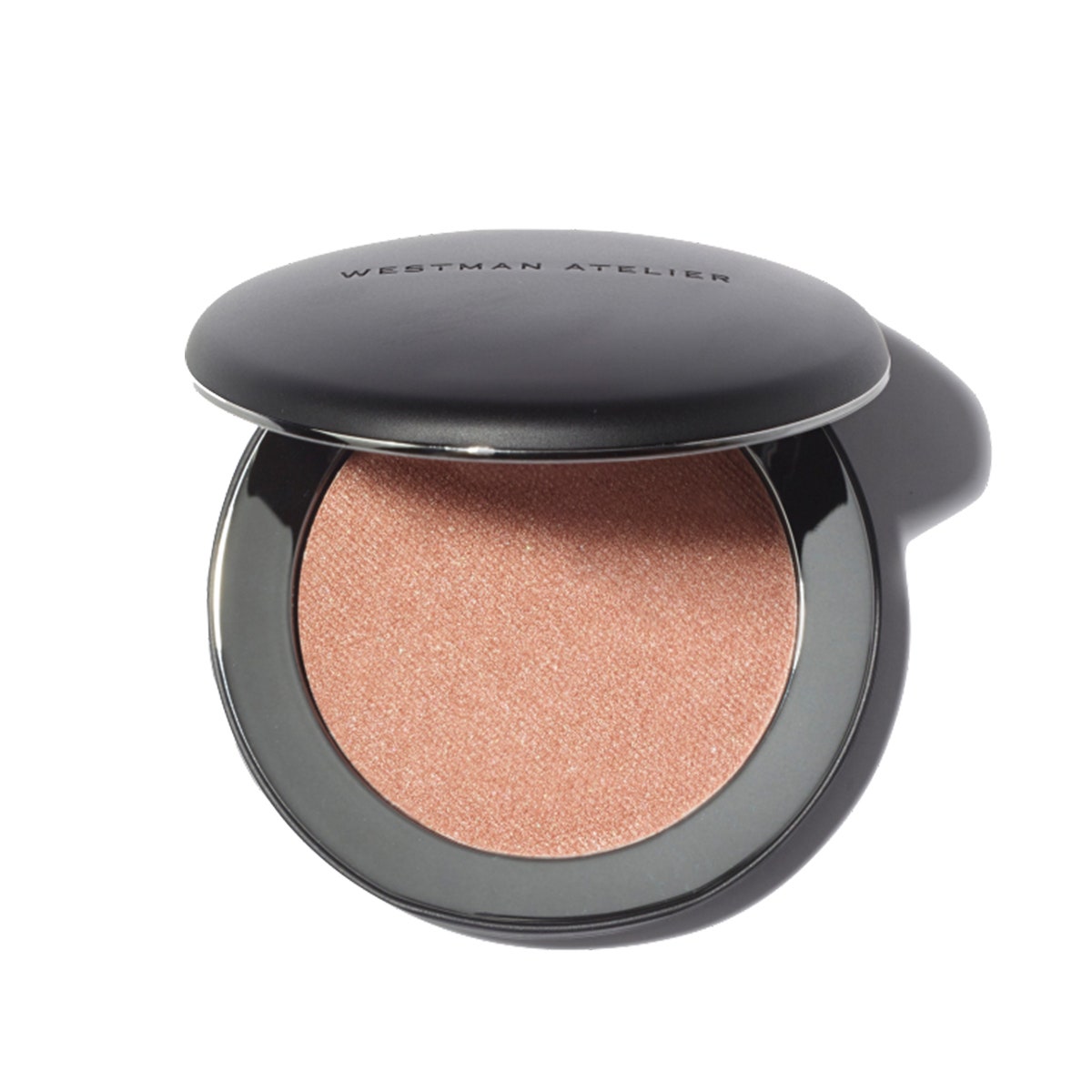