A family physician in Bedford, N.S., says he’s seeing a growing demand for sick notes that are so detailed he feels they violate the privacy of his patients, and he’s starting to push back at the companies that require them.

Dr. Paul Young said some insurance companies and absence-management corporations are now demanding he fill out a two-page form for absences that are two days or longer, including illnesses such as gastrointestinal problems, common colds and migraines. Not only that, some ask that he include copies of up to three months of a patient’s chart.

“The employers should not need to know a medical diagnosis,” said Young. “All they need to know is that there’s a medical reason for it. I feel like any more information is often just used to hold it against the person.”

The most egregious situation, he said, was when a woman took two days off after having a miscarriage, and he was asked to detail the condition that caused her to miss work.

“I don’t think I’m the first person to write a letter back to an insurance company saying that it’s inappropriate,” said Young. “The patient’s privacy should trump.”

Young has been practising medicine for five years and he said he’s seen a dramatic change in the requests for documentation.

To make matters worse, he said the increased paperwork demands are coming at a time when Nova Scotia is experiencing a significant doctor shortage.

He said he’s refused to send the company information that he believes breaks the confidentiality line, and it replied by saying a patient may not get paid unless he sends it.

Kristen Coady, the company’s vice-president of health and productivity solutions, wrote in an email to CBC News that the company keeps all personal information about employees confidential.

“It is our priority and obligation to protect our clients’ privacy, and we do not reveal the full contents of a form filled out by a physician to an employer through the use of dedicated and separate information transfer and display processes,” she wrote.

Coady adds that their request for information is “standard industry practice.”

The form from Morneau Shepell asks to have the test results attached to the sick note. (Carolyn Ray/CBC)

“This allows our case managers to advise our clients on whether an absence meets the definition of disability in an employer’s short-term disability policy, or accommodation policy.”

Coady said the company is sensitive to the physician’s role and time investment.

Young said the situation is so bad that he’s calling on the provincial government to ban the requirement for sick notes for absences under five days. 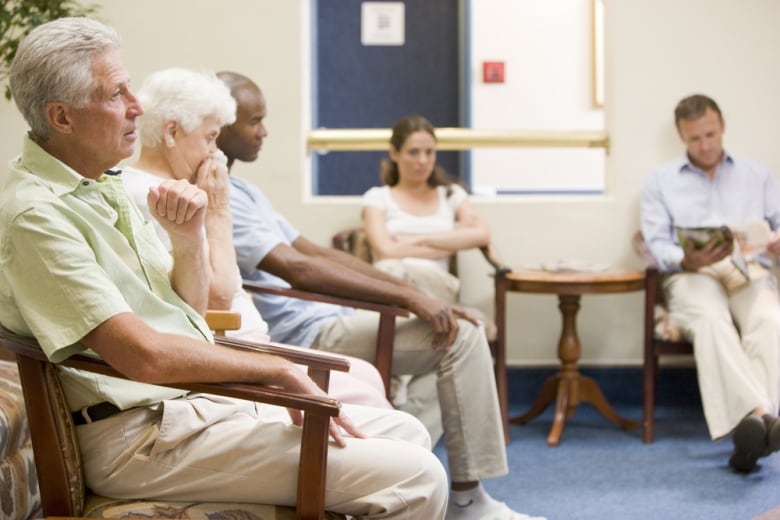 Young says there should be a Canada-wide ban on sick notes. (Monkey Business Images/Shutterstock)

“If the person is off two weeks, sure. I think we would all understand that there needs to be a little work done up, because you should be seeing a physician anyway,” he said.

In early 2018, Ontario briefly banned sick notes, but the legislation was quickly reversed by the Progressive Conservative government that was elected later in the year.

Young said a sick-note ban should be Canada-wide.