A man in his late twenties is in critical condition after an early morning shooting Friday a house party in north Edmonton.

Police say they were called to scene at 11326 68 Street shortly around 4 a.m., after a single shot was fired outside a home in the Bellevue neighbourhood.

The victim was shot in the chest and two male suspects fled the scene, a police spokesperson told CBC News.

‘A single shot was fired’

“One of the people at the party indicated that the party should be over,” Insp. Regan James said in an interview at the scene. “Shortly after that, a single shot was fired and a man is in critical condition.”

The victim was unresponsive when police arrived, but police believe the shooter was known to the victim, James said. The two suspects have not been identified, he said.

Police, with cruiser lights flashing, remained on scene in the hours that followed. They cordoned off an entire block of the neighbourhood.

Investigators are asking anyone who may have witnessed the shooting to contact police.

“It was a party, so once we start filing through that information investigatively, we’ll probably have a better idea of who our suspects were at the party,” he said.

“There is really no concern for the rest of the neighbourhood or anyone else. This was a confined incident to these people. So people should not be concerned.” 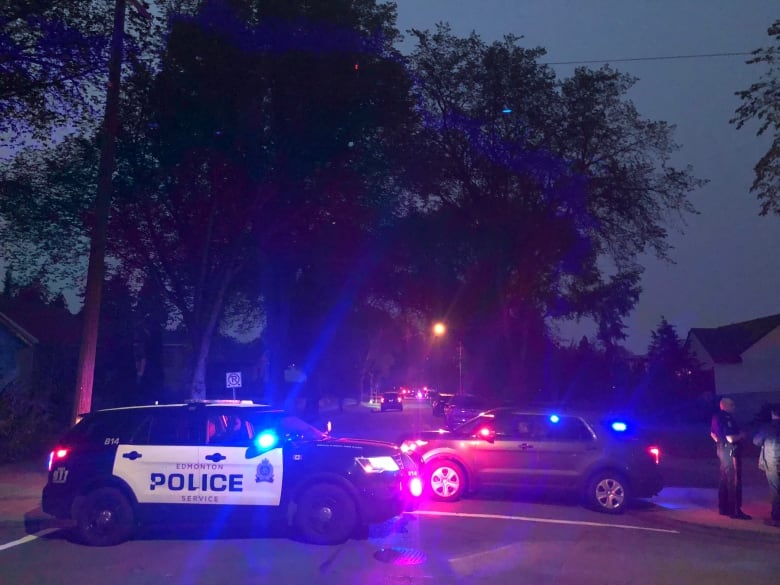 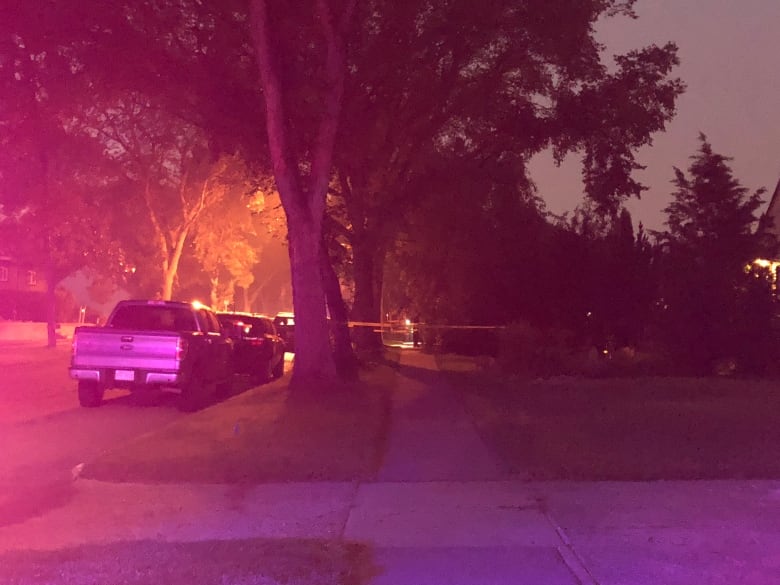 Police say they were called to the scene at 11326 68 Street in Edmonton’s Bellevue neighbourhood. (CBC)