Federal and provincial government staff are raising concerns about the potential impact on health and the environment of a proposed spaceport on the southeastern tip of mainland Nova Scotia, with one staffer warning the project could result in ecological harm that would take centuries to repair.

Government staff made submissions to Nova Scotia’s Environment Department in response to an environmental assessment of the Maritime Launch Services project. The assessment, prepared for the company by Strum Consulting, was described by a number of reviewers as lacking analysis, information and evidence.

In one of the 25 letters received, an Environment Department staffer wrote any spill of hazardous material from the site “would destroy the impacted ecosystems with no chance of recovery for the next several hundred years.”

The project would see Maritime Launch Services build a commercial launch site in Canso — a fishing community with fewer than 1,000 residents — and send satellites into orbit. The project has already received support from the municipality.

Nova Scotia Environment Minister Margaret Miller said last week the environmental assessment, submitted in July, didn’t contain sufficient information for her to make a decision on whether to approve the project. Miller has given the company one year to provide additional information and studies.

Stephen Matier, president and CEO of Maritime Launch Services, said the company was waiting to hear from the minister and would not comment beforehand.

Neil Morehouse, a manager in the Environment Department’s protected areas and ecosystems branch, said in a submission the environmental assessment contained little to no mention of how an explosion, crash or major fuel leak would affect the nearby Canso Coastal Barrens Wilderness Area (CCBWA).

“Soils here are very thin and because of cold wet climate, have taken centuries to form,” he said. “Any liquid spill cleanup would end up removing all soil to bedrock. The proposal suggests that a launch failure is very unlikely, but if it did occur in CCBWA, it would be disastrous.”

The rockets would use kerosene and liquid oxygen for the first stage of the launch and nitrogen tetroxide along with unsymmetrical dimethylhydrazine, or UDMH, for the second stage.

The province’s senior hydrogeologist raised concerns over the use of UDMH, citing studies that describe the chemical compound as a possible carcinogen that’s toxic to humans, fish and aquatic organisms. The submission noted UDMH is being phased out in the U.S. as well as most launch centres in Europe and Russia.

The letter also underscored concerns about the impact of normal operations, spills and launch failures on the municipal drinking supply “given the nature of the proposed propellants.”

The Defence Department, in its submission, suggested an assessment be completed on the impact of a UDMH spill.

The environmental assessment acknowledges propellant spills could happen during transfer to or from the processing facility or during launch failure.

The company said if a spill happened at the processing facility, it would be controlled through catchment systems and holding tanks and “would not impact surrounding soils.”

In a spill caused by a spacecraft crash or launch failure, the propellant would be collected and disposed of, with contaminated soil “removed and treated as hazardous waste.” 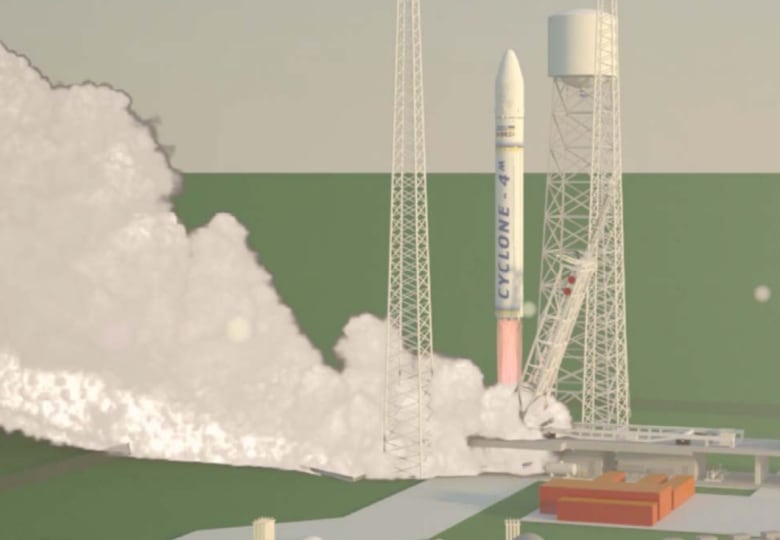 A rendering of the first stage of a rocket launch. (Maritime Launch Services)

Chuck McKenna, manager of the Environment Department’s resource management unit, noted there’s nothing in the assessment to indicate how the company would handle contaminants in fractured bedrock, surface or groundwater.

Even if successfully removed, disposing of dangerous goods or contaminated water could be difficult because there’s nowhere in Atlantic Canada to effectively treat some of the proposed substances, including hydrazine, said Brent Baxter of the Environment Department’s sustainability and applied science division.

Johnny McPherson, who works in the department’s air quality unit, noted the combustion of kerosene and liquid oxygen emits black carbon, which is “harmful if inhaled,” and other expected emissions increase ground-level ozone, “a pollutant that directly affects human health.”

Health Canada said in its letter that it would be useful to see an example of how rocket launches could change air quality.

“This would be particularly relevant in the event of an accident/malfunction where fuel may be dispersed over a larger area, and given the potential toxicity of several of these compounds, may impact the local area,” said the department’s letter.

The department noted that based on information in the report, noise levels won’t be high enough to result in hearing loss in the general public.

While the environmental assessment was expected to outline solutions to potential problems, Heather Cameron of the provincial Department of Lands and Forestry wrote that “in many instances, options for mitigation are completely missing in the document, or are only alluded to.” 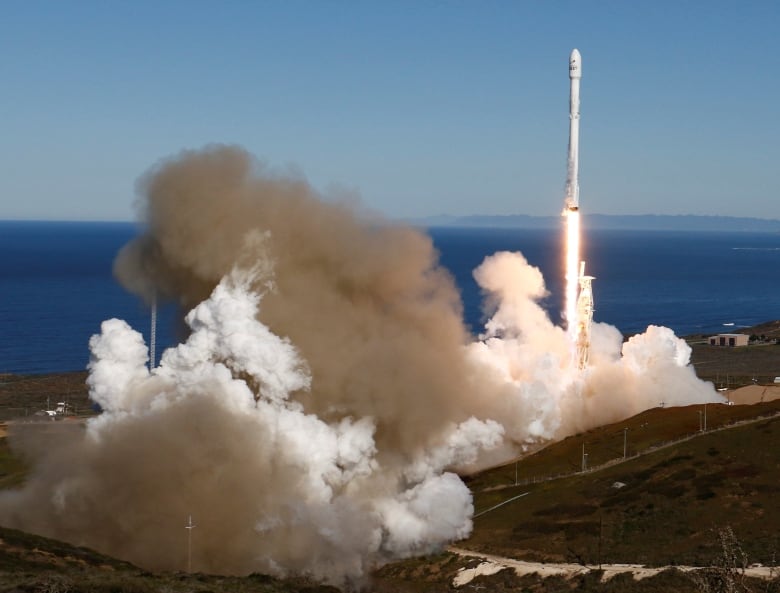 A SpaceX Falcon rocket lifts off from Space Launch Complex 4E at Vandenberg Air Force Base, in California in 2017. (Gene Blevins/Reuters)

She added the assessment repeatedly defers its description of mitigation efforts to its environmental protection plan, which would only be developed after the environmental assessment is approved.

“Please note that it is stated that [the] proponent ‘should’ undertake actions, but it is unclear whether the proponent ‘will’ undertake required actions,” wrote Cameron.

Not every submission raised red flags about the project. The warden of the Municipality of the District of Guysborough wrote a letter voicing his support for the spaceport.

“This project has the potential to provide significant benefits to a region that has been greatly impacted by the collapse of the cod fishery in the 1990s,” wrote Vernon Pitts.

“We place our trust in the Nova Scotia regulatory system to complete its work in a timely fashion. We look forward to the development of this project and encourage its expeditious review and approval.”

Global Affairs Canada questioned in its submission whether Maritime Launch Services’ liability insurance would include the Crown as a beneficiary in the event that a foreign country makes a claim of damage from a space object.

The Canadian Space Agency declined to weigh in on the project.