Late on a Tuesday night in July 2017, 21-year-old Ronnie James Mickasko raced around north Edmonton in a stolen truck. For more than an hour, he was surreptitiously pursued by an Edmonton police helicopter.

Mickasko was a danger to himself, the public and police, the Alberta Serious Incident Response Team (ASIRT) later found.

He drove through red lights, on the wrong side of the road, with lights out and at speeds in excess of 170 kilometres per hour.

The chase finally ended in Strathcona County after Mickasko’s tire was shredded by a police spike belt.

More than a dozen police vehicles quickly moved in — all under the watchful eye of the Air1 camera.

Mickasko flung himself out of the truck, walked a few feet, then laid on his stomach with his hands behind his back.

“He was clearly surrendering,” said Mickasko’s lawyer, Heather Steinke-Attia. “He was giving up. He didn’t anticipate when he was laying on the ground that he was about to receive a brutal beating to his head and face.”

Mickasko was swarmed by at least 15 officers.

The video shows repeated kicks to Mickasko’s head and body, as well as punches and knee stuns.

His right orbital bone was fractured. He had to be taken to hospital for surgery. He also suffered nerve damage and a scratched retina. When Mickasko was transferred to the Edmonton Remand Centre, he spent nine weeks recovering in the infirmary.

‘Grossly excessive’ use of force: ASIRT

Three days after the arrest, ASIRT was directed to investigate the incident. On May 2 of this year, ASIRT executive director Susan Hughson sent her findings and final report to Mickasko. CBC News obtained a copy of Hughson’s letter.

“In my opinion, a reasonable person would view your conduct as nothing less than egregiously dangerous,” Hughson wrote in her letter to Mickasko. “Your behaviour was so dangerous that you presented a risk of grievous bodily harm or death to anyone in your path, civilian or police.”

Despite that, Hughson, who declined an interview request from CBC News, found “there were reasonable grounds to believe an offence was committed” by police. Hughson determined that, in her opinion, the force used by police was “excessive and could support prosecution,” according to the letter she sent Mickasko.

She recommended criminal charges be laid against an RCMP constable and one or two Edmonton police officers.

Those charges were never laid because a Calgary Crown prosecutor reviewed all the evidence, including witness statements and audio and video recordings, and determined there was no reasonable likelihood of conviction.

A Mountie who was suspended three days after the incident remains off the job.

A former senior Crown prosecutor herself, Hughson said she viewed the video repeatedly, both before and after the officers involved were interviewed. She ultimately recommended that criminal charges be laid against the RCMP member who was the first officer to approach Mickasko.

“He went directly to you and more importantly, it would appear that he went towards your head area and delivered a single, what appears to be high force kick to your head,” Hughson wrote to Mickasko. “It is of sufficient force that it causes your head to snap significantly to the opposite side.

“Based on the scene as it presented itself, in my opinion it was not tactically sound and there was no observable necessity for the level of force used.” (In a follow-up email to Mickasko’s lawyer, Hughson characterized the first kick as “grossly excessive.”)

In her letter to Mickasko, Hughson said members of the Edmonton Police Service tactical team “used various forms of force, including knee stuns, kicks and strikes to the torso to attempt to subdue you so that you could be handcuffed.”

Hughson took particular exception to one kick toward the end of the melee that “seemed unnecessary,” she said in her letter to Mickasko.

“It was not as forceful as the initial kick,” she wrote, “but it appeared to me that you had been contained … I believe that the use of force was questionable.”

The Crown did not agree.

“The director of ASIRT said, ‘Are you sitting down?’ She was shocked. She couldn’t believe it.”

Steinke-Attia called the Crown’s decision not to lay charges “indefensible.” 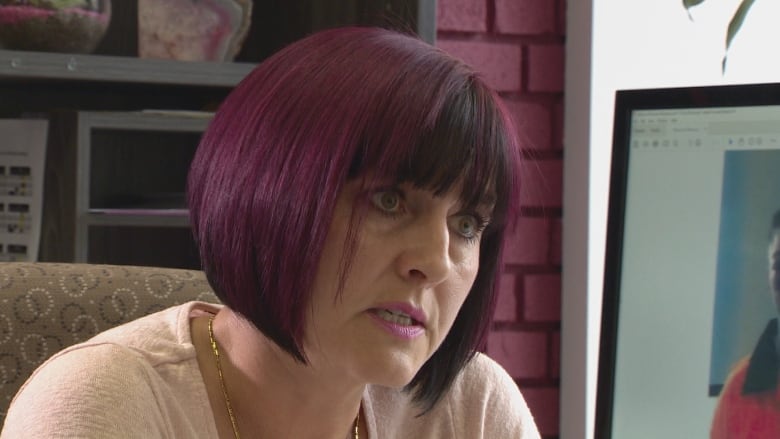 “The concern for me and the concern there should be for members of the public is that we have police officers who think they’re above the law,” Steinke-Attia said. “To my mind, that [decision] sends an unfortunate message to the police officers that you are beyond prosecution: Continue your behaviour.”

The head of the Alberta Crown Prosecution Service defended the decision not to lay charges against officers. In a lengthy emailed statement to CBC, Eric Tolppanen wrote that his office is “mindful of the need to retain public confidence with respect to the Crown’s assessment of  potential police ‘use of force’ cases.” 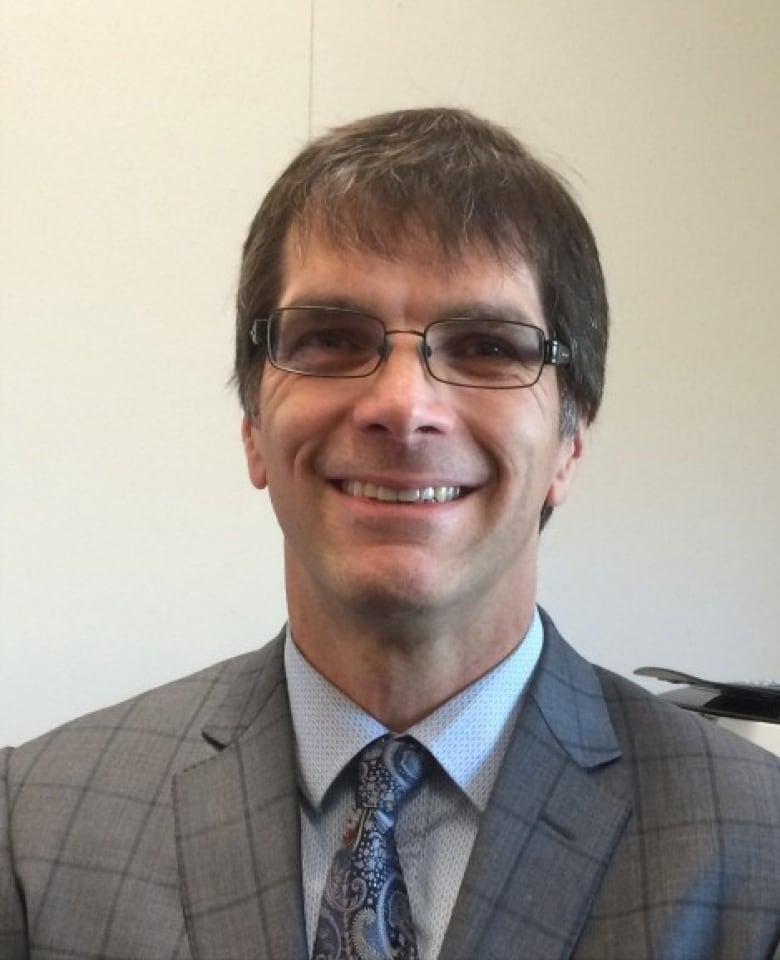 Tolppanen pointed to ongoing concerns during the pursuit that Mickasko had access to firearms.

“In fact, two firearms and more than 200 rounds of ammunition were eventually located in the truck,” Tolppanen wrote. “Once stopped, the police continued to be concerned about the presence of firearms on the suspect.”

Tolppanen said the prosecutor who reviewed the case concluded that the evidence could not establish that the officers knew or should have known the suspect was “giving up,” even if he was.

“Based on this assessment of the evidence,” Tolppanen wrote, “it could not be proven that the use of force in arresting and detaining the suspect was unnecessary or excessive.”

That conclusion contradicts radio communication at the time from an Air1 officer, who notified all members on the ground: “Vehicle’s stopped. Driver’s out. Hands up. Proned himself out. He has proned himself on the ground. Members are approaching and one in custody.”

An RCMP canine-unit officer who later admitted kicking Mickasko initially reported that the suspect had been co-operative.

In his case report, RCMP Const. Simon Bagras wrote: “I immediately got out of my vehicle and ran towards the open door of the truck and saw the driver had laid down on his stomach with both hands behind his back … At this point, the male driver was co-operative and not resisting.”

In his report, Bagras made no mention of the first kick he delivered to Mickasko’s head. But he included his observations about what EPS officers said and did at the time.

“All while this is happening, I heard ‘Are we clear, are we clear? We’re clear, we’re clear. No witnesses.’ At that point, while still kneeling on the now-handcuffed driver, I could feel and hear kicking all around me on the driver. The driver was being kicked from all around.”

Bagras complained he got kicked by mistake because his right calf was next to Mickasko’s face.

“It was extremely painful,” Bagras wrote.

When Bagras was first interviewed by ASIRT, he didn’t mention kicking Mickasko, Hughson noted. Later he justified his actions by explaining he used a “distraction strike kick” because he was concerned about a firearm in the driver’s waistband.

Hughson wrote: “The explanation of the distraction strike kick made no sense in the context of the identified risk. I had concerns about the fact that the RCMP subject officer, if he had those concerns, did not utilize his police service dog.”

RCMP spokesperson Fraser Logan told CBC that Bagras has been suspended with pay since ASIRT began its investigation, three days after Mickasko was arrested.

“It’s never a good day for the RCMP when one of our officers was under investigation for a criminal offence,” Logan said.

Now that the ASIRT investigation is over, an RCMP code of conduct investigation has been launched. Logan said Bagras remains suspended with pay and could face disciplinary action, up to and including dismissal.

In her letter to Knecht, Steinke-Attia referenced witness statements made by three EPS officers who admitted they repeatedly kicked, kneed and punched Mickasko in the head. She named 15 other officers and asked to have the conduct of all 18 investigated.

On May 22 of this year, Mickasko pleaded guilty to 11 of the 33 charges laid against him after the July 2017 pursuit, including dangerous driving, evading police, plus possession of a stolen vehicle and a firearm.

Provincial court Judge D’Arcy DePoe viewed the Air1 video before he passed sentence. He called it “a crazy car chase” that “put people in jeopardy” and noted, “For all that, he received some severe injuries to his face when an RCMP officer, without justification, hit his face.” 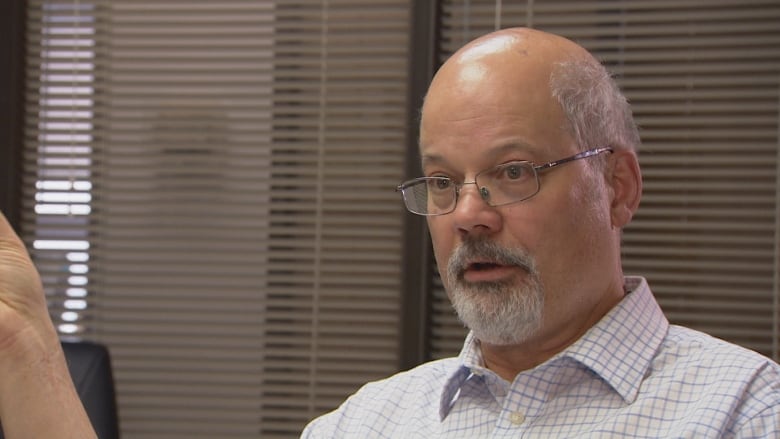 According to a transcript of the hearing, the Crown admitted the violence against Mickasko was a significant mitigating factor in sentencing. Prosecutor Kevin Komosky agreed with the judge that what he saw on the video made him “quite concerned.”

DePoe sentenced Mickasko to 14 months, the equivalent of time served.

“The major mitigating factor is the force that was applied to him, which is a charter breach under Section 12, and therefore there should be a reduction in sentence,” DePoe told the court.

Section 12 of the Charter of Rights and Freedoms states everyone has the right not to be subjected to any cruel and unusual treatment or punishment.

Tolppanen, the head of the Alberta Crown Prosecution Service, acknowledged that the judge found Mickasko’s charter rights were breached. But he told CBC a charter breach is “significantly different” than meeting the criminal standard for laying charges against officers for excessive use of force.

Alberta Justice Minister Kathleen Ganley declined an interview request after the video and documents were shared with her. 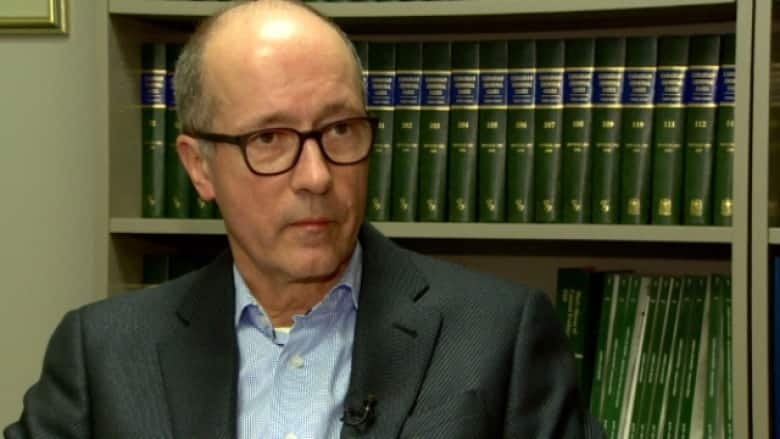 Edmonton provincial court judge D’arcy DePoe reduced a sentence because he found Ronnie Mickasko was subjected to ‘cruel and unusual punishment’ through police excessive use of force. (CBC News )

“My impression is that this is crystal-clear obvious,” Engel said. “Unnecessary and excessive force. So it’s a criminal assault.”

Engel described it as “flat-out perverse” that the Crown’s decided not to lay charges against police.

“It’s going to harm the reputation of the criminal justice system in this province,” he said. “When the public sees this, they should be outraged.”