Stephen Poloz may have set himself an impossible task.

In a speech yesterday to the Chamber of Commerce in Victoria, the Bank of Canada governor promised transparency, but minutes after he had finished speaking analysts were still scratching their heads.

The speech was headlined Let Me Be Clear, and in it the governor promised the bank would do more to reach out to all audiences to explain what it was up to.

“Transparency is only helpful if people can understand what we are saying,” Poloz told the business crowd.

But not only the reaction to the governor’s words, but the speech itself were proof of why that is such a challenging goal.

Immediately following the speech the Canadian dollar slid to new recent lows against its U.S. counterpart.

The implication of such a currency move was that Poloz might not be raising rates later this month, as the economy suffers from a tariff and trade war.

A slowdown in rate hikes would be good for Canadian borrowers and homeowners worried about rising mortgage payments.

A falling loonie seemed to indicate interest rates would not go up this month but other indicators show hikes are still on. (Jonathan Hayward/Canadian Press)

But wait a minute. While that’s what the currency market was saying, another more subtle market measure, based on traders betting on financial instruments called swaps, showed the chance of a rate hike at about 55 per cent.

That was down from noon yesterday when the bet was was about 60 per cent, but still higher than the night before when the figure was just above 50.

On an even more subjective measure — the opinions of economists at 14 major financial institutions — the vast majority still expect rates to go up this month.

As clear as possible

Even after the speech promising clarity, which Poloz said was written “at about a Grade 12 level,” it was pretty clear that the governor’s words could be read in different ways.

As the Bank of Montreal’s Benjamin Reitzes pointed out after the speech, there were clear statements hinting Poloz would hold off on raising rates. And there were other statements that seemed to hint he would hike as planned.

“This afternoon’s speech from Governor Poloz in Victoria was not the epiphany on the upcoming July policy announcement that many were hoping,” said Reitzes in a market note last night.

The fact is, despite the Grade 12 vocabulary and sentence structure, like almost all statements by central bankers about the next rate rise, the message was carefully hidden and only accessible to those adept at winkling them out. And while the words were simple enough, the economic concepts were less so. 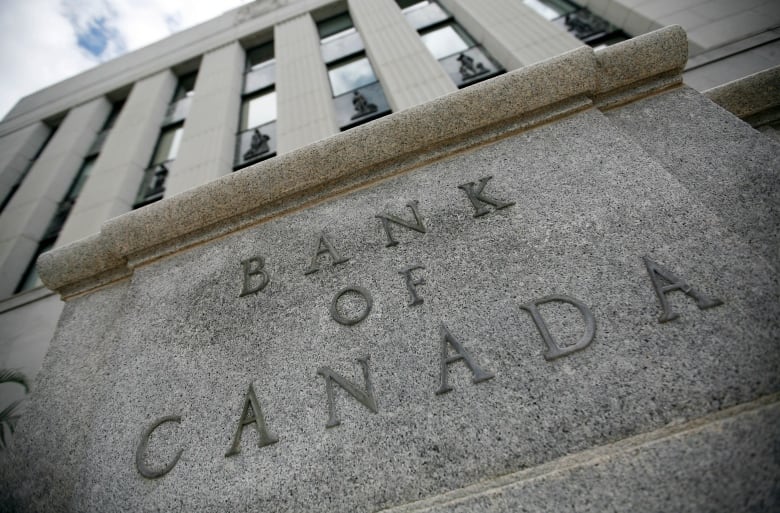 While promising clarity, Poloz said he was not going to ‘jump the gun’ in revealing what the Bank of Canada will do at its policy announcement July 11. (Chris Wattie/Reuters)

The part of the speech that seemed to show interest rates would rise was a reference to the most recent bank policy statement updated to indicate the economy was strong.

“In fact, this shift in language represented increased confidence that the economy was performing as we expected, and that higher interest rates will indeed be warranted,” Poloz reiterated. “Financial markets understood our message.”

Threat of a trade war

But a few paragraphs later Poloz sounded far less confident, implying that not just the threat of a trade war, but rising house prices and high borrowing could lead to restraint on interest rates.

“These days there is a litany of things we simply do not know,” Poloz warned when discussing the models the bank uses instead of a crystal ball.

“These include the degree to which uncertainty about trade policy is holding back business investment, how new guidelines for mortgage lending are affecting the housing market, and how sensitive the economy is to higher interest rates given the accumulation of household debt.”

But the important thing to understand, and what Poloz really did say, was that the Bank of Canada would not make its policy decisions based on media scares or threats from politicians.

The bank, he said, uses data. And one of the clearest bits of data that signals whether rising tariffs or the threat of those rising tariffs is hitting the economy is whether businesses are continuing to invest.

And so far, says Poloz, they are.

The other indicator, he said, was the impact of tariffs on Canadian consumers, because tariffs cause higher prices. And that was more confusing.

He pointed out that rising tariffs could have a direct impact, pushing inflation higher while slowing the economy, a classic definition of stagflation.

As tariffs of 10 or 25 per cent are added, that would tend to push prices up, he said. Of course higher prices are the traditional indicator that the bank should raise interest rates. But a weakening economy tells them they should cut rates.

“The economy may be slowed, or it may speed up, but probably it will slow,” Poloz explained. “But inflation is more likely to rise.”

“So, I’ll leave it to you to figure out what the optimal policy response is.”