A facility that gives its guests plenty of treats, has heated floors and plays spa music sounds like a vacation fit for a human.

But it’s actually Edmonton’s lost animals at the city’s Animal Care and Control Centre that are treated to such luxuries.

“It isn’t the pound of yesteryears where it’s dirty or noisy,” said Tanya Laughren, the community relations advisor for the centre.

These felines are just two of the many shacked up in their own spaces at Edmonton’s Animal Care and Control Centre. (Trevor Wilson/CBC)

The centre is a temporary shelter for lost and stray animals, with the goal to reunite animals with their owners.

“We don’t want to take animals, we’ve got enough of them,” Laughren said. “We need them at home with their parents.”

The shelter takes in more than 7,000 animals every year and about 4,000 of them are cats. Many of them have identifying marks, but some don’t.

Laughren said they will try to contact the owners if it’s provided on the identifying information. If not, owners have 10 days to come get the animal. Animals that don’t have tags or a chip are kept for three days. 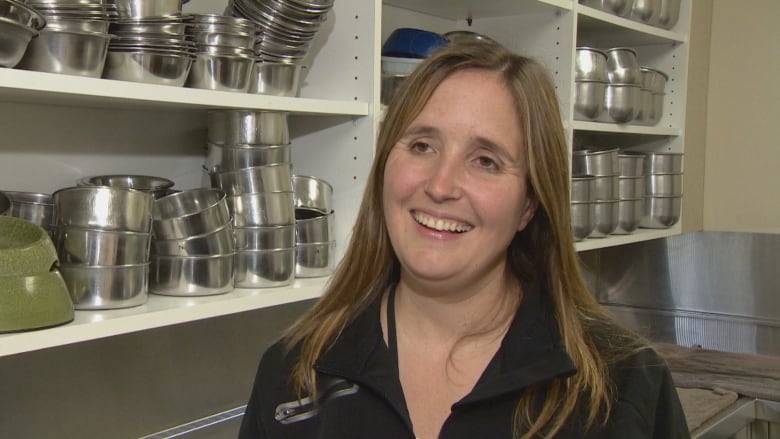 Tanya Laughren with the animal control and care centre says the centre takes in more than 7,000 animals every year. (Trevor Wilson/CBC)

If the animals aren’t returned to their owners at that time, the animal centre assumes ownership and gives them to the Edmonton Humane Society and other local rescues for purpose of adoption.

The facility’s return rate for dogs is 85 per cent, but for cats it’s only 16 per cent. Cats are much less likely to get chipped, which makes it harder for animal control and their owners to identify them.

“People do not value cats the same way they do dogs, unfortunately,” Laughren said. “They don’t think the cat is going to sneak out when they’re bringing in groceries or the pizza man comes.”

Though the euthanasia rate is only five per cent, lost cats without a way to identify them can mean the facility can fill up quick. Laughren said it’s the biggest issue facing the centre.

“ID is so essential to your pet,” Laughren said. “Without ID, we cannot track you.” 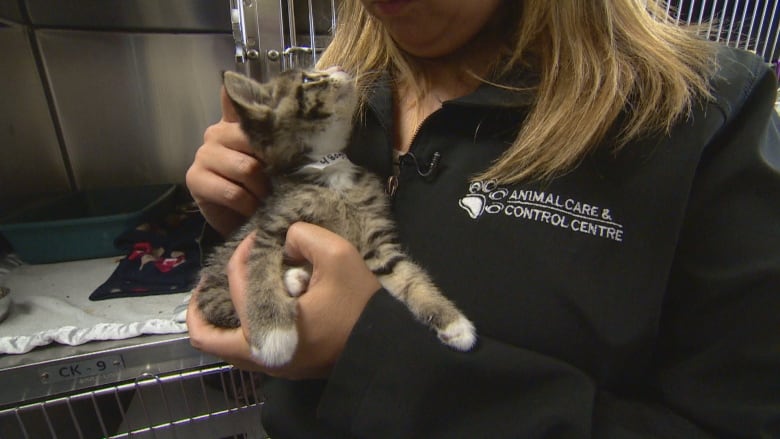 The facility gets a lot of kittens in. Many of them aren’t chipped, so they often get adopted out to families. (Trevor Wilson/CBC)