When WestJet launched in early 1996, co-founder Clive Beddoe’s strategy wasn’t to go head to head with Air Canada, but instead to get people in Western Canada out of their cars and into the skies.

They started with three planes, 200 staff and cheap fares — like $29 from Calgary to Edmonton, taxes not included.

“Our classic market is going to be those who are driving. People who travel right now in their car. Our principal competitor is Ford or Toyota,” Beddoe said at the time.

But WestJet has since grown far beyond those humble beginnings. The airline now has roughly 170 planes, 13,000 employees, and a flight schedule that criss-crosses North America and reaches into Europe and the Caribbean.

Indeed, WestJet is now in a transformational stage as it becomes an international airline offering premium services.

As the Calgary-based airline revamps its operations, the carrier is becoming more and more like its rival in Montreal, Air Canada, which has itself adapted over the years to be more like WestJet.

WestJet is currently grappling with a looming work stoppage as it negotiations its first union contract in the company’s history. Air Canada was quick to say it’ll try to help any stranded passengers, just like WestJet’s offer when Air Canada hit serious labour pains in 2011.

The business direction of the airlines are becoming as aligned, as are their ticket prices. Those in the industry say differences between the two carriers are essentially non-existent.

Already, the reason some passengers will only fly with one particular airline is much more about collecting points than believing one carrier provides a particularly better experience. 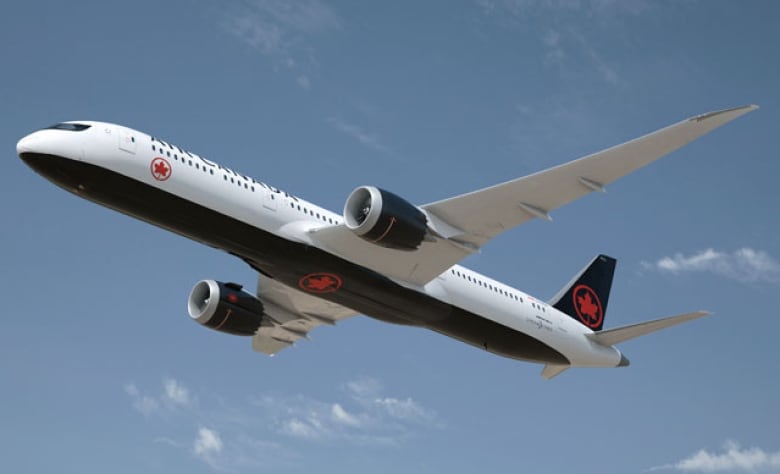 Air Canada says it is prepared to boost its capacity in the event of a strike at rival WestJet. (Air Canada)

At this point, Canada’s two airlines have much more in common than separates them.

“I can recall Clive Beddoe saying at one point, ‘WestJet will never fly east of the Manitoba border.’ Well, they are flying a lot further east,” said Rick Erickson, an independent airline analyst who has attended many WestJet shareholder meetings over the years. “Like it or not, WestJet is becoming much more like a large international carrier.”

The air wars begin as WestJet begins flying later in the month. The story originally aired on February 5, 1996. 1:44

It has grown to the No.2 airline in Canada, with an increasing presence overseas. WestJet already flies across the Atlantic Ocean and is expected to launch trans-Pacific flights in 2019. And it won’t be flying its traditional Boeing 737s, but premium seats on new Boeing Dreamliners — the same aircraft Air Canada started flying a few years ago.

To this point, WestJet offering flat beds in business class during a transcontinental flight was unimaginable, but CEO Ed Sims describes the Dreamliners as “a beacon for what the future holds.” 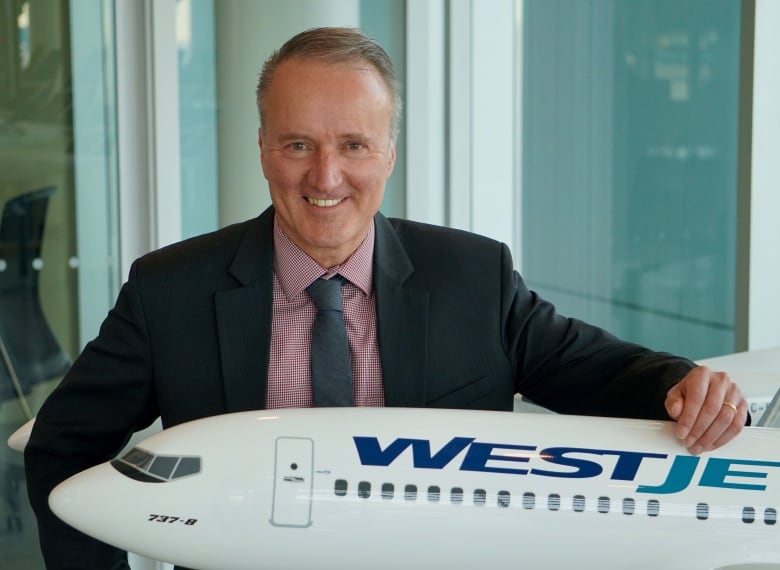 Employees are still owners, but the close-knit team atmosphere is fading.

“When you’re a small little group, basically from the same cowboy culture in the same city, it’s very easy to have a nice family culture within the airline. Believe me, WestJet took that an awful long ways,” said Erickson. “Within WestJet there still is that strong service culture.”

WestJet is even considering paying commission to its flight attendants on Swoop for in-flight sales such as food and drinks, just as Air Canada did several years ago.

The cabin crew shares seven per cent of sales on a flight, according to the union.

“Will they up-sell? I don’t think so,” said Fred Lazar, who follows airlines at York University’s Schulich School of Business. “But they will at least be more eager to perform this task as compared to if they weren’t given a cut.”

At this stage, there are countless other similarities between the two airlines. They both offer bilingual service on the majority of flights, they both contract regional airlines to fly to smaller cities, and they both operate secondary economy airlines with WestJet’s Encore and Air Canada’s Rouge (both with a fleet of about 50 planes), among others.

On the labour front, WestJet and Air Canada pilots share the same union. The group representing Air Canada flight attendants is trying to organize the same employees at WestJet.

It’s often said WestJet is becoming more like Air Canada, but Canada’s longstanding airline has itself taken a page out of its competitor’s book on many occasions.

WestJet still has to continue growing to reach the size of Air Canada, but the company has experienced quite the change for WestJet in particular with its modest beginning out west in the 1990s. Back then, Canadian Airlines was the number two airline in the country