Mi’kmaq youth in Nova Scotia will have the chance to let their imaginations run wild in new science and technology labs being introduced to every First Nation in the province.

“I want to make a space city on the moon,” said Mi’kmaq student Robert Paul.

Classmate Robert Sack described his own path to one day exploring the cosmos.

“It depends if I go to the correct college,” he said. “If I make it past all the grades or not, which I probably will.”

Hansen spoke at the event and cut the ribbon.

“A maker lab allows [students] to take a little bit of knowledge, and right away put it into action, figure it out for yourself,” he said.

“People that can teach themselves will be able to offer the most in society.” 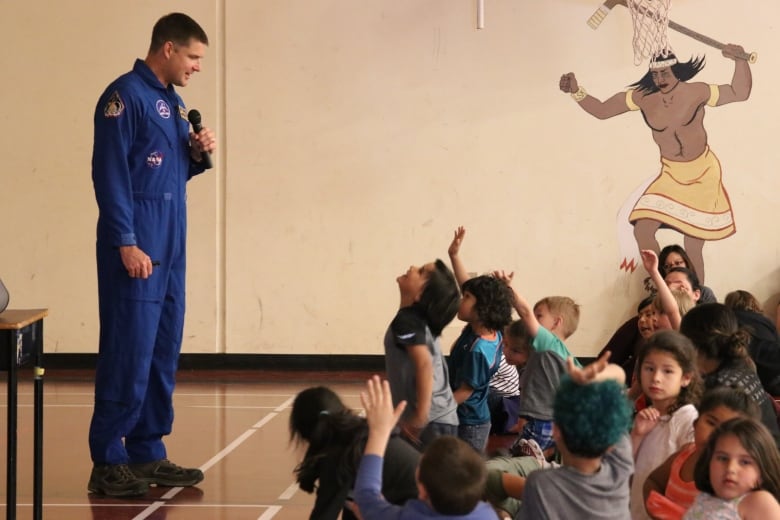 Hansen speaks to students at the school. (Luke Yoho/CBC)

The lab at LSK will offer students several STEM-related resources that include coding through robotics, animation, 3D tech design and artificial intelligence. The classroom also includes an elder’s circle for students to connect with traditional Mi’kmaq knowledge and histories, as well as for the elders to learn a few new skills themselves.

Hansen added that much can be learned from Indigenous Peoples’ traditional knowledge.

“I’ve been enriched by Indigenous culture,” he said.

“What I’ve come to recognize is traditional knowledge is very, very rich.” 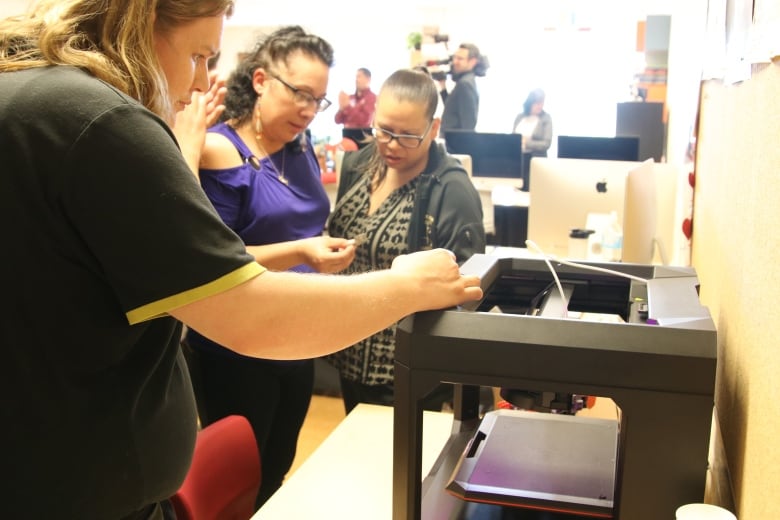 Ulnooweg’s Chief Operating Officer, Chris Googoo, said he hopes that programs like the maker labs will help Mi’kmaq children excel scholastically and beyond.

“Our approach is to bring the knowledge of the private sector into the schools,” said Googoo,

“Honestly, the ultimate goal would be to launch the first Mi’kmaw astronaut.”

Googoo said the development group was inspired to create the labs after an evaluation showed the need for more STEM education opportunities in First Nations communities in order to compete in tomorrow’s job market.

The next maker lab will be opened at Mi’kmawey School at Nova Scotia’s Potlotek First Nation on June 7.