Two opposing views on Alberta’s gay-straight alliances got a lot of attention on Sunday — one in a publicized political motion and the other in a quiet government-sponsored awards ceremony.

Alberta’s United Conservative Party voted 57 per cent in favour of a resolution allowing schools to inform parents when their kids join GSAs.

“I can’t think of something worse than me not getting to tell people myself,” Nicholls said about coming out.

After joining a GSA at a Calgary high school last year, Nicholls said he gained the confidence to start telling his close friends, his relatives, then his parents that he’s gay.

“It’s about when you’re ready. It should be up to you,” he told CBC News Sunday.

Nicholls, a secretary with the New Democratic Youth of Alberta in Calgary-Northwest, said he was surprised by how many UCP members supported the motion.

He didn’t mince words on social media when the vote was reported.

There are so many reasons why this resolution should never be put into policy. Here are afew. 1- Yesterday my friend told me about how he wasn’t invited to his dads wedding because he is gay. 2- My friend told me how he had to leave home and live on his own because his dad abused

Danielle Larivee, Alberta’s Minister of Children’s Services, gave out the Great Kids Awards Sunday to 16 recipients at the Fantasyland Hotel in West Edmonton Mall, noting Nicholls is a strong advocate for LGBTQ2S+ youth.

She said she’s disappointed that many Albertans don’t agree that vulnerable youth should have the right to reveal their sexual orientation when they’re ready.

“If they haven’t disclosed it, then they have a reason and they deserve all the respect of waiting until they’re comfortable and willing and feel safe disclosing,” she said. 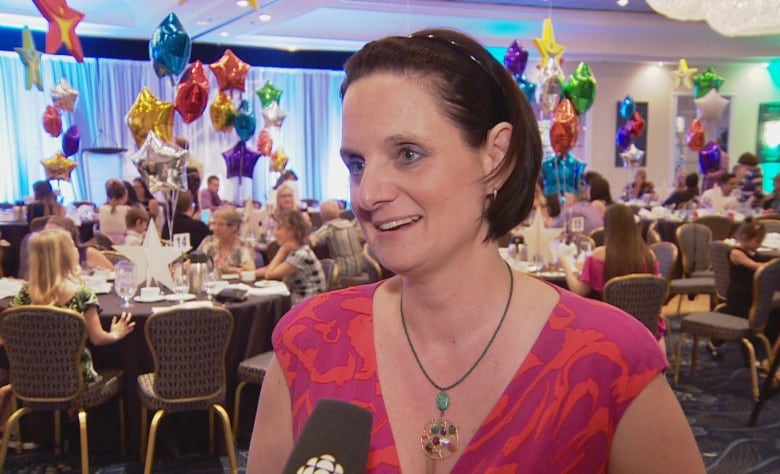 Larivee said there are many cases in which families abandon their children and kick them out of their home for being gay.

The NDP passed Bill 24 last fall, making it illegal for schools to out children to their parents.

“I think it takes the whole point out of a GSA,” he said. “For me, it has been to grow and be comfortable with myself.”

Nicholls said the existence of GSAs isn’t widely advertised at schools. He didn’t find his club until he was 14.

“It’s just letting kids know there are safe places to talk about things,” he said.

Nicholls said he thinks school administrators should do more to let students know about GSAs.