A group of First Nations in British Columbia are moving to tame the morel mushroom picking industry, long known for its “wild west” character, governed only by fluctuating prices driven by culinary demand and the natural forces that control supply.

The Secwépemc Nation, led by six communities, has moved to control the expected morel picking rush on its traditional territory by requiring pickers and buyers to obtain permits before taking part in the lucrative harvest.

Last year’s Elephant Hill wildfire, which burned about 191,865 hectares, created prime conditions for a potentially massive morel crop. Morel mushrooms are a gourmet delicacy and a large influx of pickers and buyers who follow the prized mushrooms with the ferocity of Klondike-era prospectors is expected this year.

“While we were watching the flames our first thought was, when this is done, there are going to be hundreds of people coming onto our land the following year,” said Bonaparte Indian Band Chief Ryan Day, whose community sits about 86 km west of Kamloops, B.C.

“Our people have always wanted to do territorial patrols, be stewards of the land,” said Day.

“The focus isn’t on law and control. The focus is on getting our people on the land in the roles that their ancestors left for them.”

The Secwépemc nation is requiring three permits for the morel harvest on the territory — $20 for a picking permit, $500 for a buyers permit and $30 to access a designated campsite.

The nation wants harvesters to use designated campsites as their base of operations to lessen the environmental impact on the post-burn environment.

Picking permit holders get a package that includes a map of the area highlighting designated campsites, no-picking zones and private lands along with the status of logging roads.

The package also includes an emergency response plan that includes a listing of radio frequencies for those in need of help.

The Secwépemc nation is also providing portable toilets and garbage pickup at designated campsites. Registered buyers, who get a harvesting permit as part of their package, are also identified on a digital map.

Community members with status cards are exempted from the permits.

An example of an abandoned morel picking camp. (Submitted by Ceila Auclair)

Morel buyer Ceila Auclair, who owns Wild West Foragers, said she was a bit surprised by the permit requirement when she recently entered the territory, but complied because it will have a positive impact on the harvesting season in the area.

“The thing with the garbage is great,” she said.

“It will avoid a lot of conflict with wildlife. I have seen so many conflicts with bears.”

Auclair said she made her first purchase of morels on Tuesday totalling about 68 kilograms of the mushrooms.

She said she doesn’t plan to ask pickers if they have a permit before purchasing because it is not up to her to enforce the new system.

Pickers are starting to trickle into the area with about 200 already scouring through the charred brush searching for the prized morels, she said.

The Secwépemc nation has so far issued about 60 picking permits and four buyer permits.There are an estimated seven buyers within the territory, according to data provided to CBC News.

The program began to roll out on May 4. The season is expected to run into July, with peak picking hitting about the mid-June mark.

The Secwépemc nation is also conducting regular patrols of the territory to provide assistance, if needed, and check if pickers and buyers have the permits required to operate in the territory.

Skeetchestn Indian Band Chief Ron Ignace said those who refuse to purchase the permits will be asked to leave the territory.

It’s in the pickers’ interest to obtain a permit because the Secwépemc nation is providing a safety net for an activity that can be dangerous, said Ignace, whose community sits about 35 km west of Kamloops.

“This area has been totally burned out. The wildlife, the deer and moose, have very little food to eat and the bears are now coming out of hibernation with no food around but a lot of pickers out there,” he said. 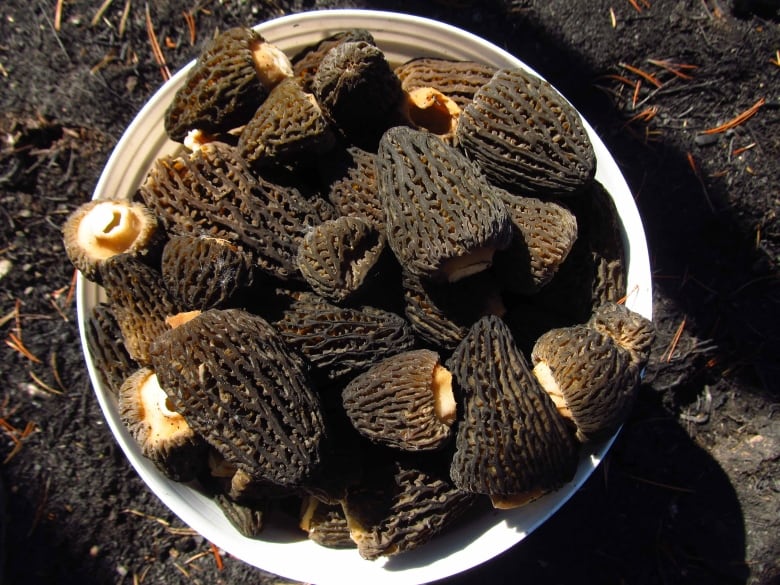 A basket of freshly picked morels. (Submitted by Ceila Auclair)

The provincial government is supporting the project and is discussing the possibility of providing funding, said Rachael Pollard, district manager with the Ministry of Forests.

Pollard said the province and the First Nations share many of the same morel picking concerns.

“There are crime concerns, concerns around the safety of the mushroom pickers themselves and there is impact on the environment,” said Pollard.

The ministry’s pre-planned ban for off-road vehicle travel through the burn area, which came into effect Thursday, will help the Secwépemc nation’s efforts to protect the fragile post-burn environment, said Pollard.

Plans for the morel permit program grew from broader and ongoing wildfire recovery work between the province and First Nations.

It is also a major step toward the Secwépemc nation asserting its jurisdiction over non-timber forest products, said Dirk Brinkman, co-founder of the Brinkman Group, an environmental and tree planting firm.

Brinkman said the Secwépemc nation has about 162 species of plants on its territory that can provide some sort of benefit like the morel mushroom, which is a highly desired gourmet delicacy around the globe.

“Helping them with the recovery is a logical opportunity to look at the understory crop as an economy for these communities,” he said.

The Brinkman Group — which was already engaged on wildfire recovery with the Secwépemc nation — helped develop the permit program and train the nation’s monitors, known as “guardians.” 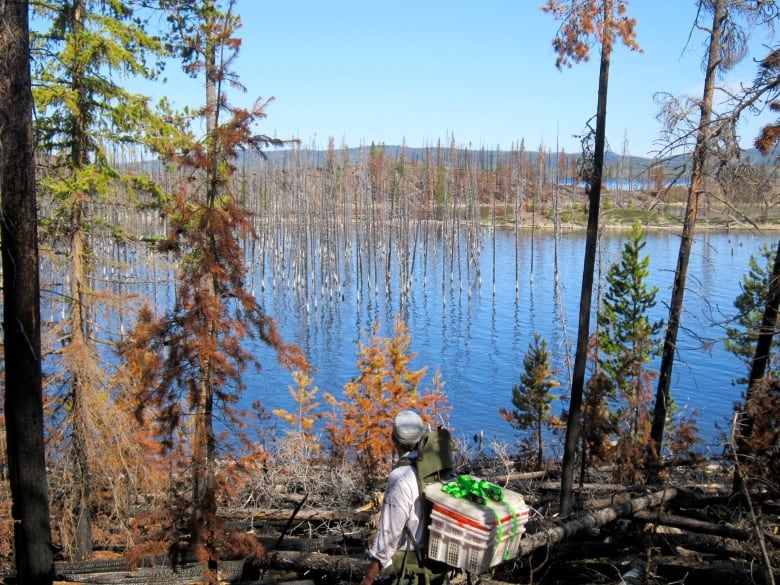 Ignace said the permit program is just one piece of a much bigger picture as the Secwépemc nation moves to assert jurisdiction over the forests throughout the territory.

More than half a century of provincial forestry policy that outlawed traditional burns and allowed tree planting methods that replaced mixed forests with conifer corridors created the conditions for massive wildfires in the province that have broken historical records, he said.

“This is just the beginning of us taking control of forest management,” said Ignace.

“My great-grandfather used to go out and strategically, tactically burn certain areas so we could enrich the fruits and berries of the area and enrich the grasses so the game could have better feed … and ensure a biodiverse forest.”