Welcome to the fourth and final instalment of ‘Automate This!,’ a Day 6 series about the future of work in an artificially intelligent world.

That’s how Yuval Harari describes the unlucky masses who could find themselves out of work as a result of the coming technological revolution.

Harari, the author of Sapiens and Homo Deus: A Brief History of Tomorrow, has made a career of studying how past technologies have shaped humankind.

But he believes the arrival of artificial intelligence technology will push us into uncharted territory.

“We have not seen anything like it for thousands of years,” he tells Day 6 host Brent Bambury.

Machine learning technology is already capable of performing tasks that once seemed to reflect the pinnacle of human creativity.

At Simon Frasier University, for example, researcher and musician Philippe Pasquier has developed a computer program whose compositions are largely indistinguishable from Chopin or Brahms — at least to most human ears.

“Until very recently, computers competed with us mainly in physical skills and physical jobs,” Harari says. “But now, for the first time in history, machines are beginning to compete with us in cognitive skills as well.”

“And we just don’t know of any third kind of skill, beyond the physical and the cognitive, that humans can … move to work in.”

The pace of technological change has left Harari skeptical that humans will be able to outperform computers at enough tasks to keep everyone occupied in the decades to come.

Many technologists argue that new jobs will be created to replace the ones that are automated — just as the computer revolution brought us data engineers and video game designers.

But those futuristic jobs may be beyond the reach of the people displaced by automation.

“It’s not enough to just create new jobs for humans. You need to retrain people to fulfill these jobs,” Harari says. “If you think about a 40-year-old unemployed textile worker in Bangladesh, he or she just don’t have the skills to design virtual worlds.” 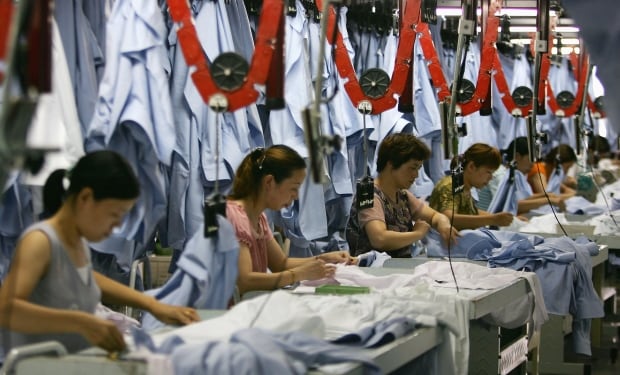 The average textile worker will not be well-placed to take advantage of the new jobs created by the A.I. revolution. (Guang Niu/Getty Images)

Even if 40 per cent of the population is able to find deeply fulfilling work in an artificially intelligent world, Harari argues, the plight of the remaining 60 per cent would be a catastrophe.

And we shouldn’t assume that it will stop there, he says.

“The A.I. revolution will not be a single watershed event. Even the new jobs within 10 or 20 years might be automated. So you have to do it again and again.”

Still, Harari is not entirely pessimistic about the path ahead.

“The A.I. revolution will not be a single watershed event.” – Yuval Harari

“Technology is never deterministic,” he says. “The same technology can be used to create very different kinds of societies.”

“In the 20th century, you could use the technology of the Industrial Revolution to create a communist dictatorship or a fascist regime or a liberal democracy. And the same is true with the rise of artificial intelligence and robotics and machine learning.”

“Some people envision a wonderful situation in which all the dreary jobs are taken care of by the machines, and humans are supported through some sort of universal basic income scheme. And they can devote themselves to hobbies, and art, and meditation and religion.”

“And then there are, of course, the more dystopian scenarios — in which humanity is split into a tiny, all-powerful elite and a vast underclass who has got no economic power, no political power, and whose life is totally at the mercy of the elite.” 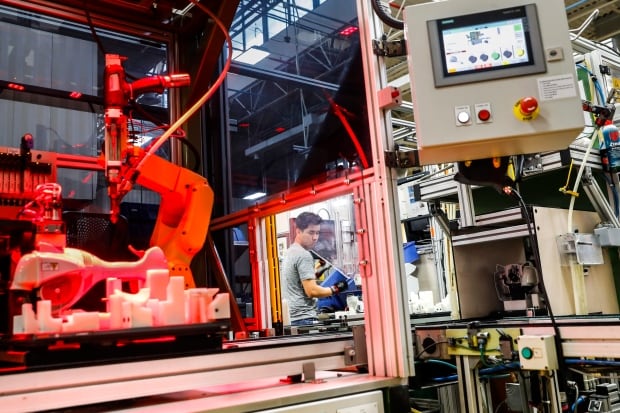 An assembly line laborer works alongside a collaborative robot, left, on a chainsaw production line at the Stihl Inc. production plant in Virginia Beach, Va. (The Associated Press)

The fight against irrelevance

Today, workers who feel threatened by the loss of economic power can stage a mass uprising to protect their rights.

But Harari warns that if we do see the rise of a “useless class,” the masses could lose their political power along with their economic value.

“It’s much more difficult to rebel against irrelevance than against exploitation.” – Yuval Harari

The masses were powerful because they were needed by the elites, Harari says.

Even dictatorships relied on millions of people to keep the factories running, and to serve in the military.

But in an age where factories run on algorithms and wars are won in cyberspace, those masses may no longer be needed.

“The high caste which dominates the new technology won’t exploit the poor. They just won’t need them,” Harari says. “And it’s much more difficult to rebel against irrelevance than against exploitation.”

There’s some evidence that people may be starting to push back against automation.

“It’s too early to say [for certain], but some people argue that what we saw in the last few years with the rise of Donald Trump and Brexit is the first new type of revolt,” says Harari, “a revolt of people who still have some political power, but are losing their economic power, and they try to do something before it’s too late.” 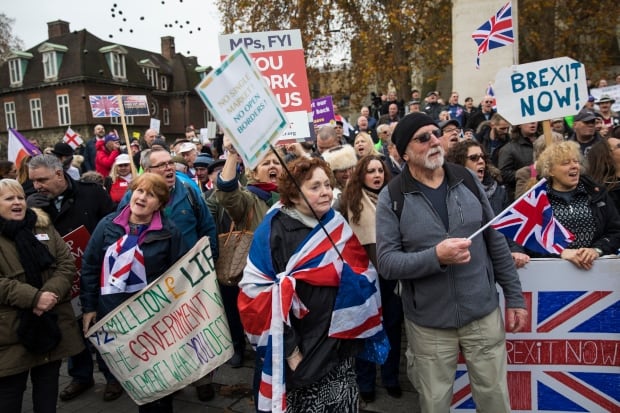 Pro-Brexit demonstrators protest outside the Houses of Parliament on November 23, 2016 in London, England. (Jack Taylor/Getty Images)

As society becomes more reliant on automation, Harari believes the balance of global power may well tip away from governments towards the ever-more-influential tech companies.

Of course, it could just as easily go the other way.

It’s possible that different countries could handle the rise of the tech companies in different ways.

“In a place like China, for example, I could imagine that the government will fulfill the role that the big tech giants are fulfilling in North America.” 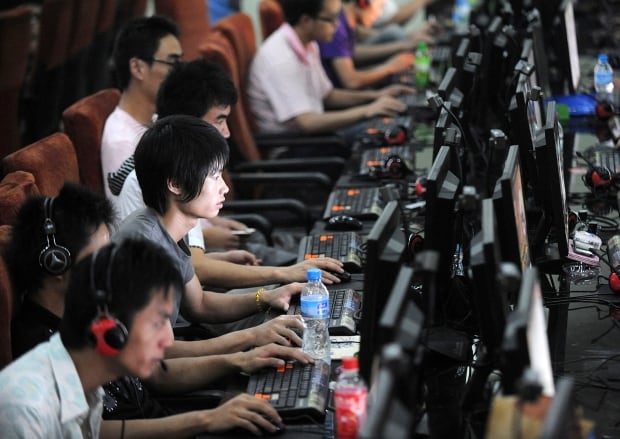 Customers use computers at an internet cafe in Hefei, Anhui province. (Jianan Yu/Reuters)

Harari doesn’t necessarily view the rise of powerful tech companies as a dystopia; to the contrary, he says, the system could have advantages.

And the end of work wouldn’t necessarily lead to a world devoid of fulfillment.

“Jobs are just one way of providing humans with meaning and purpose,” Harari says. “Children seem to live a very fulfilled life without having any jobs at all. And humans often find meaning and purpose in games; in hobbies. It’s a question of how we educate them.”

But are workers and governments prepared to tackle the challenges ahead?

“Absolutely not,” Harari says. “The political system is largely ignoring this problem. The A.I. revolution is still hardly a blip on our political radar.”

“[In] the last election in the U.S., there was a lot of talk about the job market, with Trump frightening voters that the Mexican and Chinese will take their jobs. But nobody even mentioned the idea that actually it’s the robots and computers that will take the jobs.”

Click here for Part One, Two and Three of Automate This!, our special series about the future of work in an artificially intelligent world.

For the full interview with Yuval Harari, download our podcast or click the ‘Listen’ button at the top of this page.

WorkShift is a month-long radio and digital series examining the profound changes in the way people work.  Subscribe to the WorkShift Newsletter for a chance to share your story with the nation. Or browse through a constantly expanding lineup of great stories. 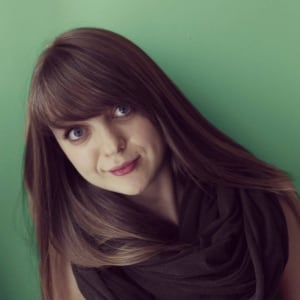 This story was produced by Annie Bender, an associate producer at Day 6, and the producer of “Facing the Change.” She’s also worked with q, As it Happens, and CBC KW’s The Morning Edition.