Some Indigenous leaders in B.C. scored a major victory recently after they successfully lobbied Premier John Horgan to join a legal fight to stop the Trans Mountain pipeline expansion.

The $7.4 billion project, which got the green light from Prime Minister Justin Trudeau last fall, now faces an uncertain future in the face of vehement opposition from some anti-pipeline protesters, which count many First Nations peoples among their ranks.

But there are voices on the other side of the divide who want to stake their claim in this fractious debate: Indigenous peoples who are decidedly pro-development. These groups see pipeline projects as a potential boon for communities eager to lessen dependence on the federal government and its control over their financial destiny.

“The reality is it is the only way forward. There’s nothing else,” Calvin Helin, an executive with the Eagle Spirit Energy, a company that hopes to build an Indigenous-owned pipeline from the Alberta oilsands to the B.C. coast, said in an interview with CBC News.

Helin said there are few economic alternatives for many rural and remote Indigenous communities where there are unemployment rates in excess of 90 per cent.

Indigenous-owned Eagle Spirit Energy Holdings has sought to build a pipeline from the oilsands to the north coast of British Columbia.

“Ordinary First Nations people want the same opportunities every other Canadian aspires to. But there’s also a group of Indigenous people out there, I call them Facebook warriors, they oppose everything, and they never want anything to change. But I believe there’s a middle way.”

Helin, a member of the Lax Kw’alaams First Nation near Prince Rupert, B.C., and a leading advocate for Indigenous self-reliance, said energy development can help First Nations people ease into the mainstream economy and end a cycle of dependency that has been fostered by racist policies designed to subjugate Indigenous communities.

Helin said the old paradigm — where energy companies imposed their will on First Nations people without offering meaningful benefits in return — is over. 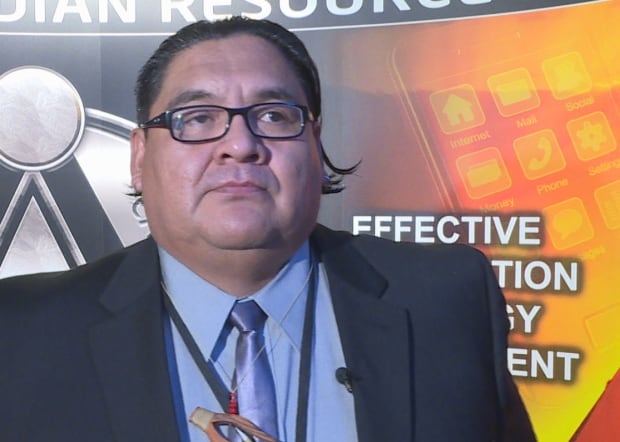 “The debate is extremely polarized,” said Stephen Buffalo, with the Indian Resource Council, about pipeline development in Canada. (CBC)

“We’re asking, ‘What’s in it for us?’ We’re not going to accept big companies extracting the wealth and leaving us with a big environmental mess. We want real equity in these projects.”

Stephen Buffalo, the president and CEO of the Indian Resource Council of Canada, said he wants to help First Nations “see the light” and the considerable economic benefits they stand to gain if they cash in. “We, the oil and gas-producing First Nations, we’re willing to take an advocacy position, help educate and defeat some myths about pipelines.”

“There’s a lot of money going through those pipes, and First Nations can’t stand to the side and watch it go by,” he said in an interview with CBC News.

Buffalo, who hails from Samson Cree Nation south of Edmonton, said Kinder Morgan — the company behind Trans Mountain — could secure more Indigenous support if it actually gave First Nations people an ownership stake. The company has so far failed to cut a deal.

More than 300 impact and benefit agreements have been signed between energy proponents and Indigenous communities in the last decade, deals worth millions of dollars and thousands of jobs, according to research compiled by Ken Coates, a professor at the University of Saskatchewan who has written extensively on Indigenous rights, northern development and northern Canadian history.

‘A joint venture is not as exciting as a blockade, so we don’t hear about them because we all know conflict generates more media interest.’ – Ken Coates

“A joint venture is not as exciting as a blockade, so we don’t hear about them because we all know conflict generates more media interest. But the change in recent years has been revolutionary,” Coates said, adding First Nations and Métis communities have taken real ownership stakes in the oil and gas sector.

Fort McKay First Nation, situated near the epicentre of the Athabasca oil sands deposits, has an unemployment rate of zero, an average annual income of $120,000, and financial holdings in excess of $2 billion, thanks to its willingness to do business. 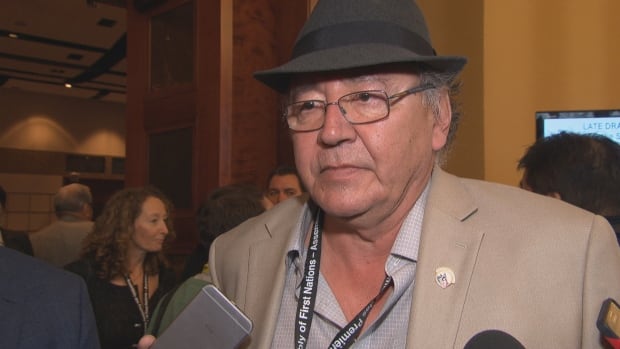 Chief Jim Boucher of the Fort McKay First Nation says his community has seen a financial windfall from its involvement in oil and gas extraction. (CBC News)

There are another 327 Indigenous-owned enterprises that do business with oil and gas operations in Alberta alone, according to data supplied by the Canadian Association of Petroleum Producers.

The energy industry has procured some $10 billion in goods and services from those companies over the last 15 years, everything from construction work, to staffing, to equipment rental and catering — economic activity that has fostered an Indigenous middle class in the northern reaches of the province.

It’s not just in the oil patch; the Haisla Nation in B.C. is a major partner of the proposed Kitimat LNG facility and the Pacific Trail Pipeline. In northern Saskatchewan, seven First Nations recently signed a $600 million deal in support of massive uranium mining operations in the region that employ hundreds of locals.

“I would argue that the natural resource sector is actually on the frontlines of reconciliation,” Coates said. “It’s an industry where people have actually been working closely together, where there’s good collaboration and partnerships.”

Grand Chief Stewart Phillip, of the B.C. Union of Indian Chiefs, is decidedly on the other side of this debate, arguing a spill of diluted bitumen would be devastating to coastal First Nations, many of which rely on the water for subsistence.

“The transport and conveyance of toxic materials is a concern of all British Columbians. We do not for a moment need dirty oil coming through any pipeline system,” Phillip has said. “Mark my words. The Trans Mountain pipeline expansion project will never see the light of day.” 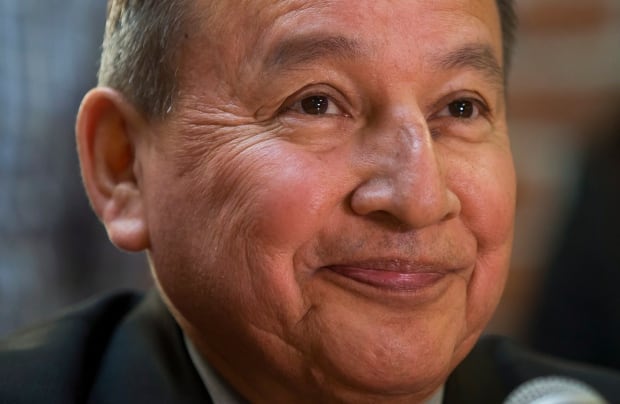 “But the other myth out there is that First Nation interests are always aligned with environmentalists and that’s just not the case at all. We don’t need snobby academic types from San Francisco, Vancouver or Toronto looking down their noses at us telling us what to do on the territory we’ve managed for 13,000 years,” Helin said.

Buffalo wants his fellow First Nations to speak for themselves and not be co-opted by green activists or celebrities who drop in by helicopter for an afternoon of activism.

“We want to protect mother earth, too, but we also need the money to meet the needs of our communities as they grow. We’ve got to find another avenue because government is not giving us anymore,” he said.