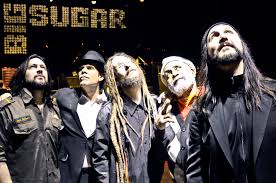 The WinterPlay Festival featured the popular Toronto band Big Sugar, and fans were excited to see the performance that the group put on. Big Sugar was the opening WinterPlay act, and the band promoted their latest album called Yardstyle. The Fort MacMurray tundra is somewhat remote, and area residents were more than happy to enjoy some reggae sounds and take a break from hard work to spend time with friends and family. According to Gordie Johnson, who is the lead singer for Big Sugar, “Yardstyle is our third release since getting back together, and it’s really our first time doing an all acoustic anything. It’s our first time recording an album completely acoustic and going on a tour which is a completely acoustic presentation.”

Many residents of Fort MacMurray and Wood Buffalo look forward to WinterPlay all year long, and a performance by Big Sugar just added to the appeal that this festival has. Visitors to the 3 day event found culture, karaoke, arts, entertainment, ice sculptures, the popular Shootout on the Snye hockey tournament that pits 4 player teams against each other, and much more. For Big Sugar performing at the event was a no brainer, with Gordie Johnson commenting “For a songwriter, that is quite a moving experience. So, Fort McMurray has given me that inspiration, and we will keep coming back.” Everyone who took part in WinterPlay 2015 had a great time, and there were things for all ages and tastes so everyone in the family could find something that appealed to them.