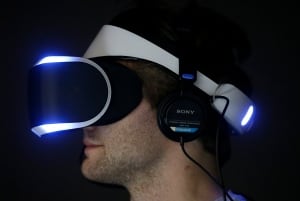 Sony intends on unleashing its virtual-reality headset on consumers next year.

The gaming and electronics giant says its Project Morpheus VR system will debut in early 2016.

The announcement was made Tuesday at a news conference held during the Game Developers Conference.

Sony originally unveiled a prototype of the headset nicknamed Project Morpheus at last year’s conference. The headset works in tandem with Sony’s PlayStation 4 console and camera by covering users’ eyes and simulating virtual worlds on screen.

The company showed off an updated prototype of the headset on Tuesday. It features 14.5-centimetre OLED screens that display a 100-degree field of view and nine LED lights used to track movement. Sony says the headset can render games at 120 frames per second.

No price was announced.