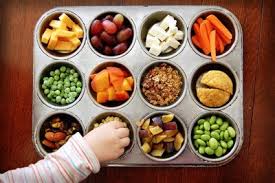 The Snack Attack program in Fort MacMurray schools has been a big success, o successful that it has been expanded to include Janvier students as well. This move was made possible by a very generous sponsor as well as the Wood Buffalo Food Bank, and it means that fewer children will experience hunger in the area as a result. When the Snack Attack program was started almost 4 years ago by the Wood Buffalo Food Bank in partnership with Fort MacMurray schools the goal was to provide nutritious snacks o local students who otherwise would go hungry during the day. According to the executive director of the Wood Buffalo Food Bank Arianna Johnson “We know that hunger and malnutrition have pretty much the same impact on kids’ brains. If they’re hungry or malnourished, their ability to learn is drastically hindered. By providing nutritious snacks,we’re helping kids to get a better education and be able to engage in that education better.

Johnson continued to explain the importance of the Snack Attack program in Fort MacMurray schools by stating “Food security in the rural communities is so much harder to attain for individuals because of the lack of grocery stores, the distance to grocery stores (and) the cost of travel to and from town. For the in-town schools, we provide a hamper of 50 snacks, and when it’s empty, they call and we refill it. For Father R Perin, we provide one snack per child, per school day. The teachers out in Janvier have reported that the kids’ ability to focus and complete tasks, and just in general engage in school, has been vastly improved by the provision of snacks. It absolutely (has a) long-term impact. If we can affect kids today so they’re not using us tomorrow, that’s the best outcome you can hope for.”