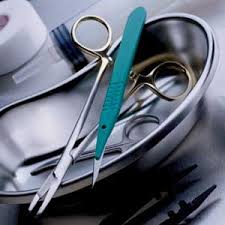 During a recent 8 month period the number of postponed surgeries in Alberta has been a big cause for concern, and many blame a lack of long term care beds for these postponements. This has led the Alberta NDP to call for an effort to create more long term care beds, and recent documents show that the increase in surgery postponements is unacceptable. Rachel Notley, the Alberta NDP Leader, released new Alberta Health Services documents which verify that the number of surgical postponements between April and December of last year reached a high of 1,376. Notley replied “That’s nearly five surgeries a day and at the same time, that’s up 30 per cent over the same time last year. People are waiting months for important procedures only to find out on their surgery dates that there is no room in the hospital for them.”

One area of postponed surgeries that really worries the NDP Leader is The Stollery Children’s Hospital. In the latest year the number of postponements almost doubled, and each case represents a child that needs medical treatment but whose surgery may be delayed or postponed because there is a lack of long term care beds. According to Health Minister Stephen Mandel “We’ll do better but the problem is the influenza outbreak this year has had an impact on acute care beds because it’s forced people to go to the hospital more, We think once we put those in and through a managed amount each year, we’ll be able to meet the needs over a long-term period.”.