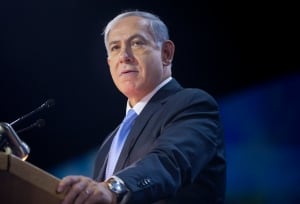 Israelis were voting in parliament elections Tuesday, after a heated campaign focused on economic issues such as the high cost of living rather than fears of a nuclear Iran or the Israeli-Arab conflict.

Prime Minister Benjamin Netanyahu is seeking a fourth term in office, but it will likely take weeks of coalition talks after the vote to determine whether he stays in power or is being unseated by Isaac Herzog of the centrist Zionist Union.

In a last-minute appeal to his hard-line base, Netanyahu said Monday that a Palestinian state would not be established on his watch, going back on long-standing promises to the United States. The remarks could further strain troubled ties with Washington.

Herzog, meanwhile, signalled he is going back on what was perceived as an unpopular power-sharing deal with the co-leader of the Zionist Union, former Foreign Minister Tzipi Livni. Under that deal, Herzog and Livni would each have served as prime minister for two years if they won the elections.

Netanyahu said earlier this week that he would not consider the possibility of a Palestinian state if he were re-elected. (Pablo Martinez Monsivais/Associated Press)

In Tuesday’s balloting, voters are electing a 120-member parliament, casting ballots for a party list, rather than individual candidates. After the vote, it typically takes weeks of negotiations for a governing coalition to be formed.

Herzog’s party has been polling slightly ahead of Netanyahu’s Likud, but neither political camp has a clear majority. Israel’s political landscape is fractured, and several centrist parties will likely determine who will be the next prime minister.

Netanyahu has governed for the past six years and has long been the most dominant personality in Israeli politics. He has swung further to the right in the final stages of the campaign, appealing to his base.

After voting Tuesday, Netanyahu ruled out a coalition with Herzog and reiterated in an interview with Israel TV’s Channel 10 that a Palestinian state would not be established if he were to remain in office. 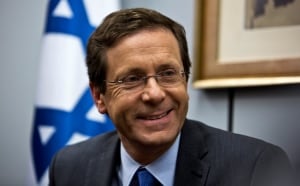 On Monday, he had first told the nrg news website that turning over captured territory to the Palestinians would clear the way for Islamic extremists to take control and attack Israel. “Whoever ignores that is burying his head in the sand. The left is doing that, burying its head in the sand time after time,” he said in the video interview.

When asked if that means a Palestinian state will not be established if he is elected, Netanyahu replied, “Indeed.”

Herzog, who has vowed to revive peace efforts with the Palestinians, repair ties with the U.S. and reduce the growing gaps between rich and poor, confidently predicted an “upheaval” was imminent.