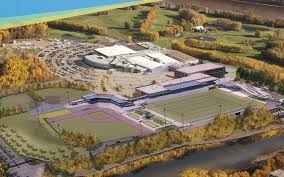 Possible future financial issues are the reason for a council evaluation and project reviews in an attempt to identify savings that can be achieved. The capital projects review is necessary in case oil prices stay down and future revenue is decreased as a result. During the meeting Fort MacMurray Mayor Melissa Blake had questions about whether it was the intent to review all 35 projects at once, and Coun. Tyran Ault said he wanted to get through the list. Ault said “I kind of did want to go through 35 projects line by line, but some of them could take 10 seconds.” Mayor Blake was not on board, stating “I’m still getting the sense that this is a terrible idea” and explaining that it was uncertain what type of information the administration could provide on such short notice.

Coun. Jane Stroud, who attended the meeting via teleconferencing, also had questions about the council evaluation and project reviews. Stroud had concerns about the delays for projects involved, and said “We did the budgets in December and we do have the funding for capital projects.” Oil Sands Community Alliance delegate Reegan McCullough stated “We think there are some things that industry have learned in terms of reviewing major capital projects, One of them is taking a look at the population growth. In the near term … there will be basically minimal growth in the municipality.” Blake discussed whether the delegate could come back in the future, saying “You’ll be able to come back at that time with what’s reasonable and what’s not? What I don’t want to do is repeat, repeat, repeat.”