It is, of course, a pretty gross understatement for the relationship that’s existed between the actress, 47, and the CEO and chairman of holding company CaliGroup, a company focused on, as their site puts it, “using technology to transform the restaurant and retail industries.” Garber, himself, was slightly more verbose in May, saying the pair were doing great: “What’s wonderful is they’re taking their time and they are just enjoying each other’s company.”

But if Garner wants to continue keeping the particulars of the romance to herself a year after it was unveiled, well, she has her reasons.

Legally single for the first time in 13-plus years, following the official dissolution of her marriage to Ben Affleck, Garner has kept the union with her fellow divorcée, 41, so fiercely under wraps, they sometimes find themselves the subject of breakup rumors.

The couple, who share five kids between them, have eased into a steady, breezy relationship, a source recently told E! News. “Jen still sees John and seems content with where things are in their relationship,” said the source. “John is a nice normal guy who is in a similar situation with raising kids while being divorced. They’ve made what they have work and enjoy being together.”

But if people would like to guess otherwise, that’d be just fine. Because the actress has already done the dating in public thing and, frankly, it wasn’t all that fun.

It began when she and Scott Foley ended their two-and-a-half year marriage in 2003 amongst persistent rumors she had an affair with Alias co-star Michael Vartan—a claim they both resolutely denied.

“Nobody else was involved,” Foley told TV Guide (per EW) in October 2003. “Jennifer became a huge celebrity. She became a huge star, and she deserved everything she got. There was no other relationship, there was no infidelity, nothing. People get divorced, you know?”

But with that experience in mind, when she and Affleck fell in love while shooting the 2003 superhero flick Daredevil, they did what they could to deter media attention. Save for a few outings in October 2004 to see Affleck’s beloved Boston Red Sox play in the World Series, they stuck to dates at their respective homes and places they could be certain wouldn’t attract cameras. The Oscar winner having just wrapped his much-hyped years as one-half of the phenomenon known as “Bennifer” (an experience he likened to the “crucible by flashbulb,”), he was all too happy to oblige with Garner’s privacy push.

By the time they walked a red carpet together, Affleck had already proposed, reportedly on Garner’s 33rd birthday in 2005, and made quick work of the marriage, hosting an especially private destination affair on Turks and Caicos that June, their reps confirming to People afterward, “They’re married and expecting their first child.”

Naturally the arrival of Violet, 14, followed by Seraphina, 11, and finally Samuel, 8, did little to stem the curiosity that accompanies any celebrity pairing. 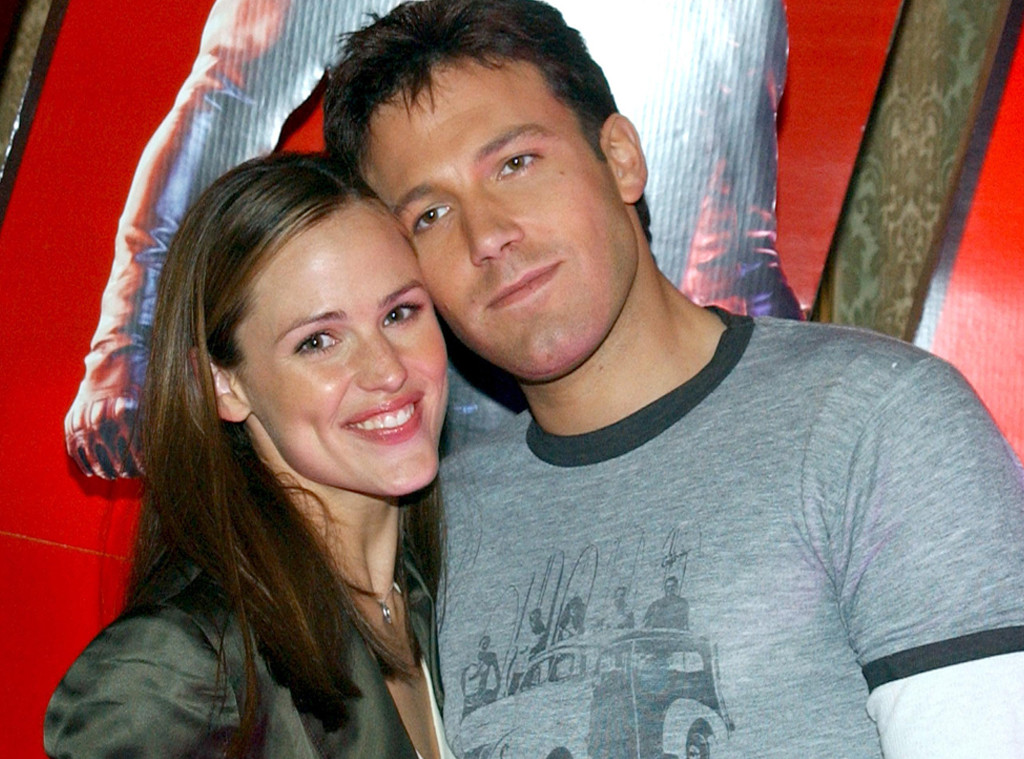 “Well, there was a solid decade where there were five or six cars minimum, and easily up to 15 or 20 on the weekends, outside of my house at all times,” Garner told CBS This Morning last July. “And looking back on that, I really feel the stress of it. I really—I could cry, talking about it.”

Eventually, she joined Halle Berry in successful petitioning California lawmakers to enact harsher penalties for photographers who harassed children but, as she admitted on David Tennant Does a Podcast With…, her sit-down with her Camping costar her first-ever podcast, the problem hasn’t miraculously vanished.

“Today I was picking my kids up and there were seven or eight of them and they got way too close to the school and the head of the school was outside with me and I said, ‘They’re getting cheeky.’ And he said, ‘I’m going to call the police,'” she recalled during the interview last March. “But that was today, all these years after it passed.”

Resigned to the fact that she can’t completely erase the issue, “It’s that thing of you can’t prepare the path for your child, prepare your child for the path,” she told Tennant. “It’s kind of like, ‘Okay, this is part of our lives. It is what it is and there are good things and bad things about having parents that are actors and let’s list them and let’s talk about how we deal with them.’ Because I can’t make it go away.”

Nor has the attention on her love life disappeared, with those who have long been rooting for the affable star to find romance again eager to know every detail. But while her two-year presence on Instagram has proven she’s not afraid to share aspects of her personal life (come for the snaps of her sharing In-N-Out with Ina Garten, stay for her must-watch Pretend Cooking Show), don’t expect a Miller cameo anytime soon.

“What I think I’ve learned is that the scrutiny in your private life puts a pressure to make something happen,” Garner said on CBS This Morning last year. “You feel a pressure to hurry up and get married, ’cause you think that’ll end the, ‘Are they engaged? Are they not?’ And that’s true in the reverse, as well. If there is any inkling of trouble, if the tabloids decide there’s trouble, it can create trouble.”

As such, a source told E! News she’s “determined” to keep her coupling with Miller “private and for themselves.” Though she and the dad of two, who finalized his own divorce from violinist Caroline Campbell, have been getting to know each other since mid-2018, having entered each other’s orbits due to a few shared friends, neither is interested in having a public romance, says the source, noting Garner is “keeping things under wraps by going away with him and seeing him in private places. She’s enjoying being with him and doing it the way she wants.”

That means stepping out together to take in a fall 2018 performance of Dear Evan Hansen in L.A. and making plans for a holiday getaway, but still prioritizing Christmastime with Affleck for the sake of their kids. The Triple Frontier star, single again after a failed reconciliation attempt with ex Lindsay Shookus, has continued to emphasize his relationship with Garner in the months since their divorce was completed

“When somebody’s the mother of your kids, they’re going to be the most important central person in your life and that’s good,” he said during an appearance on Today last year. 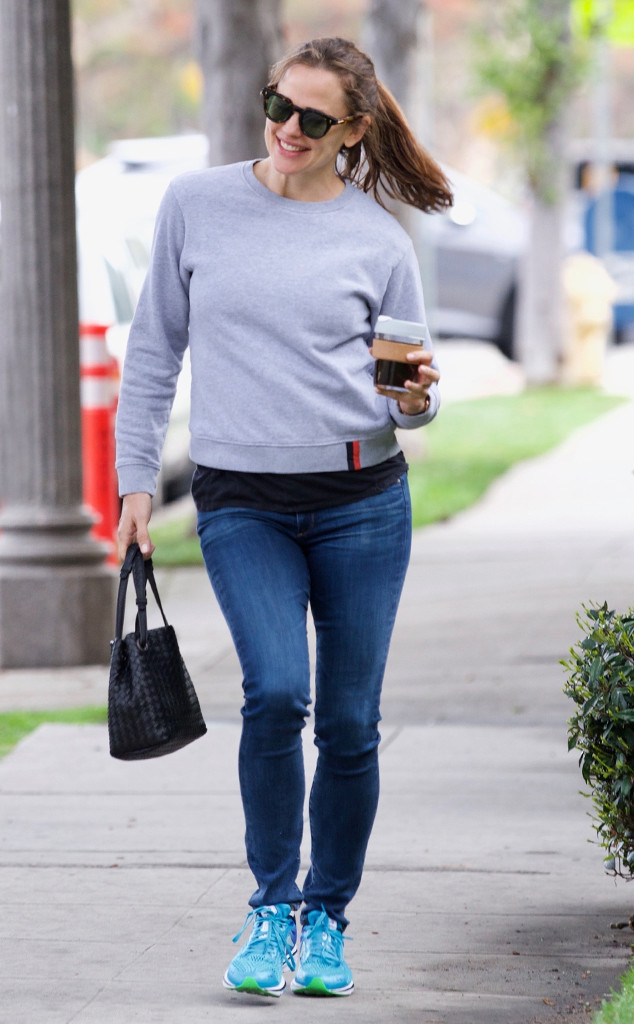 And Garner clearly feels the same way, joining Affleck for family holidays and major outings such as when the Red Sox took on the Dodgers in the World Series. “Her first priority is her kids and that hasn’t changed since she met John,” an insider notes to E! News. “She’s protective of them and their well-being. That comes before anything else to her.”

Still, as they push toward the two-year mark in their union, she’s undeniably thrilled about where things are headed with the Stanford Law grad.  “Jen is very happy with John but she isn’t getting too far ahead of herself,” says the insider. “She just finalized her divorce and finally has closure on a very emotionally draining period of time.”

Either way, don’t expect to see any future milestones make their way onto the social media page she launched, in part, to promote Once Upon a Farm and that now counts more than seven-and-a-half million fans as followers.

Garner would much rather use her page to promote everything else going on in her life, like her days on her uncle’s Locust Grove, Okla. homestead that she purchased to grow the blueberries, kale and persimmons blended into each Once Upon a Farm package. “If I had had any idea how happy it would make my mom to be part of bringing this little farm back to life, I would have done it ten times over,” she said on CBS This Morning. (The company was recently WIC-approved in Florida and her home state of West Virginia, a milestone Garner lauded as “a huge step and something that makes me very happy and proud.”)

While 2018 saw her return to butt-kicking action stardom with the thriller Peppermint along with a move back to the small screen, thanks to her role on Camping, it’s her life as entrepreneur and Save the Children ambassador—the organization offering support for kids in developing countries and areas of the United States—that truly feeds her soul.

“I want to just keep doing what I’m doing,” she told People. “I mean my bucket list is really to see in the next presidential debates—to have them talk about poor kids in America and have that be part of the conversation. I would be beside myself. If we are talking about how to make life better for kids in our country, who are struggling the most? That’d be good stuff.

Somewhere in there she manages to be a devoted mom to her kids, a job she makes look as effortless as possible, whether she’s proudly donning the 12-foot scarf Seraphina wove for her birthday or helping sell Girl Scout cookies. “I think they think of me as capable and able to handle things as needed,” she told E! News of her tiny tribe. Though she admits keeping it all together is nowhere near as graceful as it may look. 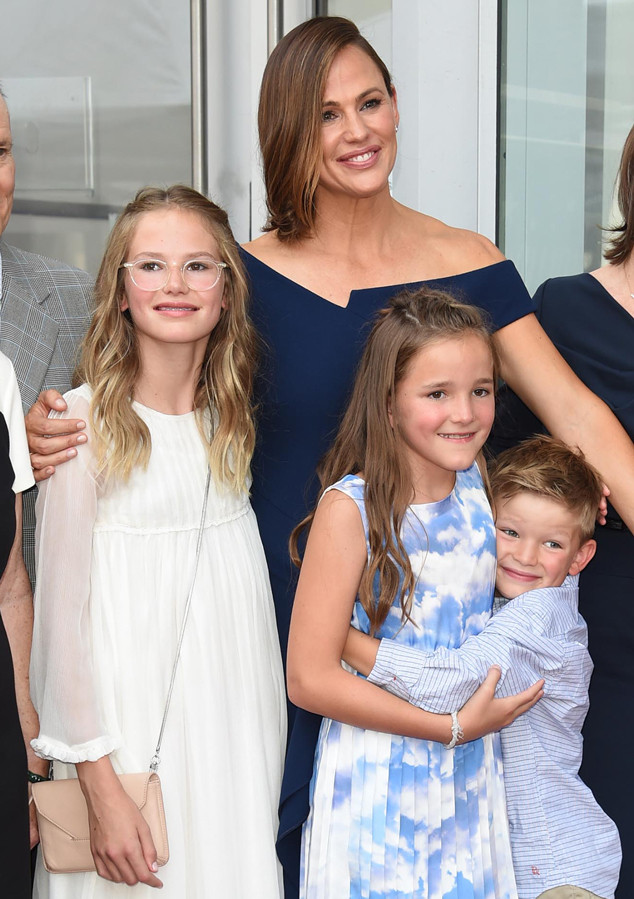 “You don’t balance it, that’s the truth,” she told Vanity Fair‘s Krista Smith of the elusive work-life juggling act at the magazine’s second annual Founders Fair last April. “You really don’t balance it. You balance in chunks, or you balance in…um, you just don’t. Right now I’m in production—it’s all about production. If I’m not in production, I’m with my kids. If I work out, it’s a crazy hour in the morning.”

And if she finds time to do a little acting in there, that’s great too. “What I like is when someone nice likes Reese, hands me a completed thing and says, ‘Do you want to be in this?’ I’m lazy in that way, I think,” she admitted to Tennant. “I’m just really bringing up three kids and if I can escape and work a bit, hallelujah.”

All in all, it’s a completely different picture than the “year of wine” she embarked upon in the wake of her Affleck split. A time that saw her managing to balance a thriving career with school drop-offs and backyard gardening sessions with her kids, but still relying on a bit of humor to get her through the toughest of nights.

“When I can’t sleep—and I am not someone who typically has that problem, but I really have in the last year—and I need something to switch my brain off, it has been Tina Fey and Amy Poehler,” she shared with Vanity Fair in 2016. “God bless those girls.”

Now her list of gratitudes includes a career packed to the brim with acting commitments, spokesperson work and her growing company, a co-parenting relationship that is miraculously harmonious and a thriving romance.

“They are happy to see each other when they can,” a source told E! News. “There isn’t a lot of pressure to make it more than it is. He very much respects how seriously she takes her role as a mom and always put her kids first. They have both had a positive impact on each other.”

Basically, these days, everything is coming up Garner. “She’s excited about dating John and being with someone so wonderful,” another insider told E! News. “Dating him is the icing on the cake of her very full life.”