When she isn’t moving Super Bowl and Grammys audiences to tears, it seems as if half of Demi Lovato‘s job these days is remaining positive and hopeful against all odds.

So it’s only fitting that her breakthrough role came on a show with the optimism baked right into the title.

Sonny With a Chance premiered 11 years ago on the Disney Channel, starring Lovato as Sonny Munroe, a small-town girl from the Midwest who wins a national talent search and lands a role on So Random!, a sketch comedy show that films in Los Angeles—so of course she has to pack up and move to unfamiliar surroundings, the palm-tree-infested wilds of sunny Southern California.

The show was short-lived, lasting only two seasons after a third season came undone due to Lovato’s off-screen issues, but it was enough to cement her as one of the premiere Disney stars of her generation, along with Miley Cyrus, Selena Gomez and the Jonas Brothers, and fans have been along for her journey ever since, rooting for her in the toughest of times and cheering her triumphs and inspiring resilience.

The show was almost called Welcome to Mollywood, and the main character was going to be Molly Monroe. Then, they changed her name to Holli, so they could have Welcome to Holliwood, really intent on having that pun. Instead, her name became Sonny, and a different play on words took shape.

After getting her start as a little kid on Barney & Friends, playing “Angela,” Lovato first joined the Disney family starring in As the Bell Rings, a series of 15 short episodes that ran from 2007 until 2008.

Her next step was thwarted when she auditioned for Jonas but did not get the part.

“I saw right away how smiley you were,” Joe Jonas told Lovato when they interviewed each other for Teen Vogue before their very public breakup in 2010. “Obviously, I didn’t have a say in who was going to be cast, but it ended up being a good thing that you didn’t get that role. If you had, you wouldn’t have been in Camp Rock.”

As fate would have it, she starred as Mitchie Torres in 2008’s Camp Rock and again in 2010’s Camp Rock 2: The Final Jam, jump-starting her singing career and falling for Joe along the way. 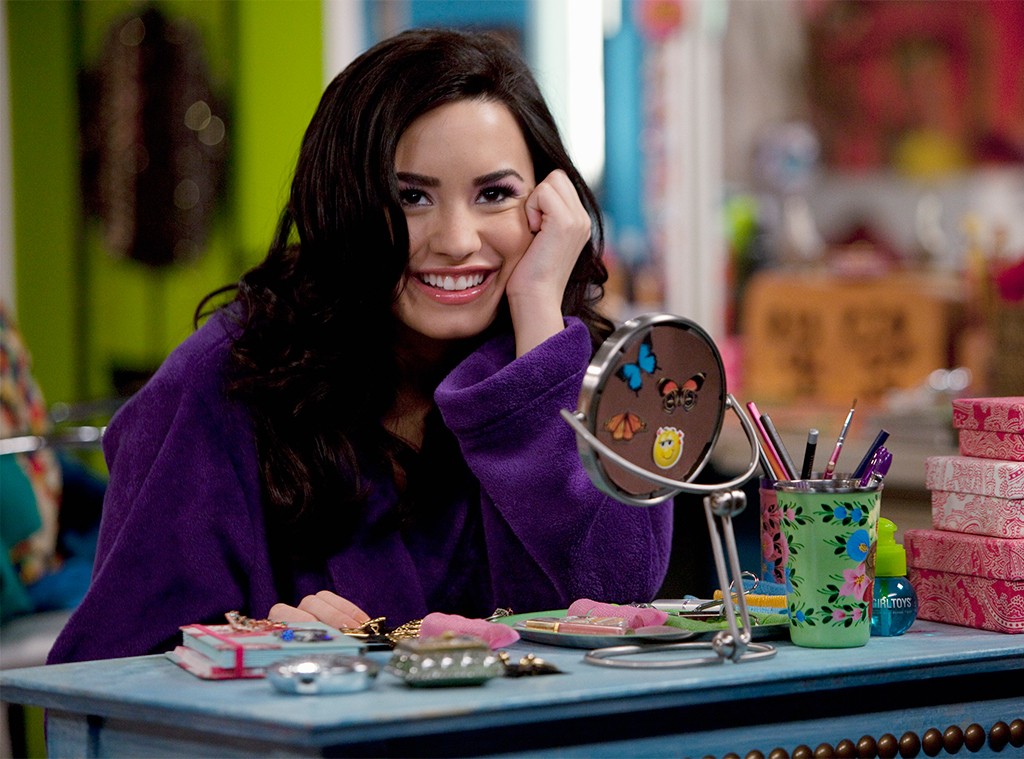 But in the meantime, she scored her own series, Sonny With a Chance.

From the eye-popping color palette to the boisterous theme song “So Far, So Great,” sung by Lovato, who is also the primary voice on the soundtrack along with co-stars Tiffany Thornton and Sterling Knight, it’s a rather infectious little show. It’s cheesy, the acting is extra and the plot isn’t particularly original, and we still don’t understand how one kid plays the vomit and the other plays the stomach, but the premise is a happy one and as far as nostalgia goes, it’s right up there with any of the ’00s-era springboards that launched some of your favorite contemporary stars.

Relentlessly cheery programming such as this usually isn’t long for this world, as they’re made for a certain audience and that audience grows up—as do the show’s stars (and at least Disney can rest assured it cast teens as teens, unlike most network shows). Then it’s off to see what the talented singer-actors are going to do next, which was definitely the case with Lovato. 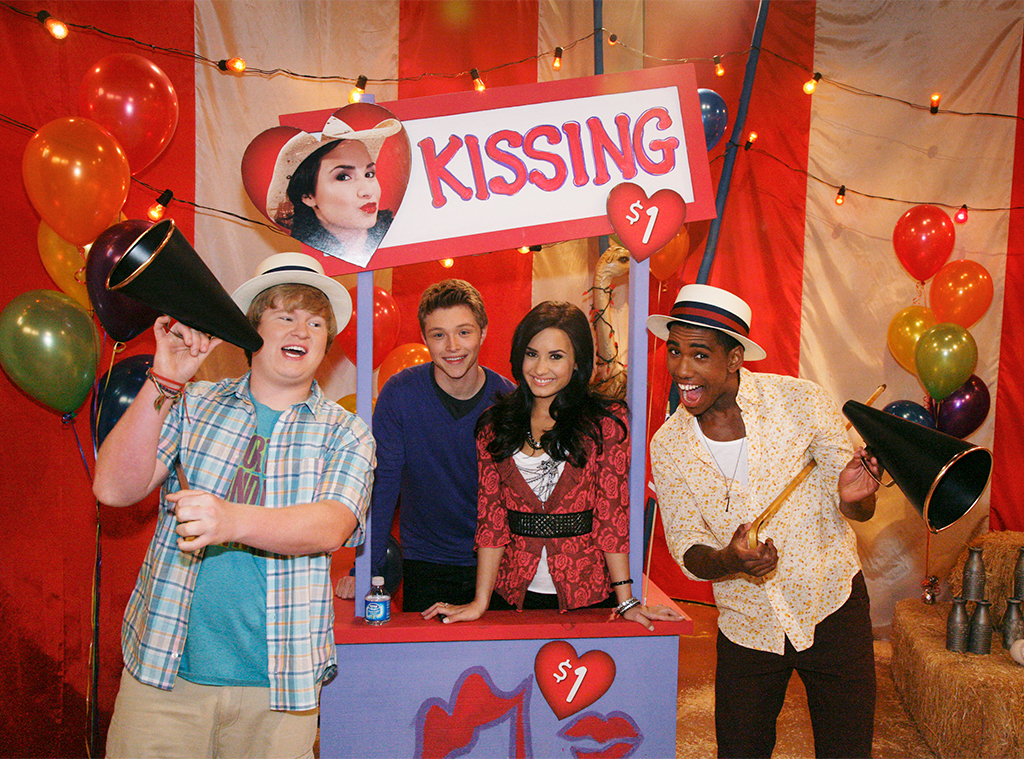 But it’s worth taking the time to check in with Sonny as she learns the ropes at So Random!, squares off against the cast of rival show Mackenzie Falls and navigates life for a brisk 22 minutes or so per episode.

A YouTube rabbit hole will have to suffice for now, though. There are Reddit threads devoted to why Sonny With a Chance and So Random! (the show-within-a-show they spun off on its own in lieu of a third season) are nowhere to be found on Disney+, with some theorists convinced it’s missing because Lovato has criticized the network in the past, including in 2011 when she called out an eating disorder joke told on Shake It Up and retweeted another fan who pointed out another one on So Random!. The network tweeted back that it would be removing both episodes from rotation.

Lovato also joked in 2016 about being scarred from those long days at work on various Disney Channel projects. 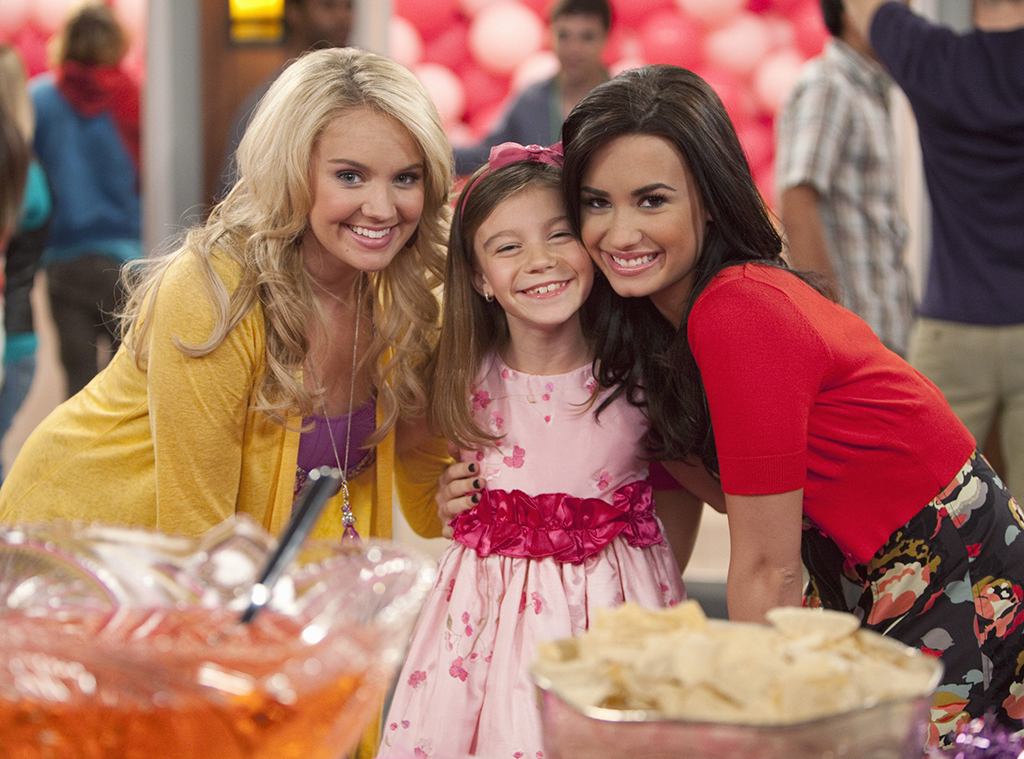 “We joked around that it was Disney High, except we all were shooting shows and really overworking,” she told Billboard. “I joke that I sometimes have PTSD after leaving the channel, because if my schedule starts to get too busy, I rebel and I get bitchy.”

But though she—like Miley; like Selena; like Nick, Joe and Kevin—has looked to distance herself career-wise from her Disney days now that she’s an adult, she’s proud of her early work and would be happy to have it more readily available.

A year ago, the eagle eyes at Pop Crave found Lovato responding to a tweet about what shows would make Netflix better. The list included Zoey 101, Drake and Josh, Wizards of Waverly Place, Hannah Montana, and more in that vein. Lovato commented, “Sonny With a Chance.“

But it’s not as if her show is the only thing missing from Disney+ (thank you to the people paying very close attention), so perhaps it will be included in a future roll-out of content.

You could do worse than watching some vintage Demi, followed by replays of her latest musical triumphs, knowing that nothing is quite as it seems on TV and that there’s never been a time when Lovato hasn’t been giving it her all.