Will One of These Spy Games Contestants Be the Nex…

Public hearings into $1B Giant Mine remediation be…

Vote for Which Star Was Best Dressed at the 2020 S…

Home Town's Erin and Ben Napier Can Fill the …

How to Watch the 2020 Grammys on TV and Online

Why Jennifer Aniston Is ''Still Shaking…

And that is why Taylor Swift is music’s Woman of the Decade.

On the eve of her 30th birthday, the world-famous pop star accepted Billboard‘s inaugural Woman of the Decade honor at their Women in Music Awards event. Swift recalled what she described as the past “magnificent, happy, free, confused, sometimes lonely but mostly golden” 10 years in a soul-baring speech that touched on the past, present and future for female artists in the industry. The 10-time Grammy winner spoke in length about losing the rights to her master recordings to Scooter Braunin a deal that she said was agreed to without her “approval, consultation or consent.”

Her speech began in part, “So what does it mean to be the woman of this decade? Well, it means I’ve seen a lot. When this decade began I was 20-years-old. I had put out my self-titled debut album when I was 16—the album that would become my breakthrough album, which was called Fearless. I saw that there was a world of music beyond country music that I was really curious about. I saw pop stations play my songs “Love Story” and “You Belong With Me” for the first time, and I saw that as a female in this industry some people will always have slight reservations about you. Whether you deserve to be there, whether your male producer or co-writer is the reason for your success, or whether it was a savvy record label.”

“It wasn’t,” Taylor remarked with a smirk. “I saw that people loved to explain away a woman’s success in the music industry and I saw something in me change due to this realization. This was the decade when I became a mirror for my detractors. Whatever they decided I couldn’t do is exactly what I did. Whatever they criticized about me became material for musical satire or inspirational anthems. The best lyrical examples I can think of are songs like ‘Mean,’ ‘Shake It Off’ and ‘Blank Space.’ Basically if people had something to say about me I said something back in my own way. This reflux dictated more than just my lyrics.”

She recalled her Album of the Year win at the 2010 Grammys, explaining, “All of a sudden people had doubts about my singing voice. Was it strong enough? Was I a little bit pitchy? All of a sudden they weren’t sure if I was the one writing the songs because sometimes in the past I had co-writers in the room. At that time I couldn’t understand why this wave of harsh criticism had hit me so hard. I believe a popular headline back then was a ‘swift backlash,’ which is clever you got to give it to them. Now I realize that this is just what happens to a woman in music if she achieves success beyond people’s comfort level.”

As a result, Swift said she entered an endless cycle of “accommodating” and “over correcting” to appease her critics. “They’re saying I’m dating too much in my twenties? OK, I’ll stop. I’ll just be single for years. Now they’re saying my album Red is filled with too many breakup songs. OK, I’ll make one about moving to New York and deciding my life is just more fun with my friends. Oh, they’re saying my music is changing too much for me to stay in country music? Here’s an entire genre shift and a pop album called 1989. You heard it? Sick!” she described.

Taylor added, “Now it’s that I’m showing you too many pictures of me with my friends. I can stop doing that, too. Now I’m actually a calculated manipulator rather than a smart business woman? OK, I’ll disappear from public view for years. Now I’m being cast as a villain to you? OK, here’s an album called reputation and there’s lots of snakes everywhere.”

“In the last 10 years I have watched as women in this industry are criticized and measured up to each other and picked at for their bodies, their romantic lives, their fashion,” she said, later adding, “I’ve watched as one of my favorite artists of this decade, Lana Del Rey, was ruthlessly criticized in her early career and then slowly but surely turned into—in my opinion—the most influential artist in pop. Her vocal stylings, her lyrics, her aesthetics, they’ve been echoed and repurposed in every corner of music, and this year her incredible album is nominated for Album of the Year at the Grammys because she just kept making art. That example should inspire all of us. The only way forward is forward motion. We shouldn’t let obstacles like criticism slow down the creative forces that drive us.”

The performer went on to name some of her own favorite musicians like Lizzo, Halsey, Camila Cabello, Hayley Kiyoko, Rosalía, Meghan Thee Stallion and others.

She acknowledged the strides her female peers have made within the industry, further questioning, “So why are we doing so well? Because we have to grow fast. We have to work this hard. We have to prove that we deserve this. We have to top our last achievements. Women in music, onstage or behind the scenes, are not allowed to coast. We are held at a higher, sometimes impossible feeling standard. It seems that my fellow female artists have taken this challenge and they have accepted it. It seems like the pressure that could have crushed us made us into diamonds instead. And what didn’t kill us actually did make us stronger.” 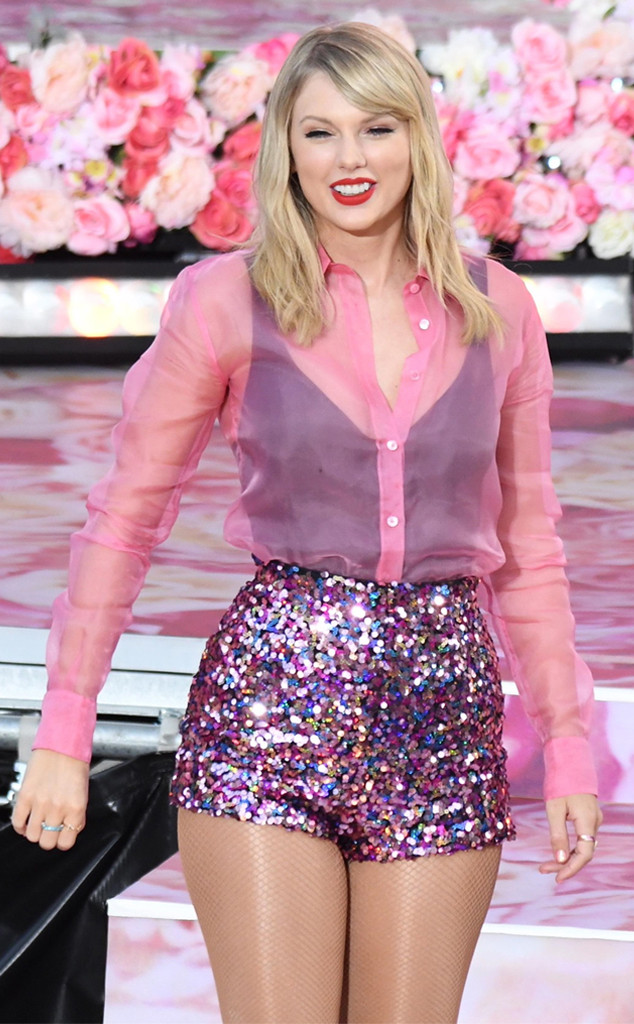 After addressing her past advocacy work for aspiring artists going up against the streaming world, she touched on a “new shift” that she described as a “potentially harmful force in our industry.”

“As your resident loud person, I feel the need to bring it up. That is the unregulated world of private equity coming in and buying up our music as if it is real estate, as if it’s an app or a shoe line. This just happened to me without my approval, consultation or consent.”

“After I was denied the chance to purchase my music outright, my entire catalogue was sold to Scoter Braun’s Ithaca Holdings in a deal that I’m told was funded by the Soros Family, 23 Capital and the Carlyle Group. Yet to this day, none of these investors have bothered to contact me or my team directly to perform their due diligence on their investment. On their investment in me, to ask how I might feel about the new owner of my art. The music I wrote. The videos I created. Photos of me, my handwriting, my album designs.”

“Of course, Scooter never contacted me or my team to discuss it prior to the sale or even when it was announced. I’m fairly certain he knew how I would feel about it, though. Let me just say that the definition of the toxic male privilege in our industry is people saying, ‘Well, he’s always been nice to me’ when I’m raising valid concerns about artists and their rights to own their music. Of course he’s nice to you. If you’re in this room you have something he needs.”

Her remarks on Braun ended with, “The fact is that private equity enabled this man to think, according to his own social media post, that he could ‘buy me.’ I’m obviously not going willingly. Yet the most amazing thing was to discover that it would be the women in our industry who would have my back and show me the most vocal support at one of the most difficult times and I will never, ever forget it. Like ever.”

Despite the professional strife she’s endured, Swift said she remains hopeful for the future of music and pled for audience members to “stand as an example for someone else in the next generation that loves the same thing that we love”

And in true T. Swift style, she concluded with, “No matter what else enters the conversation we will always bring it back to music. As for me, lately I’ve been focusing less on what they say I can’t do and more on doing whatever the hell I want.”