Well, this escalated quickly. Either that, or it’s been a decade in the making.

Back in 2011, Prince Andrew came under pressure to resign as the U.K.’s Special Representative for International Trade and Investment after he was photographed walking in Central Park with disgraced financier Jeffrey Epstein, who had pleaded guilty in 2008 to soliciting prostitution from girls as young as 14.

While most of Epstein’s well-known former friends, including President Donald Trump and former President Bill Clinton had washed their hands of the billionaire by the time a warrant went out for his arrest in 2006 for alleged sexual assault of a minor, the Duke of York did not. Rather, Andrew invited Epstein and his girlfriend-turned-associate Ghislaine Maxwell—who has denied procuring girls for Epstein—to his daughter Princess Beatrice‘s 18th birthday party in London that year.

And not only did he stay at Epstein’s New York City mansion in December 2010, not long after the convicted sex offender got out of prison, but Andrew’s ex-wife, Sarah Ferguson, borrowed roughly $19,000 from him to cover unpaid wages owed to her former personal assistant—a transaction she admitted was a “terrible, terrible error of judgment.”

“The royals go on and on, that’s what they do,” a cabinet minister told the Daily Mail in March 2011. “They are not sackable. But in his job there is a process for a review every six months. It is a tasking review and what he does can be increased or it can, of course, be reduced.”

Andrew did indeed step down as trade envoy that July, a decision made all the easier because, while he was said to have the support of the palace (i.e. his mother, the queen) and then-Prime Minister David Cameron behind him, no one was really angling for him to stay.

But life—riddled with scandalous accusations as it was—went on pretty normally for the Duke of York, and continued to do so until this summer, when Epstein was arrested on federal sex trafficking charges and then died of an apparent suicide in jail in August.

And so re-poured forth all the harrowing allegations, including Virginia Roberts Giuffre’s claim that Epstein forced her to have sex with Andrew on several occasions. Ahead of the possible unsealing in the U.S. of legal documents pertaining to Epstein’s illicit activities, papers that may further implicate Andrew, the 59-year-old royal sat down with the BBC’s Newsnight for an ill-advised, and ultimately bizarre, interview that just aired Saturday.

And it’s that interview—in which he continued to deny having ever met Giuffre, despite the existence of a picture of them with his arm around her waist—that may have been the last straw. (That, combined with an accusation that he used the n-word during a meeting at Buckingham Palace seven years ago, and made racist comments about Arabs during a state dinner for the Saudi royal family.)

With charities and businesses under pressure to cut ties with Andrew, the clamor for him to cooperate with the FBI as it continues to investigate Epstein and Maxwell growing louder, and longtime royal experts continuing to sniff in disgust at his disastrous PR move, the Duke of York announced Wednesday his plan to “step back from public duties for the foreseeable future.”

And that was only the beginning.

On Thursday Andrew stepped down as chancellor of the University of Huddersfield in the wake of a student-led campaign to get rid of him. He has also stepped down as patron of the National Royal Ballet and Royal Philharmonic Orchestra after 18 and 15 years of support, respectively, and on Friday NBC News confirmed that he would no longer be working out of an office at Buckingham Palace.

A palace spokesperson said the Duke of York would continue to work on his own charity, Pitch, which arranges mentoring for entrepreneurs and start-ups, but the long-term forecast for that arrangement looks cloudy. According to the Independent, Barclays, KPMG, Standard Chartered and Inmarsat, a British satellite telecommunications company, have already said they won’t be supporting Pitch in the  future, while Andrew’s private secretary, Amanda Thirsk, who had been working out of the palace has taken over as chief executive.

Thirsk will also take over management of the Duke of York Inspiring Digital Enterprise Award, the Independent reports.

Though Andrew has hardly been one of the most obvious royals to follow the everyday exploits of—not since his marriage to the Duchess of York was unraveling in spectacular fashion in the early 1990s, anyway—he’s actually been one of the busiest.

In 2018 he carried out roughly 400 engagements, least among the queen’s four children but more than the monarch herself (at 93, she’s understandably been cutting back for the last few years), and almost twice as many as Prince William and Prince Harry.

But, much as a government official floated the idea of “reducing” Andrew’s position in trade relations all those years ago, so it had been speculated that Prince Charles, a proponent of streamlining the monarchy anyway, would only be further motivated by this scandal to “reduce” his younger brother’s role in royal affairs once he becomes king. 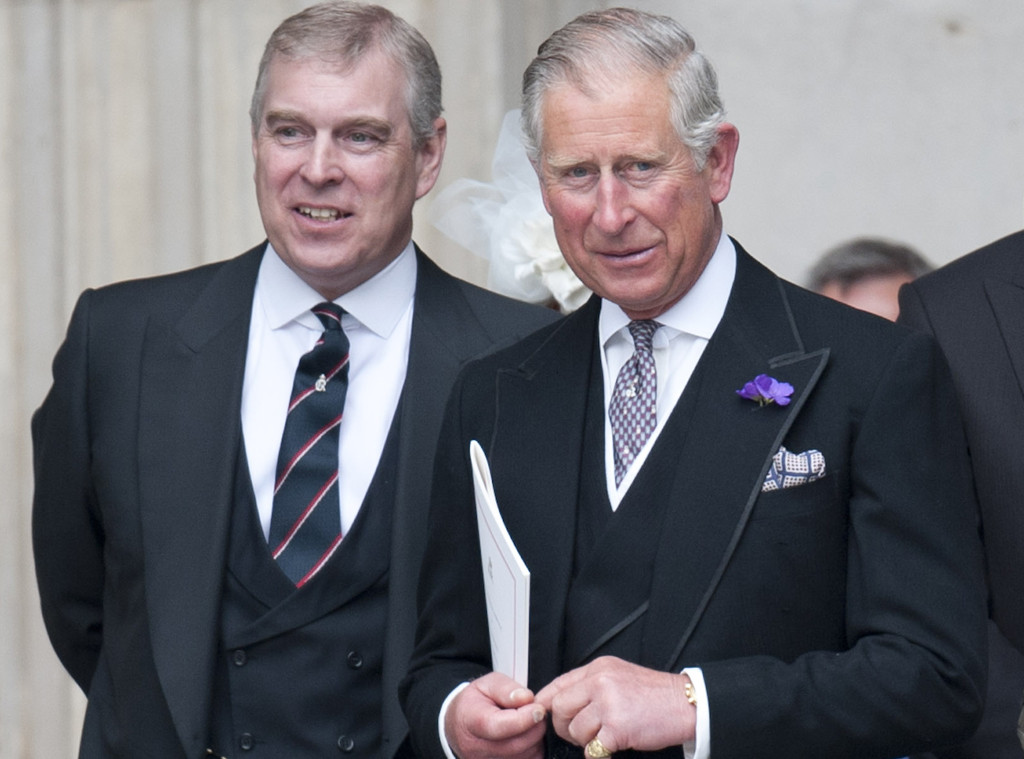 At least Andrew’s decision to “step back” saves Charles the trouble of firing his brother one day.

In the meantime, Andrew’s titles given to him by the queen when he got married (he’s the Earl of Inverness, and Baron Killyleagh in addition to the Duke of York) will likely remain intact, as should his income (which, as the Duchess of York has pointed out, has never been nearly as much as what Charles earns), which comes from the Privy Purse—the monarch’s private income that’s funded mainly by the Duchy of Lancaster, which at the end of the first quarter of 2019 was estimated to possess net assets totaling $705 million.

Andrew is currently eighth in line to the throne, a spot behind Harry’s son, Archie Harrison, and no one has vacated (or been pushed out of) their spot since the queen’s uncle, King Edward VIII, vacated his throne to marry Wallis Simpson and live out his days as the Duke of Windsor.

As for his immediate family, ex-wife Sarah Ferguson reaffirmed her undying support for him the day before the Newsnight interview aired, singing her former husband’s praises on Instagram and writing, “It is time for Andrew to stand firm now, and that he has, and I am with him every step of the way and that is my honor. We have always walked tall and strong, he for me and me for him.”

Since technically nothing new has happened aside from Andrew’s failure to convincingly prove that he never met Giuffre or to rationalize his continued association with Epstein after the man had been locked up for soliciting underage girls, the Duchess of York—whose own infamous missteps are the stuff British tabloids are made of—won’t be budging from her place by his side. (Or her room at Royal Lodge, the York family’s country estate where the exes still live together as dear friends and co-parents.) 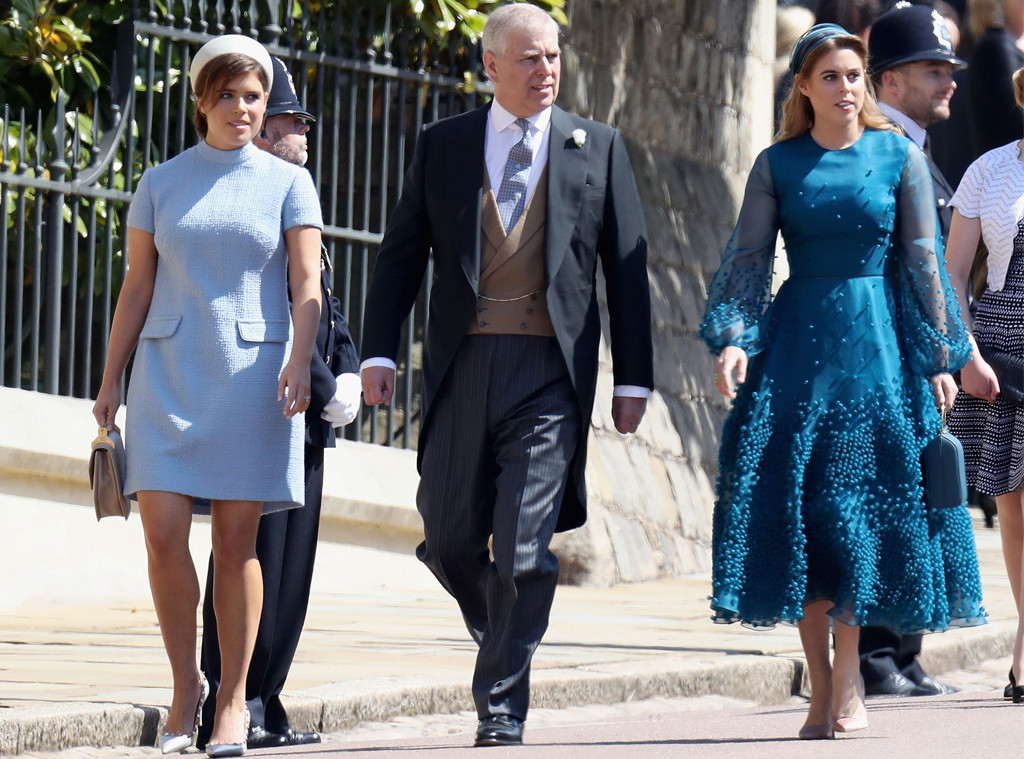 None of this can be sitting well with their daughters, Princess Beatrice and Princess Eugenie, who make some official royal appearances but both work in the private sector and lead more normal lives than cousins William and Harry. They’ve managed to stay above the fray whipped up by their parents over the years while maintaining a close relationship with them through normal and over-the-top-scandalous times.

But one of Eugenie’s primary causes as an activist is fighting sex trafficking. She is co-founder of the Anti-Slavery Collective and a podcast in collaboration with Freedom United was in the works and would have made her the first royal to have a podcast—but even before her father’s interview the project had been put on hold in the wake of the Epstein drama.

“It’s all very difficult for Eugenie at the moment—she and Beatrice are very close to their father and are being very supportive,” a source told The Sun in August. More recently Vanity Fair reported that Eugenie remains “very worried” about how the scandal may affect the work she’s trying to do.

Andrew walked Eugenie down the aisle when she married Jack Brooksbank in October 2018, and now Beatrice is engaged to real estate developer Edoardo Mapelli Mozzi. Though it’s easy to joke about Beatrice’s wedding being a bit more low-key than Eugenie’s due to, ahem, circumstances, if anyone has a knack for powering through scandals, it’s Britain’s royal family.

They’ll have their work cut out for them, with the media fallout from Andrew’s questionable judgment earning comparisons to what happened in the wake of Princess Diana‘s death in 1997. But while they’re expected to sit down with the press every once in awhile and make public remarks, unlike sports teams or politicians, the royals don’t give press conferences and reporters don’t shout questions at them as they’re walking by. And when they do take the time to speak their mind, what’s on their mind doesn’t always go over well. Vanity Fair‘s royal expert Katie Nicholl was hearing that Andrew was actually considering going on TV again to further explain herself, but that seems unlikely now.

Andrew’s affiliation with Epstein, who he’d known since 1999, may still have legal ramifications (he said in his stepping-back statement that he was “willing to help any appropriate law enforcement agency with their investigations, if required”), but it’s easily conceivable that this, too, shall pass.

And though the palace is said to be livid over the Newsnight debacle and how it looks for the royal family as an institution, as members of a family, they’re standing by Andrew.

“While Charles won’t be happy that his tour [of New Zealand] is being overshadowed, he might, I suspect, have some sympathy for his brother,” a former courtier told Nicholl. “Don’t forget: He knows what it’s like to go on national TV and come off badly.”

“What we are seeing is the royal family’s herd instinct,” Richard Kay, longtime royals correspondent for the Daily Mail, also said. “They circle the wagon at a time of crisis, and that’s what they’re doing now. When their credibility is called into question, their first strategy is to stand by the family, and their natural instinct is to believe each other. If Andrew has told them he is innocent, they will believe him.”

Added a source close to the queen, who attended church with Andrew on Sunday, “As his mother, she believed him, and she still does.”