Nina Dobrev and Grant Mellon have called it quits.

Multiple sources tells E! News that The Vampire Diaries star and the screenwriter-director are officially over after less than a year of dating.

“Nina hasn’t brought him around to any of her events in over a month and hasn’t mentioned Grant,” one insider reveals. “She has been partying and hanging out with friends without him. He has been shooting a Netflix film outside of Los Angeles and they haven’t been hanging out together. Nina seems to be doing fine but none of their friends have seen or talked to Grant.”

According to a second source, the duo’s split happened quietly. “Nina hasn’t mentioned a breakup,” the source says. “But she hasn’t spoken about Grant in several weeks. She seems to be quite happy and has recently been out socializing with friends, each time without Grant.”

Dobrev and Mellon first sparked romance rumors back in January and spent a lot of time together in recent months.

In March, they sat court side together while enjoying a L.A. Lakers game. At the time, an insider said they had “been intentionally keeping their relationship as low-key as possible.”

Just two months later, they seemed to ditch that out M.O. While attending the 2019 Cannes Film Festival, the duo were seen packing on the PDA while out for a swim. 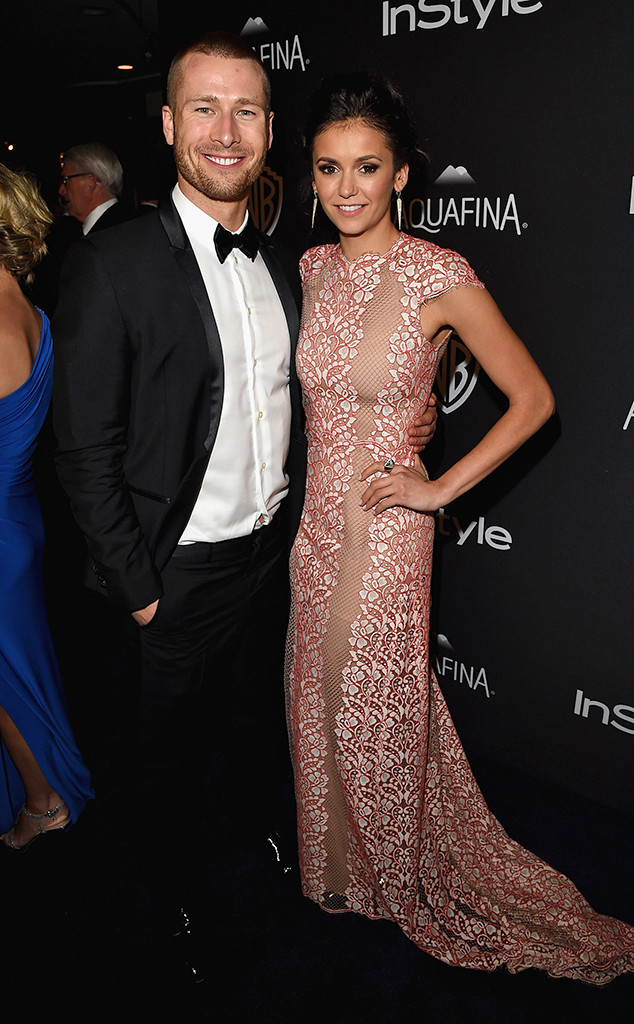 While they never made their relationship Instagram official, the source revealed that the actress often referred to the filmmaker as her boyfriend. In fact, Mellon even got the seal of approval from her bestie. As the insider explained, “The two have spent time as a couple with Nina’s best friend Julianne Hough and her husband Brooks Laich.”

Prior to dating Mellon, Dobrev was romantically linked to Scream Queens star Glen Powell. The longtime pals only dated for a few months and drifted apart due to their demanding schedules.

“There hasn’t been an official ‘split’ but Nina and Glen have been taking time apart,” a source told E! News exclusively in 2017. “Nina just wrapped on a project and is about to start another and her schedule has been a huge part of it. They haven’t been spending much time together since the end of the summer.”

Despite their breakup, she and Glen remain on friendly terms. Over the weekend, Nina was spotted attending Glen’s 31st birthday party in Los Angeles.