We see you, Prince William!

It’s rare to see the Duke of Cambridge and his famous wife, Duchess of Cambridge Kate Middleton, share any public displays of affection while out and about during their frequent royal engagements. However, if you pay close attention, sometimes you can spot a very quick moment between the typically physically reserved royals. Such was the case on Tuesday as the parents of three arrived to the Troubadour White City Theater in London in honor of Shout’s crisis volunteers, who operate the program’s 24/7 crisis text service.

Donning ruby trousers by Joseph with a plaid Smythe blazer and suede black pumps, Middleton was expectedly chicly dressed for the occasion alongside William, who sported a traditional suit and tie. In a blink-and-you’ll-miss-it moment, as the two shook hands with volunteers, The Daily Mail’s Royal Correspondent Rebecca English captured William quickly patting his beloved wife on the back. Aw!

Inside the event, the pair mingled with guests, including a father whose 14-year-old daughter committed suicide after seeing reportedly graphic content on Instagram, spurring the two to discuss the social media platform. 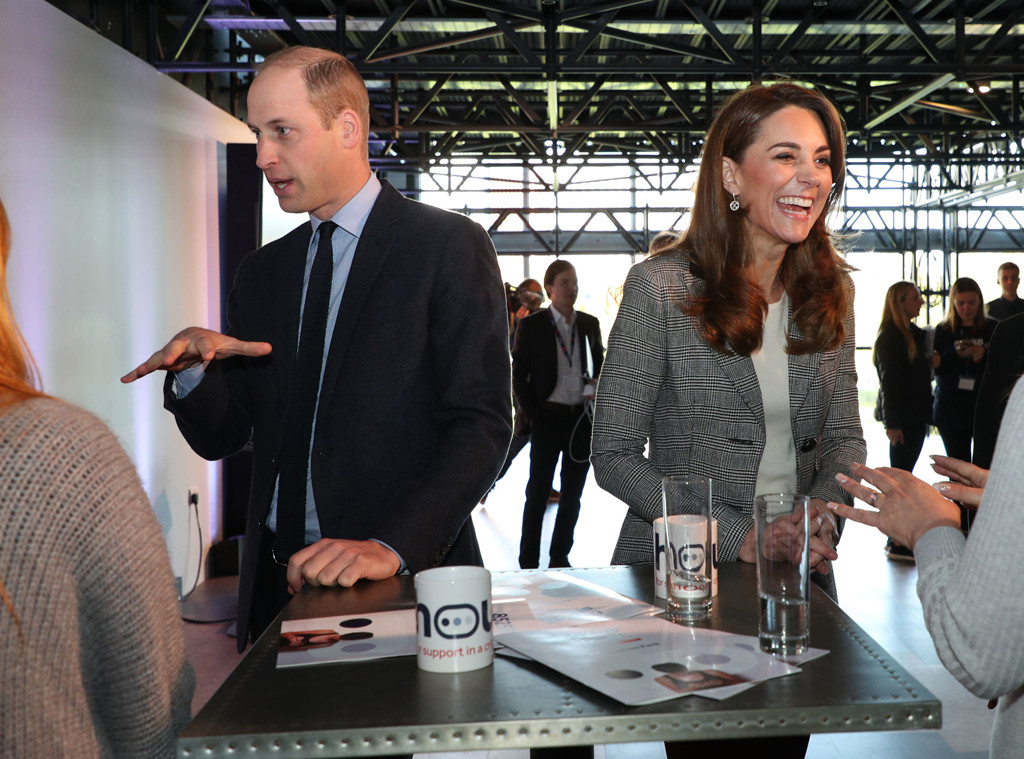 “Catherine and I, and I know I speak for Harry and Megan as well, couldn’t be more proud of what Shout has accomplished and what you’ve still to accomplish,” he said in a speech on Tuesday, noting the 1,500 people actively volunteering for the service now. “Catherine and I were hearing just outside about how many of you are waking up at 3 a.m. to answer the sort of peak demand.”