Though the couple tied the knot in a courthouse ceremony in 2018, the model and the “Boyfriend” singer are set to say “I do” once again, this time in front of friends and family in South Carolina. Ahead of the nuptials, Hailey spent Wednesday night celebrating her bachelorette party in Los Angeles with her BFFs, including Kendall Jenner, Maeve Reilly, Kelia Moniz and Natalie Manuel Lee.

“Kendall planned the night for Hailey,” a source tells E! News of the celebrations. “They had dinner at Ysabel followed by dancing at Delilah.”

“A white Oh Polly strapless dress was delivered to Hailey’s house in the early evening and her stylist came over to help her get ready,” the insider continues. “Kendall visited the Hustler store where she purchased lots of fun sex toys, phallic straws, water bottles, candy necklaces, lingerie and a veil for Hailey to wear.”

Penis cups, straws, a penis piñata were among the items purchased at Hustler.

The source adds, “Kendall was laughing hysterically as she walked through the store. She was having so much fun picking stuff out.”

According to the insider, the group of ladies headed out around 9 p.m. and “had a blast playing with all the toys and celebrating Hailey.” 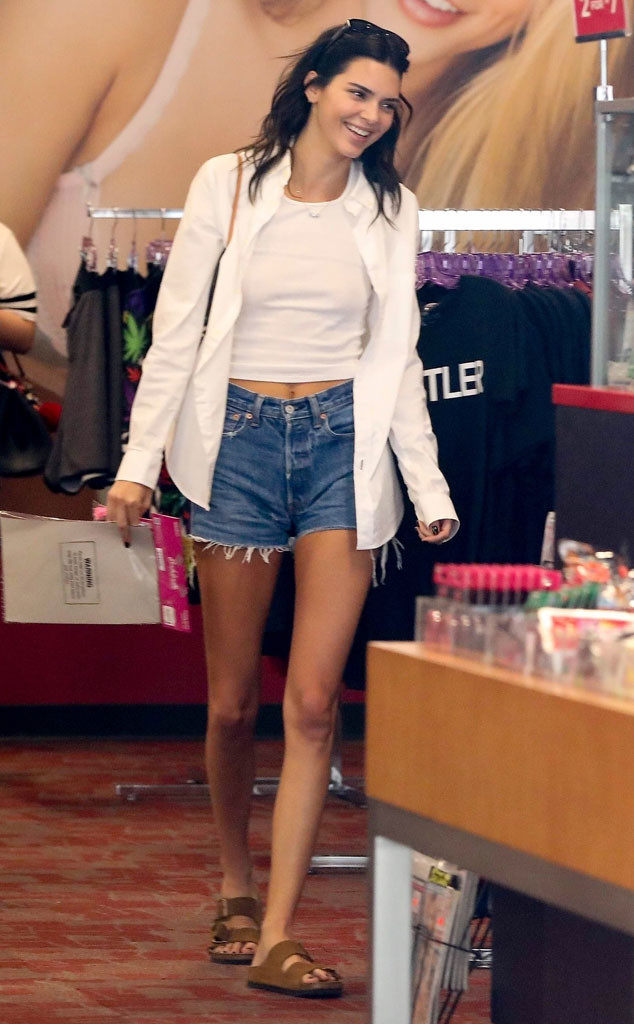 “They went wild eating the candy necklaces and sipping their drinks from the straws. There was lots of screaming and giggling,” the source tells E! News. “When Hailey saw everything she was dying laughing and got a big kick out of it all. It was the classic bachelorette party with all the fun props and silly toys. Hailey wasn’t shy and got right to it playing with everything and posing for photos.”

“She had a very fun and memorable night with her girlfriends letting loose,” the insider says. 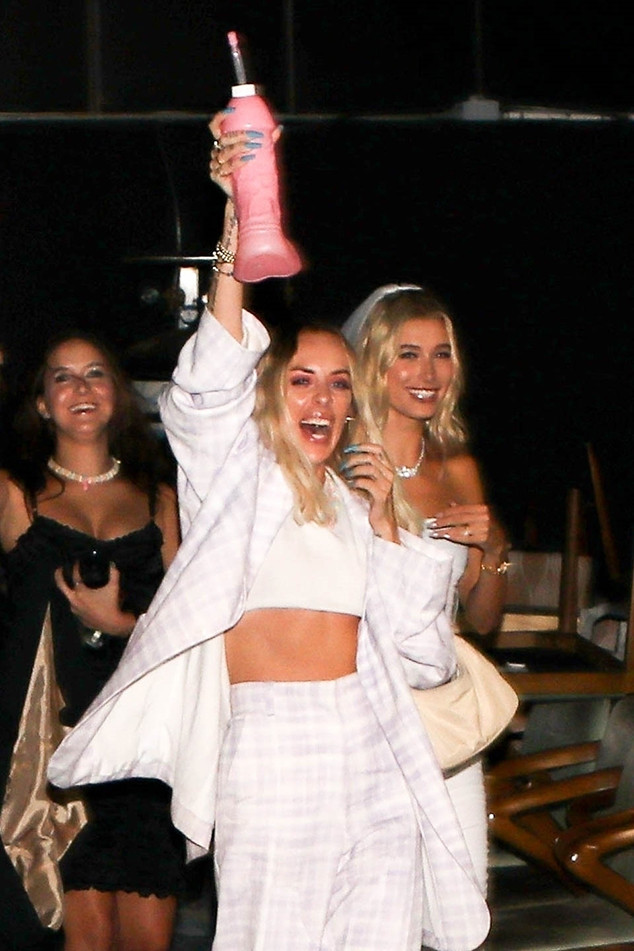 A second source tells E! News that Hailey and the girls arrived around 11:30 p.m. to Delilah and were in and out of the private back room and the main dining room.

“They made sure they had their own private area set up with drinks and were brought out dessert and appetizers. For a moment, Hailey was sitting with all her girlfriends at a table and was cheersing drinks with a huge smile on her face,” the insider shares. “They were all drinking tequila cocktails. Hailey was dancing to the loud hip hop music with Maeve and Kendall for bit and they were loving it.”

“Maeve and Kendall were definitely her hype friends and were making sure it was all about her and that she was having a good time,” the source adds. “They kept yelling ‘wifey!!’ really loudly and Hailey would laugh. She looked like she was having a blast and was super happy.”

So where was Justin amid the bachelorette celebrations? According to a third insider, “Justin meanwhile, went to church at around 8.”