“Technically, it’s a fashion show, but Rihanna doesn’t do anything that’s already out there so it’s elevating that concept.”

And elevate it she did. Such was how an unnamed voice described the triple threat’s most recent Savage X Fenty show in the newly unveiled Amazon Prime special. While it took place in Brooklyn inside the Barclays Center (across the water from New York Fashion Week’s more traditional stomping grounds) on Sept. 10, anyone with an Amazon Prime account is getting a seat to the show thanks to the episode out now.

In it, fans not only get to the see the grand final product, but also go along for the ride with Rihanna as she and her team produce the groundbreaking event from the, well, ground up. That means the casting, fittings and rehearsals up to the big day. Through it all, the star’s mission is clear: include and empower. “Every woman deserves to feel sexy,” she declares. “We are sexy.”

Then, it was showtime. For all of the must-see moments, drumroll please!

1. Rihanna’s Showstopping Opener: What would Rihanna’s fashion show be without…Rihanna? As was chronicled at the beginning of the special, the star decided to join in the show’s captivating opening performance, which featured dancers on boxes highlighted by spotlights. The choreography was bold and strong—Rihanna approved. 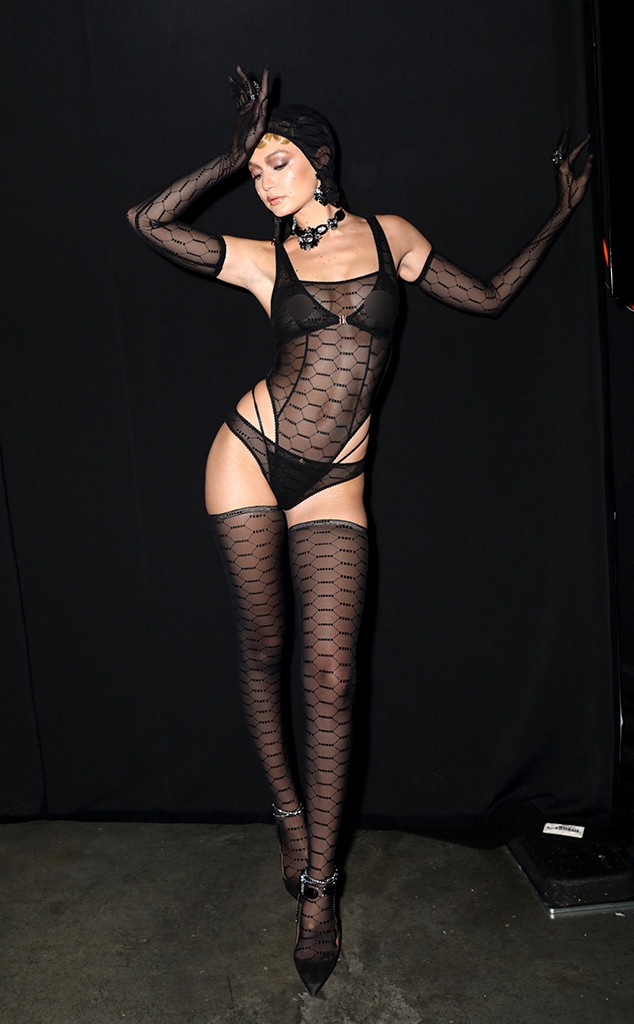 2. Spotlight on Gigi Hadid: One by one, the models strutting the Savage x Fenty designs were uniquely highlighted, including the 24-year-old supermodel, who fluidly posed with the music and confidently walked around the stage in the spotlight before shooting a smile at Big Sean, who was next to perform with A$AP Ferg.

3. Cara Delevingne Takes the Stage: The famous supermodel posed in an electric green ensemble before “hypnotizing” a row of dancers, spurring perfectly synchronized choreography in a line formation with pops of impressive solos. 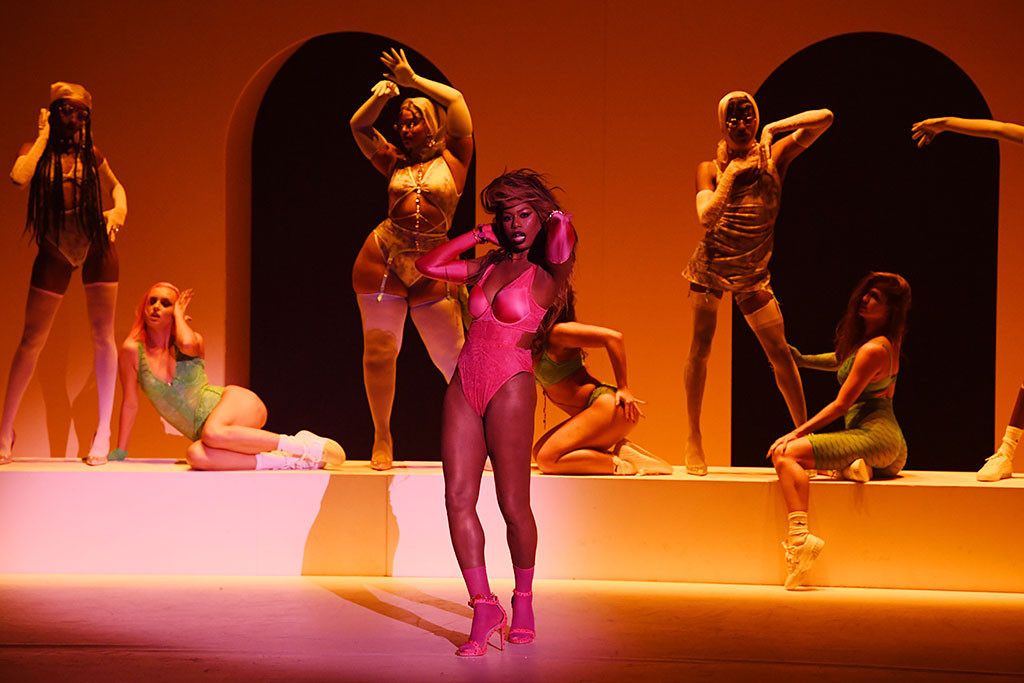 4. Laverne Cox Shows Off Her Moves: The star was the definition of confident as she hit every mark, dancing around the stage in a pink bodysuit and matching accessories and whipping her wavy tresses before a fabulous finale high kick. 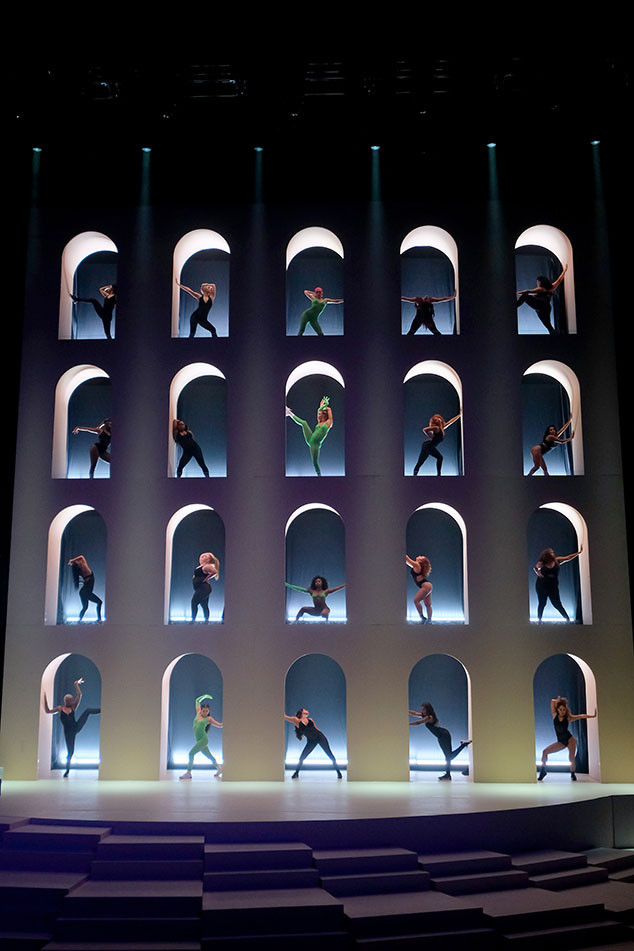 5. In It Together: At a few points in the show, all different dancers assembled in a structure with alcoves (pictured) to perform some seriously standout choreography. Needless to say, we’re pretty sure this has never happened before at a fashion show. 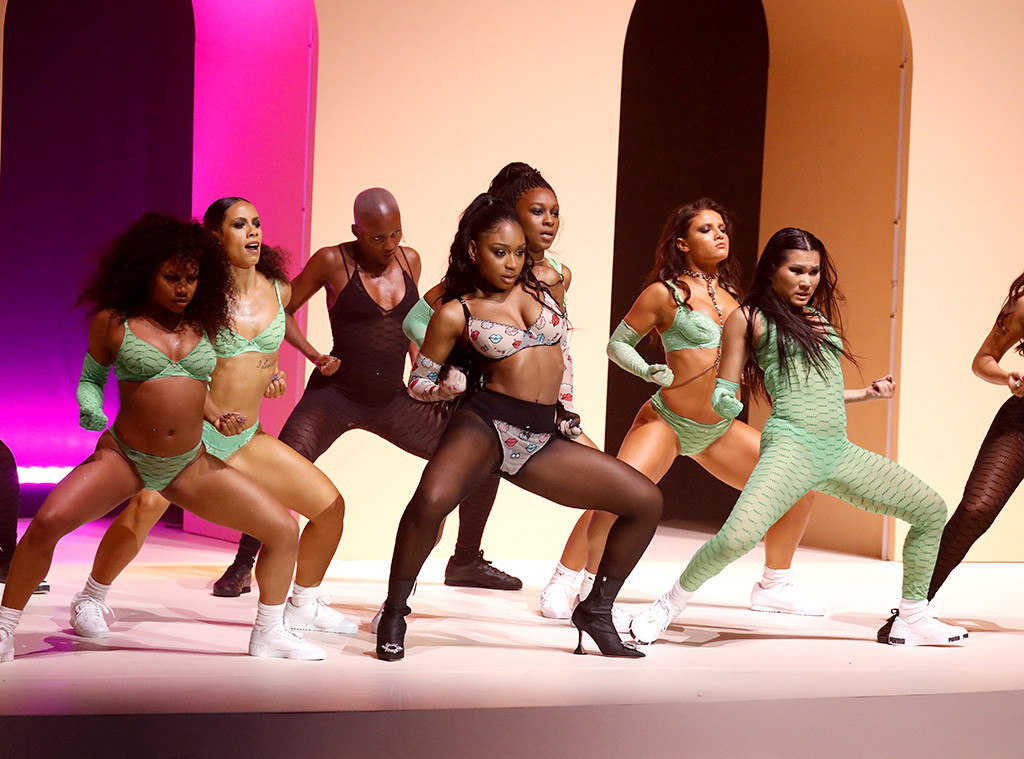 6. Normani Gets Her Groove On: The songstress didn’t need a microphone to bring down the house at the show, leading a group of dancers to a remix of Sean Paul‘s “Get Busy.” You go, girl!

7. Halsey Belts It Out: Keeping with the musical theme of the show, the songstress serenaded the crowd with “Graveyard” while simultaneously serving as the beat for the dancers onstage. 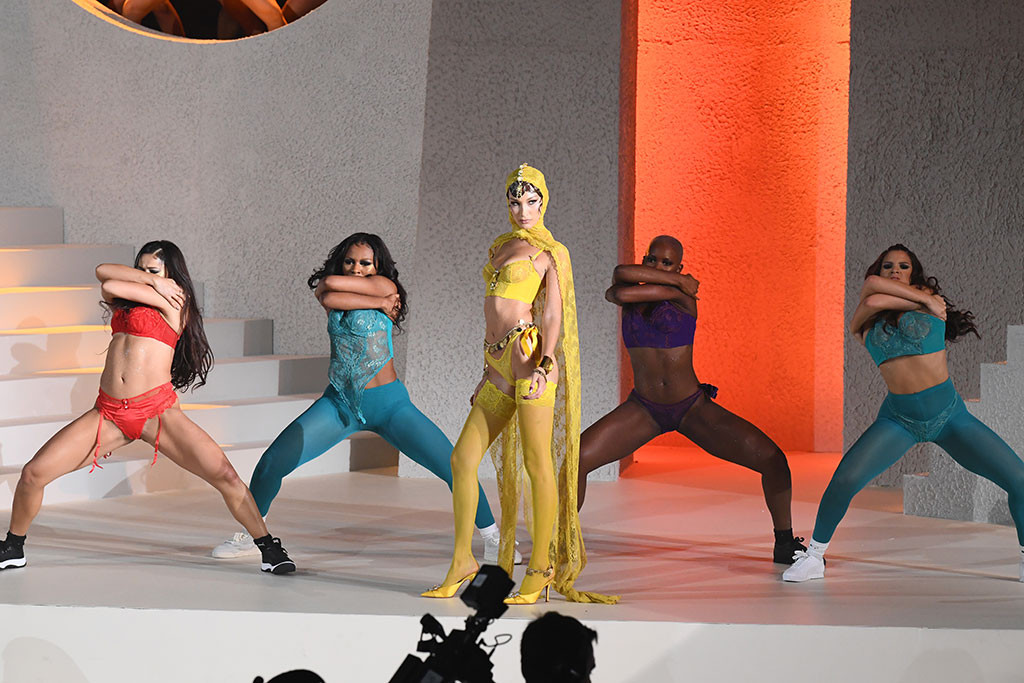 8. Bella Hadid Leads the Parade: Toward the end of the show, the supermodel is unmissable onstage as she makes her way around in a bright yellow ensemble, followed by models like Isis King and Makeda Cyrus. Meanwhile, around them, an array of dancers in colorful lingerie looks brought the stage to life with their own moves before assembling into lines for more impressive synchronization.

In summary, it was a show you didn’t want to miss. As for the very fierce grand finale, Rihanna capped it off perfectly with a hair flip.