Canada has become a well-known target, even a magnet, for money laundering, and no wonder.

According to a report out today from the C.D. Howe Institute, a Canadian think-tank, 99.9 per cent of those money launderers are just never caught.

And as British Columbia begins to crack down on the washing of dirty money, the author of the new report, retired corporate lawyer Kevin Comeau, says failure to change national laws just means the crime will go elsewhere in the country.

“It’s highly unfair to law enforcement agencies to say that they’ve been ignoring it,” said Comeau, a member of Transparency International Canada’s working group on beneficial ownership transparency, in a telephone interview. “The problem is that they don’t have the tools to address it.”

Ironically, it is Canada’s reliable rule of law system that attracts the money launderers. Dirty money can come from crime anywhere in the world, including Canada. But much of it is funnelled out of poor countries and autocratic regimes.

But whether the source is drug crimes or political bribery and theft, the people who claim that money don’t want to keep it in those autocratic countries because a more powerful leader could simply take it.

Not so in liberal democracies like Canada where, once you have the legal right of ownership, the law firmly protects that right.

For that reason laundered money in Canada is much more valuable than dirty money elsewhere. And that is why money launderers are pleased to pay well over asking for high-priced real estate, where multimillion-dollar blocks of cash can be cleansed in a single deal.

Former Peruvian president Alan Garcia killed himself after being accused of accepting kickbacks from construction companies. If corrupt leaders can get their money to Canada and laundered, it is hard for the government to get it back. (Pilar Olivares/Reuters)

Unlike perpetrators of many other crimes who can be caught in the act and arrested, money launderers have three big advantages.

“One is the invisibility of the crime. The other is the anonymity of the perpetrators of the crime, and the third is the legal difficulties of tracing the money,” said Comeau. “Because you don’t have a money laundering crime until you can prove that it’s the proceeds from an underlying crime, i.e. drug dealing, political corruption, kickbacks, that kind of thing.”

For all practical purposes, tracing the money back to its original illicit source can be impossible for Canadian law enforcement officials.

Down the rabbit hole

Not only has the money been filtered through a web of corporate entities before it comes to Canada, but sometimes the cash passes through companies headquartered in notorious tax havens such as Saint Kitts and Nevis, where it is actually illegal to reveal the beneficial owner. Comeau describes that as the “rabbit hole” of hidden money.

Comeau says that despite Canada’s fractured securities laws controlled by each province and territory, there are things lawmakers can do now if they are serious about making Canada less of a money laundering oasis and bringing the country up to the standards of other rule of law countries.

Canada allows nominees, companies and trusts to buy and sell property without revealing the person who is the beneficial owner. Comeau said that must change. 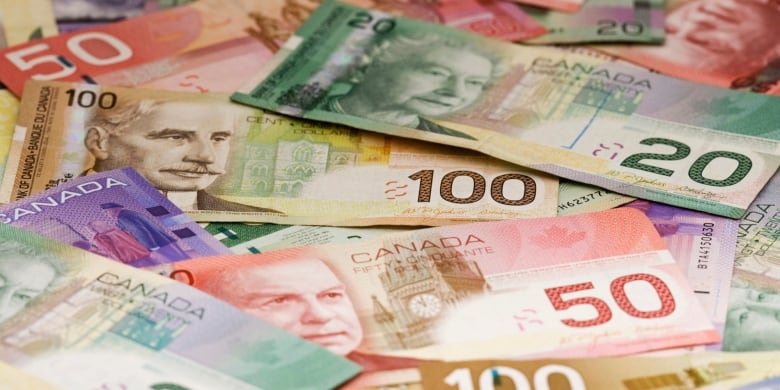 ‘Clean’ Canadian money is worth a lot more after it has been laundered, making fines almost meaningless. Instead, the C.D. Howe report is calling for prison time as a penalty. (CBC)

The key provision of any such laws would be that the lawyer or other agent moving money through Canada must reveal the beneficial owner of that money in a publicly searchable database.

Comeau insists it is crucial that the information is not on a private database, but is available for everyone, including people who may have lost that money overseas.

While that conflicts with privacy laws, proponents of the changes says it is well within Canadian law in order to solve this money laundering crime.

To be effective the law must create offences that could include declaring money to be clean when it is not, falsely declaring beneficial ownership, and something called “unexplained wealth orders” that allow authorities to demand the source of money back to its origin.

The other essential part of the new laws must be the inclusion of imprisonment as a penalty for serious violations, because with so much money at hand, fines become meaningless. Prison time would be something else again.

“Then the law enforcement agencies would have something right at the beginning to say to the guy: ‘Tell us who the beneficial owner of all this is or we’re going to charge you,'” said Comeau.

“The money launderers have to bear the very real risk that the person will cut a deal with law enforcement agencies and give them the information leading back to the perpetrators of the original crime.”

The entire C.D. Howe report can be found here.