Kate Pendergast hits the dirt of the new Century Mile Racetrack on the back of Run On.

The three-year-old chestnut filly has started just once before but she’s champing at the bit.

The pair take to the wide open space of the mile-long track at full tilt.

“This track is lovely; there’s lots of room for the horses to train; it’s a beautiful surface,” said Pendergast, an exercise rider with 17 years experience.

The $61.5 million Century Mile Racetrack and Casino opened in Leduc County near the Edmonton International Airport in April. The 90,000-square-foot facility features a casino, restaurant, indoor and outdoor viewing stands.

The facility replaced Edmonton’s Northlands track which opened in 1900, but hosted its last race in October 2018.

Pendergast, an equine instructor at Olds College, has worked with horses at tracks across North America, but says working at a brand new track is exciting.

“We got here and there was nobody here and the horses started trickling in and the maintenance is doing their thing everyday and preparing the grounds to have it be a fully-functional race track,” Pendergast said.

“This is very cool to be a part of the beginning of something.” 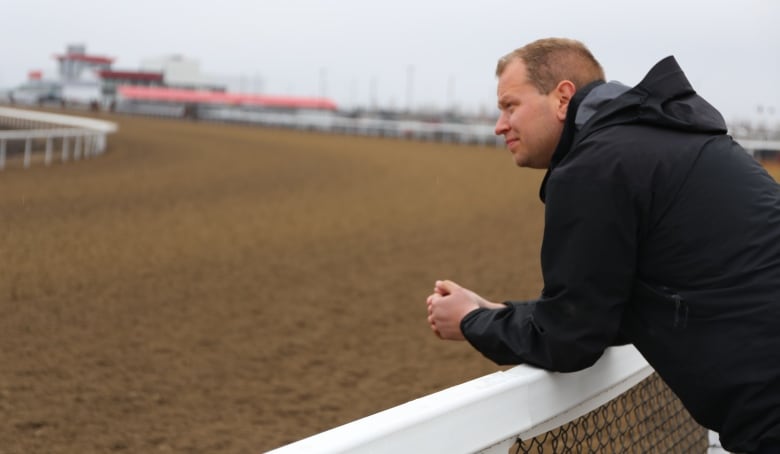 Matt Jukich looks over the track during the morning exercise runs. (Adrienne Lamb/CBC)

“It’s a nice soft surface, you can barely hear them as they go by. They’re not pounding on it, it’s easy on the joints,” Jukich said.

“Northlands was a great surface as well, but it was just old and tired and this is a brand new.”

While the weather for the first few races wasn’t great, it didn’t drive away the crowds, Jukich said.

He estimates 5,000 people turned out to the inaugural meet at the end of April.

“There’s nothing like being down on the rail on race day feeling the excitement of the crowd, horses pounding by you, it gets in your bones.”

A POV video from the back of a thoroughbred. Exercise rider Kate Pendergast takes a lap on the new Century Mile race track, while riding a three-year-old filly named Run On. 5:11

Tim Rycroft is also optimistic about the future.

“Everything is going along pretty good,” said Rycroft who’s a name in rodeo and ranching and has made his mark as a thoroughbred trainer.

“I think it’s going to be the go-to place in Western Canada once we get all the kinks worked out.” 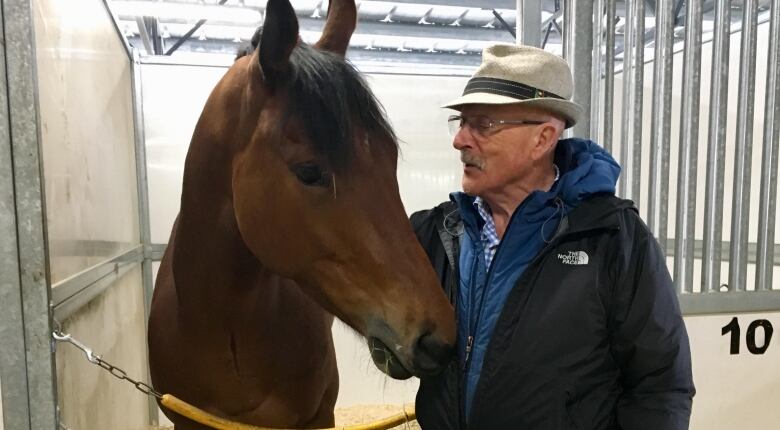 Trainer Rod Cone checks on some of his horses in the barn at Century Mile Racetrack. (Adrienne Lamb/CBC)

Rycroft points to hiccups with the simulcasting for the first few races, ongoing landscaping and construction in the barn area, as well as training old fans to make the trek to Leduc County while educating new fans who are just “getting their feet wet” in the sport.

“I wish they were betting a little more,” Rycroft laughs.

For trainers like Rod Cone, the smart money is on the long-term success of the track.

“We’re just really excited to be here and have a mile racetrack in Alberta. Bigger track, softer for horses and safer for riders and more exciting for the public to have a big track like this,” said the 72-year-old who’s been around horses all his life.

Cone is proud to be working out of the only mile track west of Ontario.

“I think we’ll attract horses from out of the province now that we have a mile racetrack. I’m coming to the end of my career but I’m happy for the young people who are getting into it because they got a future here.”

You can see more from Century Mile Racetrack and Casino on Our Edmonton Saturday at 10 a.m., Sunday at 6 p.m. and 11 a.m. Monday on CBC TV. 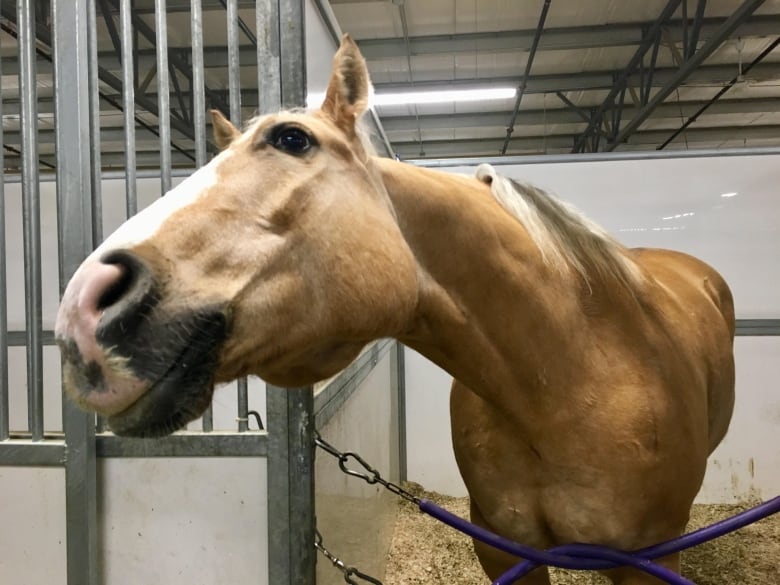