Joaquin Phoenix and Rooney Mara might be taking a major step in their relationship!

It looks like the 44-year-old Joker star and 34-year-old Girl With the Dragon Tattoo actress could be engaged. Rooney was recently spotted wearing a dazzling diamond ring on her engagement finger, which has led some to believe that her beau asked for her hand in marriage.

While little is known about the ultra private pair’s romance, Joaquin and Rooney were first romantically linked back in early 2017 when they were spotted on a wellness retreat together. Four months later, the stars confirmed their relationship in glamorous fashion by stepping out hand-in-hand at the Cannes Film Festival.

Joaquin and Rooney’s friendship truly goes way back! In 2013, they proved their enviable chemistry when they co-starred in the Oscar-nominated film Her. They also shared the screen in the 2018 biblical drama Mary Magdalene. According to reports, the actor and actress first realized their attraction to one another while filming the project a year prior in Italy.

Phoenix’s rep shot down those rumors at the time, saying they were “just good friends” and had been for “quite a long time.”

However, in a 2017 interview with The New York Times, the Oscar winner confirmed he and Rooney live together in the Hollywood Hills. 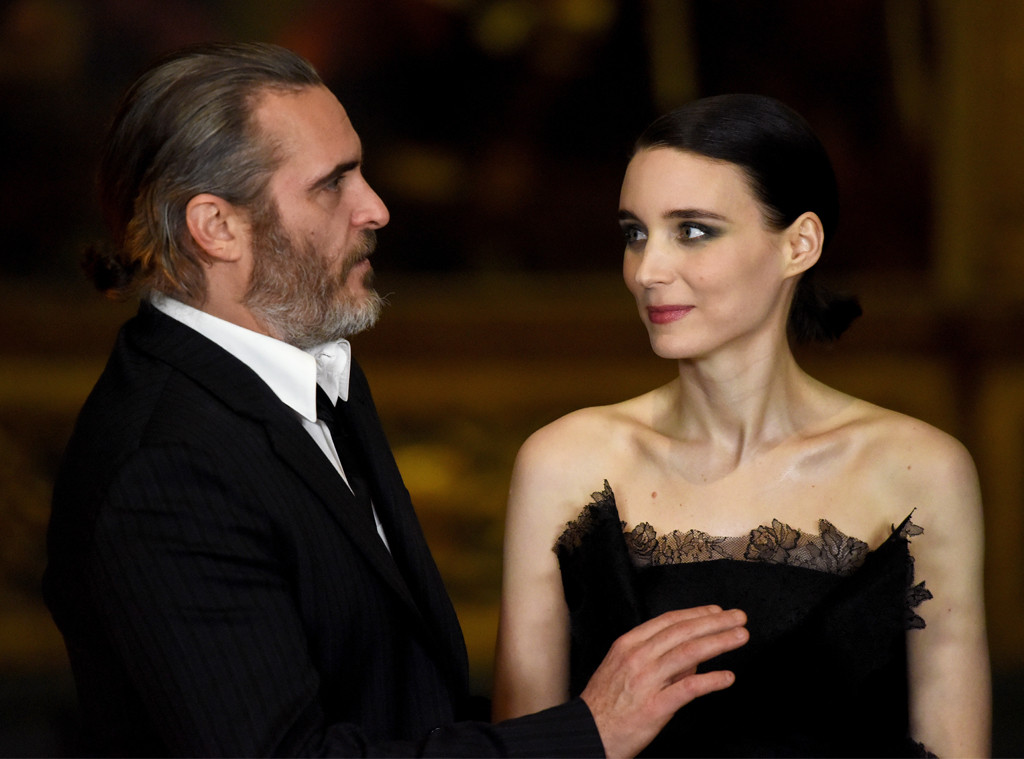 Rooney was previously in a relationship with director Charlie McDowell, who is said to currently be dating Game of Thrones star Emilia Clarke. If the rumors are true, this would be both Rooney and Joaquin’s first engagements.

Congratulations to the happy couple!

E! News has reached out to their reps for comment.