The countdown is on! Meghan Markleis in labor.

A frenzy ignited on Monday with Buckingham Palace’s confirmation that the Duchess of Sussex is in labor with her and Prince Harry‘s first child. According to the palace, Markle went into labor in the early hours of Monday morning with Harry by her side.

This is likely the last bit of info the public will receive before meeting the new royal baby. In a statement shared on April 11, Buckingham Palace revealed, “Their Royal Highnesses have taken a personal decision to keep the plans around the arrival of their baby private. The Duke and Duchess look forward to sharing the exciting news with everyone once they have had an opportunity to celebrate privately as a new family.”

Preparations for the baby’s arrival got serious when Meghan went on maternity leave in March, with the exception of one unplanned visit to New Zealand House in London, where they paid tribute to the victims of the New Zealand mosque shooting.

Since then, it seems the Duchess has slowed down on her royal duties and has begun focusing all her attention on the little one’s imminent arrival. Her and Prince Harry went to a new-age wellness clinic in the upscale neighborhood of Kensington in early April, where “happiness treatments” and “energy healing” are included among the offerings.

The baby countdown really ramped up just days ago when it was announced Harry’s trip to Amsterdam had been postponed. “Due to the logistical planning for the travelling press to cover visits and engagements by The Royal Family, we have taken the decision to postpone The Duke of Sussex’s scheduled visit to Amsterdam on Wednesday 8th May 2019,” a spokesperson for the Duke and Duchess of Sussex said Friday.

The royal statement continued, “The Duke is currently scheduled to travel to The Hague on Thursday 9th May for the launch of the Invictus Games The Hague 2020 as planned.”

Whenever the little one arrives, the soon-to-be parents are prepared. They moved into their new 10-bedroom home at Frogmore Cottage on the Frogmore Estate in Berkshire, which is just a stones throw away from Queen Elizabeth IIand Prince Phillip‘s home. They were previously living in a 2-bedroom apartment at Nottingham Cottage on the Kensington Palace grounds, a far cry from the somewhat private life the soon-to-be parents hope for.

“Windsor is a very special place for their royal highnesses and they are grateful that their official residence will be on the estate,” Kensington Palace said in a statement at the time. 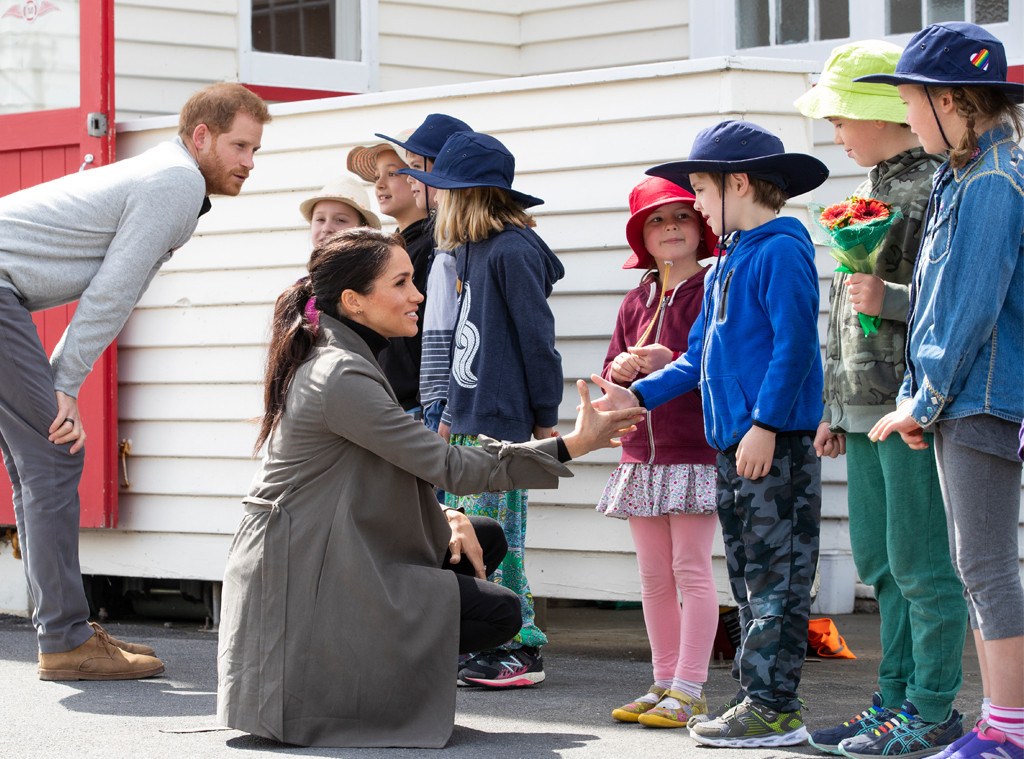 It seems like just yesterday the Prince was marrying the former Suits actress at the Windsor castle! And now, they are about to welcome their first child together.