The James Bay community of Waswanipi in northern Quebec says it is determined to finally get a handle on its dog population, which is free-roaming and, at times, aggressive.

Officials in the community are taking steps to implement a dog control bylaw that has been on the books since 2013, and say the local population needs to be educated to become better dog owners.

“Right now there’s a lot of dogs running loose and some of the female dogs are in heat so you can imagine one dog followed by 10 [aggressive] dogs,” said Jonathan Ottereyes, assistant to the public safety officer in Waswanipi.

“So we’re doing this for safety reasons and the dog population is getting too big. People are having dogs and neglecting their dogs.”

IFAW works with several of the Cree communities in Quebec. In this photo, Denise Jack, lead veterinary tech with IFAW, gets some help from the owner as she vaccinates a dog named Rocky at the Northern Dogs clinic in Chisasibi. (© IFAW)

He wants to know if owners still want their dogs and to talk about how to better care for them, including getting them spayed and neutered.

Like in so many other northern towns, this is not a new problem in Waswanipi, with some resolutions about dog issues dating back to 2005, according to Ottereyes.

“I remember as a child back in the 90s and [the] dog issue was already happening,” said Ottereyes.

Not an easy fix 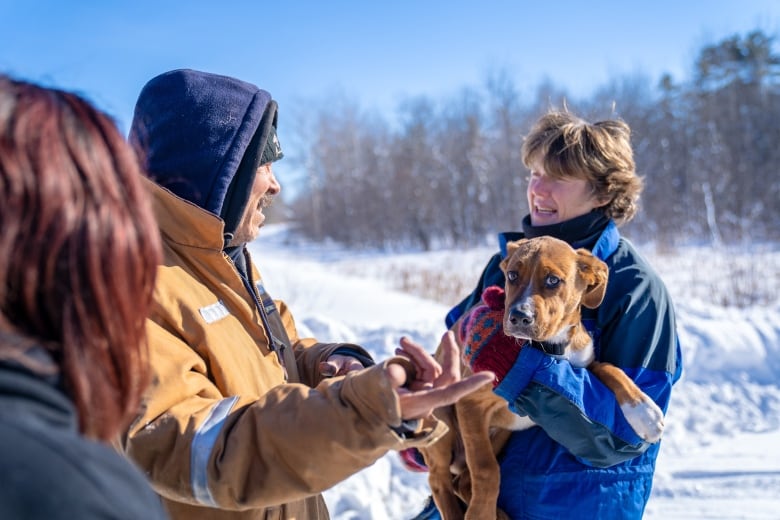 Janice Hannah is senior education and research specialist and manager of the IFAW’s Northern Dogs Project, which has been working with Waswanipi on and off since 2001.

She also works with many other Cree communities in Quebec, including Wemindji, Mistissini and Oujé-Bougoumou, as well as other First Nation communities across the country.

Hannah says there are no quick fixes.

“While communities and animal welfare groups often think that spay and neuter and dog removal are the answer, they are not,” said Hannah, adding the best way forward is a consistent and a multi-faceted approach with a lot of emphasis on educating humans.

“These dogs have a great life up there. I don’t want to take dogs out,” said Hannah, adding some owners will get rid of grown dog and turn around and get a puppy.

“That’s not changing anything long term in the communities,” said Hannah. “That’s why this stuff needs to be comprehensive.” 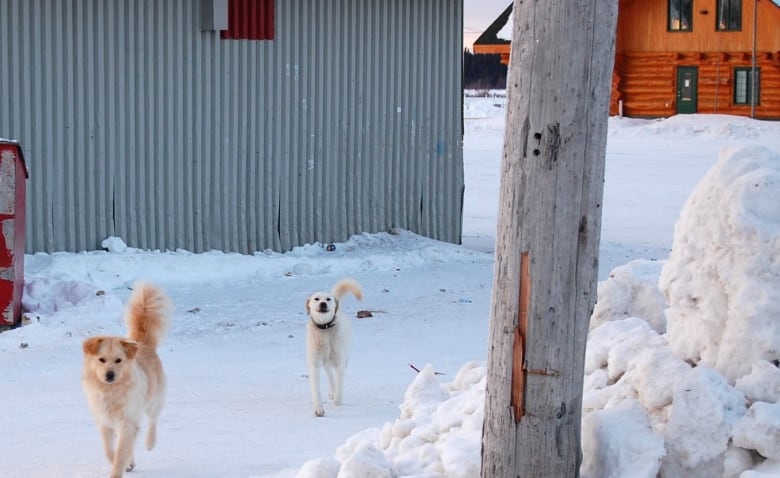 The Northern Dogs team on a visit to Waskaganish. IFAW works with several of the Cree communities in Quebec, including Waswanipi. Each year, IFAW staff and vets visit communities and set up spay/neuter clinics, as well as conduct educational programs stressing the importance of responsible pet ownership. (© IFAW/S. Wallace)

Tying the dogs up is also not the solution she says, and will just make dogs totally dependant on owners for their well-being and potentially more aggressive if those needs are not being met.

Hannah says some Cree communities, most notably Wemindji, have made a shift in the way people cohabitate with dogs.

Wemindji has a permanent, full-time animal care and control person in place and has for years, according to Hannah, and that person has the complete and consistent support of the local band council.