Hubert Francis of Elsipogtog will be recognized for his “profound and lasting effect” on the Atlantic Canadian music industry at the East Coast Music Awards on Sunday in Charlottetown.

The Mi’kmaw rock musician, recipient of the Dr. Helen Creighton Lifetime Achievement Award, said he has spent his career trying “to introduce people to themselves — their spiritual selves.”

“I wanted to play my music, I wanted to share my teachings and educate the general public on who I was as an Indian man and share our culture first-hand, instead of watching the John Wayne movies — the stereotype Indian, you know?”

If you’ve got an audience anywhere then you have the responsibility and obligation to speak on behalf of Mother Earth for our children, grandchildren, children unborn yet.– Hubert Francis

Francis and his rock band Eagle Feather have released three albums since they got together in 1990.

Early on, Francis followed in the footsteps of many rock artists who used their musical talents for “self-indulgence,” he said.

Francis, from Elsipogtog, has been making music his entire life. He will receive the Dr. Helen Creighton Lifetime Achievement award at the East Coast Music Awards on Sunday in Charlottetown. (Submitted by Hubert Francis)

Ultimately, going down that road is what led him back to his native, spiritual teachings.

“I starting thinking, ‘Wow, this is big when you’re in a position of influence … if you’re a teacher, if you’re a politician, if you’ve got an audience anywhere then you have the responsibility and obligation to speak on behalf of Mother Earth for our children, grandchildren, children unborn yet.”

Francis, who jokingly refers to the music he and Eagle Feather performed as “alter-Native,” said it wasn’t easy to find an audience for their Indigenous rock or to get recognition in the industry.

The turning point came in 1994, when he and Eagle Feather received two Juno nominations in the category of best music of Aboriginal Canada recording. 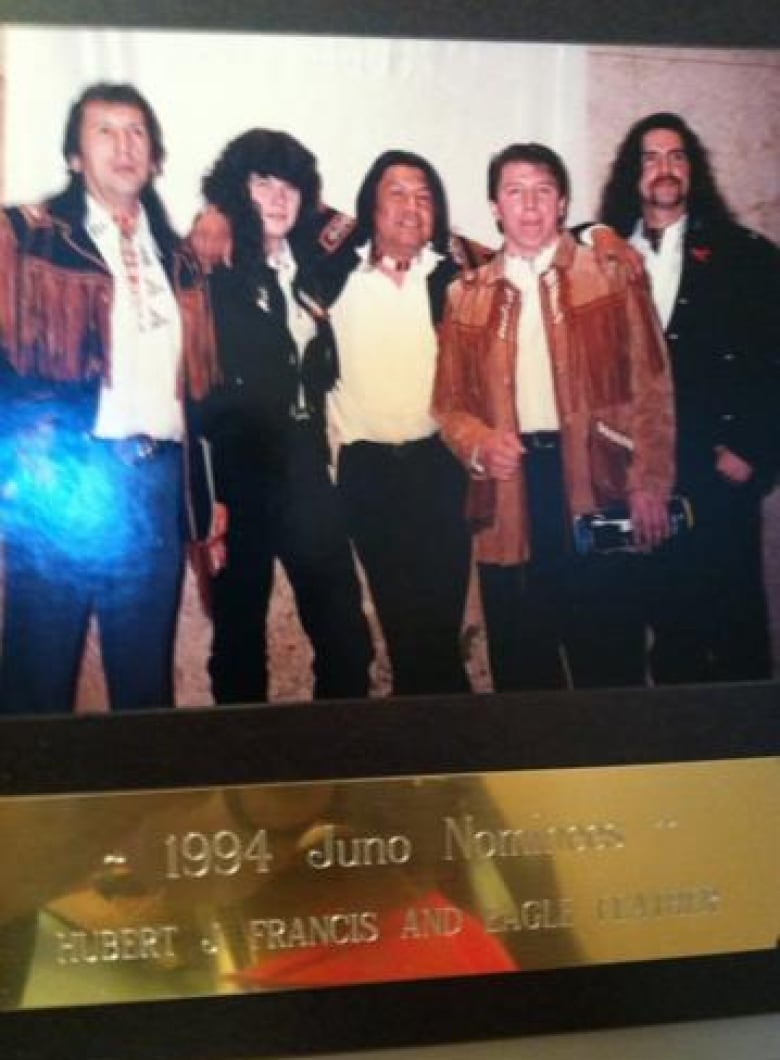 Francis said his Juno nominations in 1994 are his proudest achievement. He and his band Eagle Feather had two songs nominated that year, which he says ‘opened a lot of doors.’ (Submitted by Hubert Francis)

“I feel that our Indian children need more Indian heroes. And when we get recognized like that it gives our children hope, motivation … we’re not just Indians living on a reserve the way people see us, but we, too, have a chance.”

We don’t have a lot of musicians in Mi’kmawey but … when native children see him on stage — he’s the ultimate hero when it comes to music in our culture.– Alan Syliboy , The Thundermakers

Francis points to Jeremy Dutcher, winner of the Polaris Prize and a Juno Award this year, as a musician young Indigenous people can look up to, the way he looked up to Indigenous rock band Redbone in the 1970s.

“The first time I heard Redbone I said, ‘Wow — an Indian band out there on the Top 40.’

“It gave me hope and it gave me motivation and thinking, ‘Maybe I can do that too.'”

‘He is all about music’

Friend and longtime bandmate Alan Syliboy met Francis in the 1970s, when the two started playing together at a Truro motel.

“He’s very cool,” Syliboy said of Francis. “I don’t know anybody that has been 100 per cent in music the way he is. He is all about music.”

Syliboy and Francis play together in the band the Thundermakers, nominated for Indigenous artist of the year at the 2019 East Coast Music Awards, along with Jeremy Dutcher. 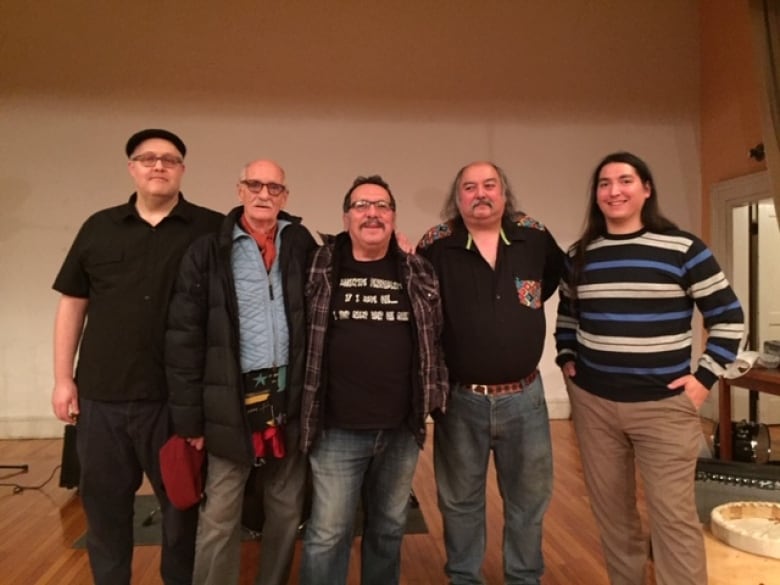 Francis, centre, along with some members of the band Alan Syliboy and the Thundermakers, are nominated for an ECMA. From left to right: Lucas Pearse, Jerry Granelli, Francis, Syliboy and Evan Syliboy. (Submitted by Hubert Francis)

When he heard that Francis was being recognized by the awards this year, Syliboy said his first thought was, “It’s about time.”

“We don’t have a lot of musicians in Mi’kmawey but … when native children see him onstage — he’s the ultimate hero when it comes to music in our culture.”

Syliboy describes Francis as a professional who brings a brand of music that “comes from the heart.”

“It’s the sincerity, I think, that comes through in everything he does, especially his music.”

Hubert Francis of Elsipogtog First Nation is in the spotlight at the East Coast Music Awards this week. He’ll receive a lifetime achievement award Sunday in Charlottetown. Jonna Brewer spoke with Hubert Francis. 14:03