The Arctic Cultural and Coastal Plain Protection Act was approved Wednesday by the Democrat-controlled House Committee on Natural Resources, meaning it now goes to the House floor for a possible vote by all members of Congress.

The bill would effectively repeal a provision in the Trump administration’s 2017 tax law that allows for oil and gas drilling in parts of ANWR. The refuge is home to the calving grounds of the Porcupine caribou herd and had been off-limits to drilling for decades — despite efforts by some Alaska politicians to open it up.

Indigenous representatives — including Bernadette Demientieff of the Gwich’in Steering Committee, left — testified before a congressional subcommittee in March. (CBC)

“Today we saw House leaders stand up for our human rights and way of life by voting to protect our sacred land. We are thankful to them.”

Demientieff, along with several other Indigenous leaders from Alaska and Yukon, addressed a subcommittee hearing about the Bill, in Washington in March. She was back in Washington this week to see Wednesday’s committee vote.

She called it “an important day” for the Gwich’in people.

“[ANWR] is not just a piece of land with oil underneath, this is sacred land to us,” she said. “This is one of the last untouched ecosystems in the world, and we should leave it like that.”

Democratic representative Jared Huffman of California — who spearheaded the legislation — agreed, saying on Wednesday that ANWR is “too wild, too important, too special to be spoiled by oil and gas development.” 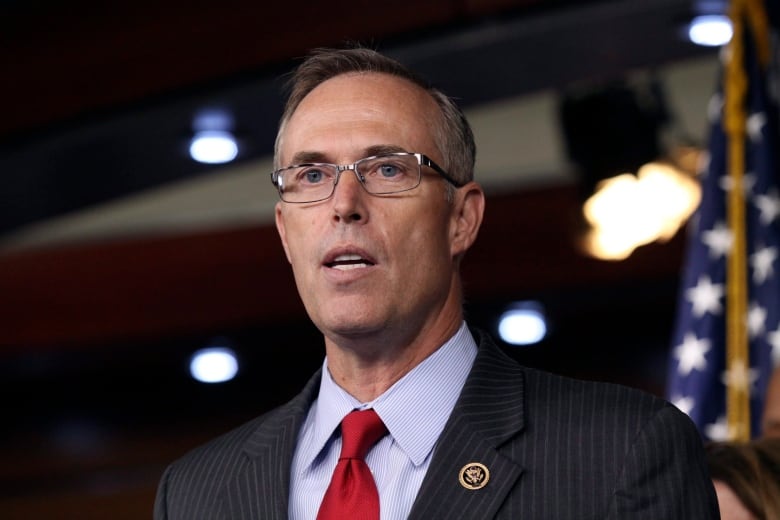 ‘Let’s not mess up one of the few good things that are still going for caribou and the people who depend on them,’ said Democratic representative Jared Huffman of California. (Lauren Victoria Burke/The Associated Press)

“In the face of climate change, let’s not mess up one of the few good things that are still going for caribou and the people who depend on them.”

The bill still has some major — and possibly insurmountable — hurdles to pass before it becomes law. If it passes a vote in the House, it would then go before the Republican-controlled Senate.