Like many people who grew up in the late 1950s on the Mohawk territory of Kahnawake, Que., Kenneth Deer has experienced the legacy of federal Indian day schools.

He doesn’t speak Kanien’kéha, the Mohawk language; it wasn’t taught during the time he attended Kateri Tekakwitha School, a former federally operated Indian day school run by the Roman Catholic Church on the territory.

Kahnawake is on the south shore of the St. Lawrence River, across from Montreal.

“I don’t speak Mohawk, and I absolutely blame the system for that,” said Deer.

The only thing he remembers learning in elementary school about Indigenous people was the Lachine massacre, and that Iroquois burned Jesuits at the stake.

The Lachine massacre occurred on Aug. 5, 1689, when 1,500 Mohawk warriors attacked and killed settlers in Lachine, New France, at the upper end of Montreal Island.

The Mohawk Nation is the easternmost member of the Iroquois Confederacy.

“That’s what they taught about Iroquois,” he said. “We were the bad Indians. So it wasn’t really inspiring to be taught this.”

Kenneth Deer’s Grade 6 class photo in 1959-60 at Kateri School. He is second from the left in the front row. (Kenneth Deer)

This month, the Federal Court of Canada will be asked to approve a settlement in a lawsuit, the Federal Indian Day School Class Action, against the federal government to compensate for harms suffered by students who were forced to attend Indian day schools.

While churches ran the day-to-day operation of the schools, the federal government inspected them, kept records, and made other important decisions about them.

An estimated 150,000 First Nations, Métis and Inuit children attended residential schools — but even more were forced to attend the day schools across Canada, the class-action settlement cited.

The schools were operated separately from residential schools, so the students were not included in the 2006 Indian Residential Schools Settlement Agreement, which recognized the damage inflicted by residential schools and established a $1.9-billion compensation package for all former students.

Day schools were operated by many of the same groups that ran residential schools, however.

Kahnawake had one of the highest number of federal Indian day schools in Canada (second after Six Nations of the Grand River, Ont.): 11 schools were operated in the community between 1868 and 1988 by the Roman Catholic, Methodist, Anglican and Presbyterian churches. 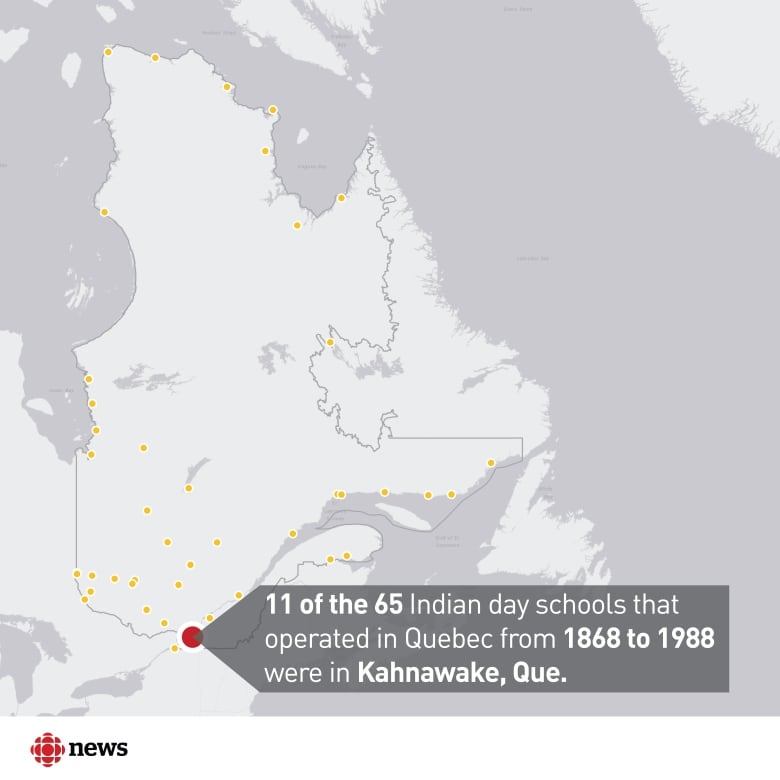 Today, Kateri School is a community school run by the Kahnawake Education Centre, a school board governed by parents and community representatives. Its curriculum is guided by the community’s desire for a culturally rich education that embraces who the students are as Mohawk people.

In the beginning, though, Kateri was nothing like that. Originally, it was run by the Roman Catholic Church, which named the school after Kateri Tekakwitha, a Mohawk woman who was converted to Catholicism by missionaries in the 1600s, and was canonized as the first Indigenous North American saint in 2012. Students weren’t taught their language or culture, and the community had no input in what — or how — the children were taught. 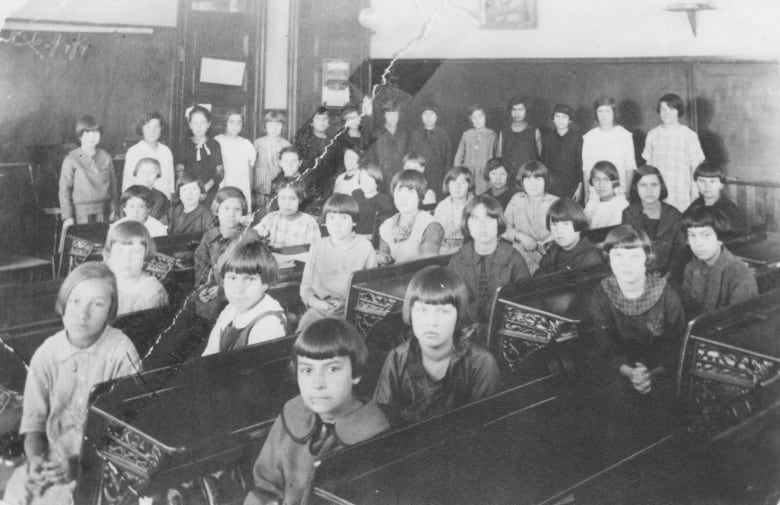 The Kanien’kehá:ka Onkwawén:na Raotitióhkwa Language and Cultural Centre (KORLCC) has several photos in its archives of day schools, but some, like this one, don’t say when they were taken or who is pictured. (KORLCC)

‘You were always hit with something’

Over the last month, Dennis Diabo, a technician with the Mohawk Council of Kahnawake, has been giving information sessions to people in the community about the Federal Indian Day School Class Action.

Diabo said he’s spoken with elders who said they enjoyed their time at day school, others who experienced abuse, and “everything in between.”

But he’s encountered a lack of awareness about the settlement and the history of day schools, even though most people in the community attended one, he said. 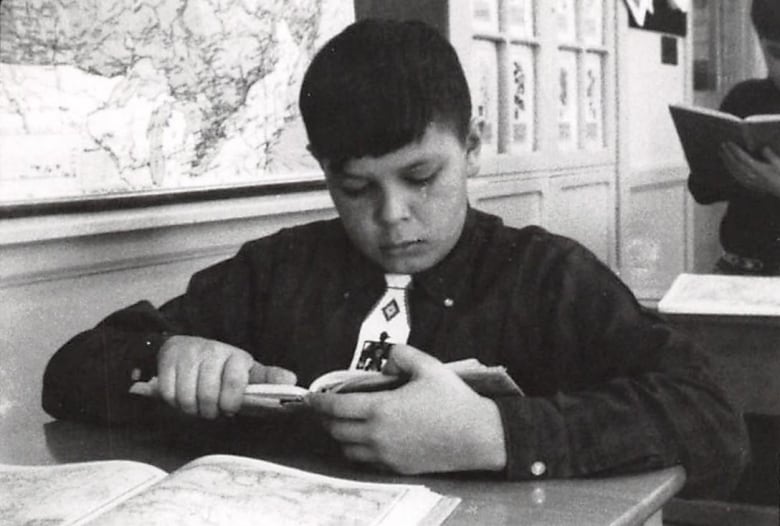 A student at one of the day schools run by the Roman Catholic Church in Kahnawake, Que., circa 1966. (Kateri Center)

“It’s quite a long period of time to be trying to assimilate or ‘take the Indian out of the child,'” said Diabo, quoting Sir John A. Macdonald.

“They certainly made a concerted effort to decide what the education was going to be, and how the individuals who went to school were treated. I mean, they consistently did this for 120 years.”

Diabo attended Kateri from 1959 to 1966, and described the “persistent” abuse he and others suffered at the hands of teachers.

“You were always hit with something: straps, pieces of wood, rulers, yardsticks, chalk thrown at you, erasers thrown at you, you were pushed around,” said Diabo.

“Everyone I’ve talked to has told me similar things.”

In addition to beatings, he said some students were sexually abused.

The fact that Indian day schools operated for 120 years in the community, and as recently as 1988, is not widely known, said academic Shiann Wahéhshon Whitebean.

And some were operating not long ago: two Indian day schools were taken over from the federal government by the Kahnawake Mohawk Territory as recently as 1988.

“That’s the year I started school,” Whitebean said. “That’s a lot of generations of people who went to day school.”

Whitebean wrote her master’s thesis on “child-targeted assimilation” through day school education. She uses the term to describe the overarching colonial pattern of targeting Indigenous children as subjects of assimilation through residential schools, day schools, and the Sixties Scoop. 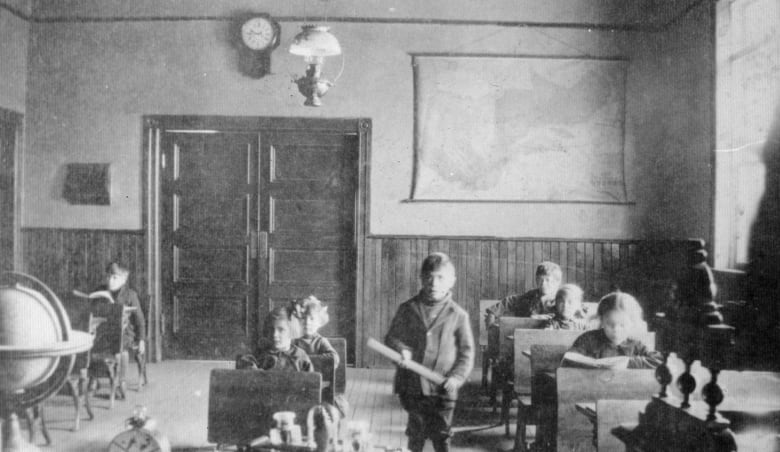 Federal Indian day schools like this one operated in Kahnawake, Que., between 1868 and 1988. (KORLCC)

Day schools, she felt, weren’t discussed enough in her community, nor during her time at university.

“I thought that was kind of sad, that we don’t know much about those experiences,” said Whitebean.

Eleven of the 65 Indian day schools in Quebec were located in Kahnawake.

The first was opened by the Methodist church in the early 19th century. Around the same time, Roman Catholic groups established separate day schools for girls and boys close to the St. Francis Xavier Mission. Two Catholic schoolhouses were also opened in the rural parts of the community, as well as a third school in the village for older grades.

Gerald Reid, a professor of anthropology and sociology at Sacred Heart University in Connecticut, researched day schools operating in the early 1920s for his 2004 book Kahnawake: Factions, Tradition, and Nationalism in a Mohawk Community.

He said that, during the early part of the 20th century, Mohawk teachers were hired to teach at the Catholic schools.

“[In] the records I looked at, one of the reasons they were so successful was that they were teaching in the [Mohawk] language,” he said.

In 1914, the Department of Indian Affairs dismissed the Mohawk teachers and brought in the Sisters of Saint Anne to teach at the Catholic village schools.

“This coincided with a new deputy superintendent of Indian Affairs who was much more aggressive [in] using the school system for a policy of assimilation,” he said. 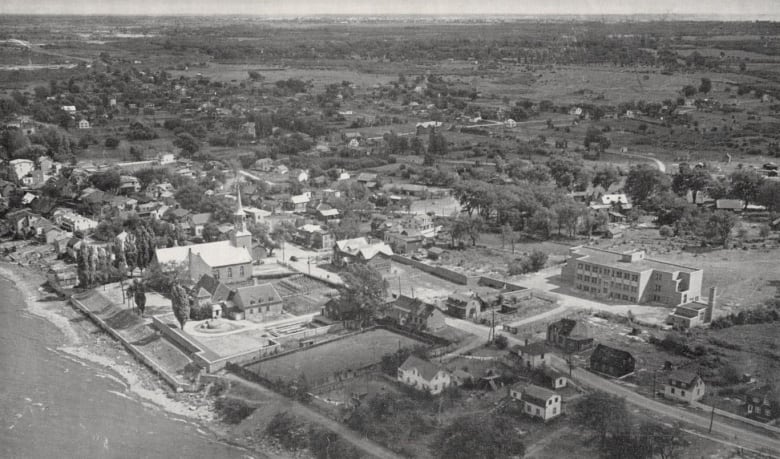 For his research, Reid interviewed some of the nuns who had taught in Kahnawake and were living in Massachusetts.

“The women I spoke to recognized that when they first started teaching there, they were very inexperienced and were very young, but I think they understood that their purpose was [to] ‘civilize the Indians’ as a part of the program of assimilation,” said Reid.

“That’s what they were hired to do.”

Transition from federal to community schools

Archival records of staffing and administration of the schools were largely absent the voices of Mohawks of Kahnawake, Whitebean found in the course of doing her research, but community opposition to the Sisters of Saint Anne was well-documented over the decades.

When they first came to Kahnawake, the Sisters “were on constant alert” due to “loud threats” and harassment from “malcontents,” as described in the 1994 book, The Sisters of Saint Anne: A century of history, volume II, 1900-1950, by Louise Roy, herself one of the Saint Anne nuns. Sometimes, members of the band council had to intervene to diffuse tensions. 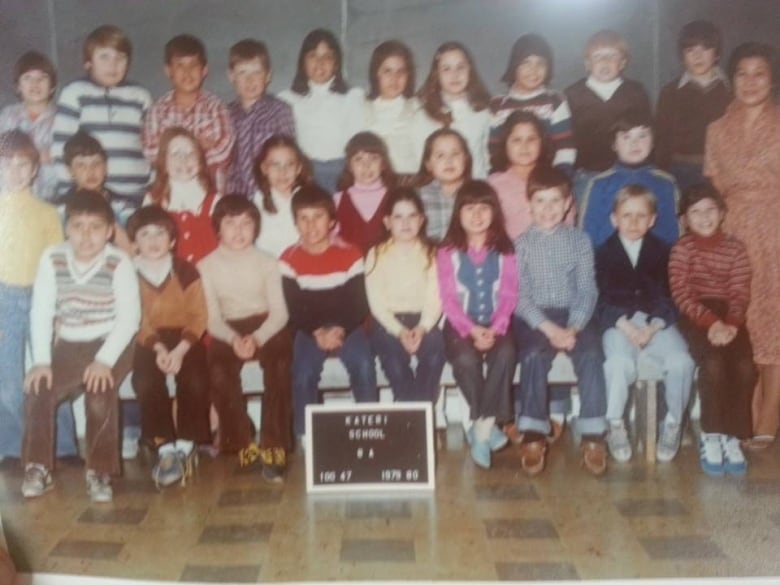 Correspondence in the Sisters of Saint Anne archive from 1917 showed that Indian Affairs deputy superintendent Duncan Campbell Scott was aware of opposition to the schools, and even vetoed the nuns’ decision to replace the principal of their school, saying it wasn’t prudent to do so “before the system has been firmly established.”

Later, in June 1947, a Kahnawake man spoke on behalf of the band council and hereditary chiefs at a Special Joint Committee of the Senate and the House of Commons Appointed to Examine and Consider the Indian Act.

Regarding opposition to a new building for Kateri School, he said: “The operation of Indian day or residential schools is not approved by this band, if it will be operated by any religious denomination.

“We do not approve the nuns or Sisters of Saint Anne’s to teach our children, as they do not teach our children enough. The only thing they learn is praying and singing and marching to church during school hours.” 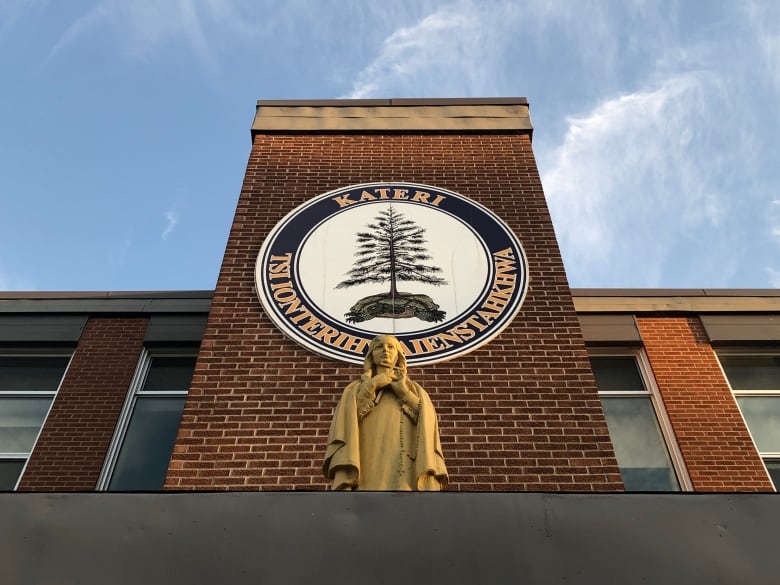 Despite community opposition, the day schools continued to operate for decades. The Roman Catholic Church still had a presence in Kahnawake schools until 1988, but by the time former Kateri School principal Arlene Goodleaf started teaching in 1978, the number of nuns teaching had dwindled to three.

“When I went to school, there was no language and culture at all,” she said.

Gradually, things changed. In 1970, 15 minutes a day of Mohawk language instruction was introduced to all elementary classrooms. In 1972 and 1985, teacher-training programs were offered to teach the Mohawk language both at Kateri and at a pilot immersion program at another day school.

Robin Delaronde, executive director at the Kahnawake Education Centre, said parents have driven this and other changes.

“Having our voice in … how our education system should be delivered is vital, because that’s core to our identity,” said Delaronde.

“Everything that we’ve gone through with residential schools, and Indian day schools, it’s so important, now that we are on the road to undoing someone else’s vision, and putting in our vision of what we want for our children, for our community, for our people.”

In 2013, the Education Centre began developing Tsi Niionkwarihò:ten, a curriculum rooted in Mohawk traditions, values, and culture for their schools.

“This was a dream that many people had prior to 2013, but we didn’t always have enough funding and resources to support it,” said Delaronde.

“I can see how it’s come full circle, but it’s so unfortunate it took so long.”

While students in Kahnawake now have a chance to thrive in a culturally enriched environment, the students of yesteryear will have to decide if they will make a claim in the settlement of the nationwide class-action lawsuit. 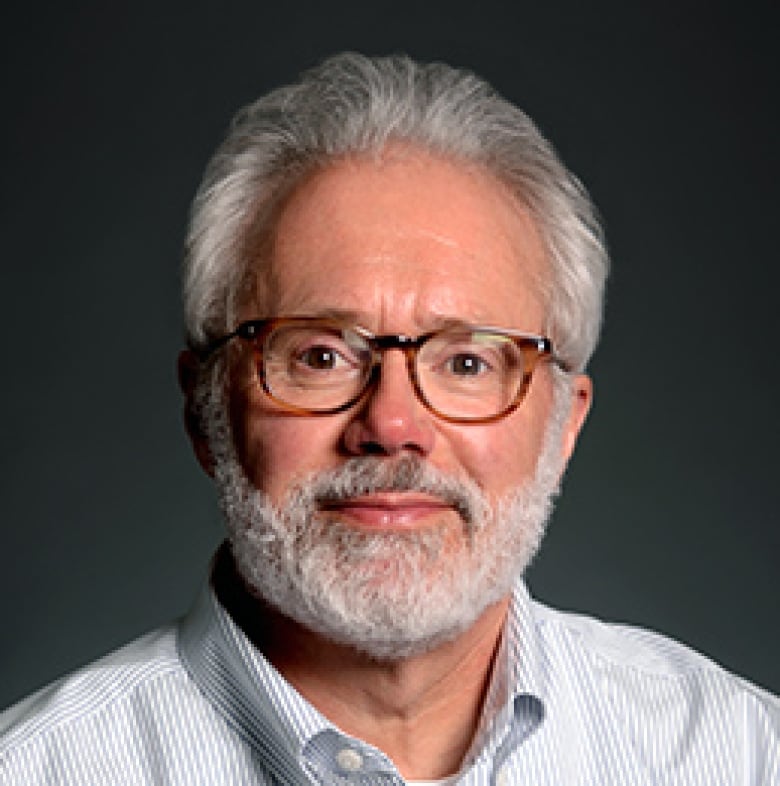 If the settlement is approved, compensation would range from $10,000 for harms associated with attending a day school to up to $200,000 for repeated sexual abuse and/or physical assault leading to long-term injury. It also includes a $200-million legacy fund to support commemoration projects, health and wellness programs, as well as language and culture initiatives for Indigenous communities.

For Kenneth Deer, the settlement means recognition of harm caused by day schooling, but said compensation will never “make up for the damage.”

“It won’t give me my language back,” said Deer.