If you think Steve Carell has gotten hotter than age, you’re not alone.

“Have you guys noticed that he’s gotten more studly?” Leslie Mann, his co-star in the new dramedy Welcome to Marwen, asked E! News’ Erin Lim at the film’s premiere. “And you can’t quite put your finger on it. Like, is it his hair? Or is something different with his face? I think it’s because he’s such a good person on the inside that it’s like, coming out on his face…I have told him that. He gets really uncomfortable.”

Carell, 56, did in fact act uncomfortable when told about his studliness.

“My wife, I’m just trying to keep up with her,” he told Lim.

“She looks, I mean, she’s a babe,” he continued. “So what are you gonna do, I gotta try to keep pace a little bit.”

Carell and his wife Nancy Carell, an SNL alum, attended the premiere together. 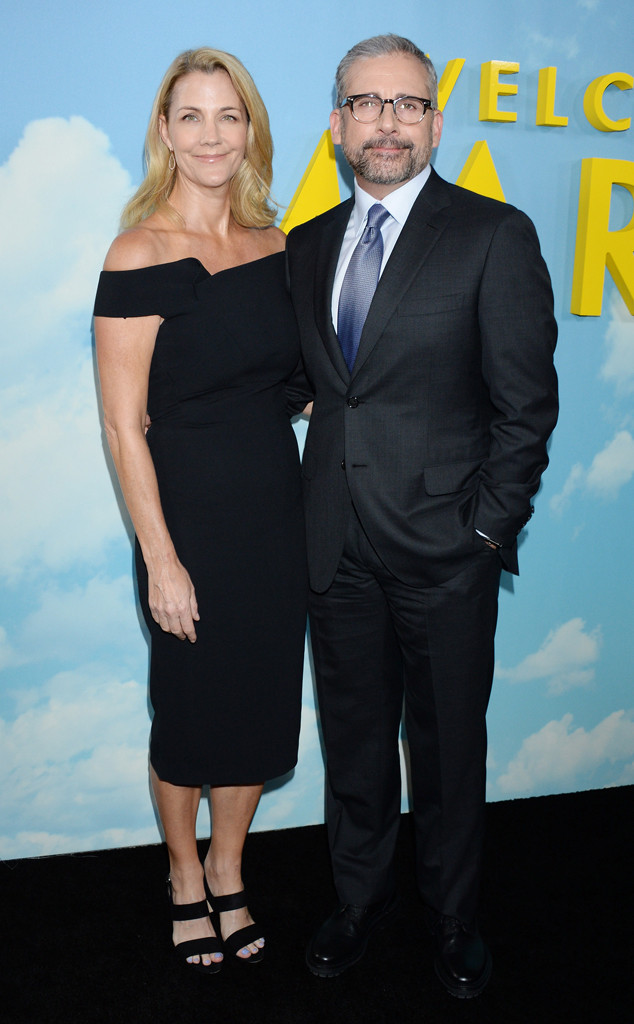 The two have been married for more than 23 years and share a son and daughter.

“I remember when, our wedding day, and I was standing at the altar and it was like literally 105 degrees on a summer day, humid, back east,” Carell recalled to E! News in a separate interview. “And I was sweating bullets and I turned and I saw her coming down the aisle and I’ll never forget it—I stopped sweating, I was overcome by this sense of calm because seeing her and knowing that we were about to get married, I had an incredible sense of empowerment. I thought, ‘That person has my back and I have hers and I will be so much stronger as a team.'”

Welcome to Marwen is set for release on December 21.