Cody Wilson, the Texas gunsmith on a crusade to spread blueprints for 3D-printed firearms, insists there’s “nothing nefarious” about what he’s doing, despite orders from U.S. courts telling him to stop.

The self-declared anarchist’s tech company, Defense Distributed, resumed disseminating instructions this week for making untraceable plastic guns that can be created using a home computer and a 3D printer. The plans include a guide for building the AR-15 semi-automatic rifle, which is banned in seven U.S. states and Washington, D.C.

‘I can’t put them up for free’

Last month, a federal judge blocked a decision from the administration of U.S. President Donald Trump to allow Wilson to re-post the schematics online, where they were previously offered around the world for free download.

A photo taken in 2013 shows Cody Wilson holding what he calls a ‘Liberator’ pistol that was completely made on a 3D printer at his home in Austin, Texas. The U.S. State Department recently reached a settlement with Wilson’s organization, Defense Distributed, clearing the way for him to publish online instructions on Aug. 1 for building plastic guns that can be printed at home. (Austin American Statesman, Jay Janner/Associated Press)

“I can’t put them up for free. That’s the judge’s order,” Wilson said Wednesday.

But the 30-year-old libertarian reinterpreted the preliminary injunction, contending that it left open the possibility for email, mail and secure transmission of the data “within the United States.”

So Wilson has a new model: Pay what you want.

Wilson has set a “suggested price” of $10 for a mailed thumb drive with instructions on how to print a gun. Of the roughly 1,200 orders so far, he said, many customers have modified the checkout price to $17.77, an apparent reference to the adoption of the Stars and Stripes flag in 1777. Other clients paid nothing but shipping, he said. 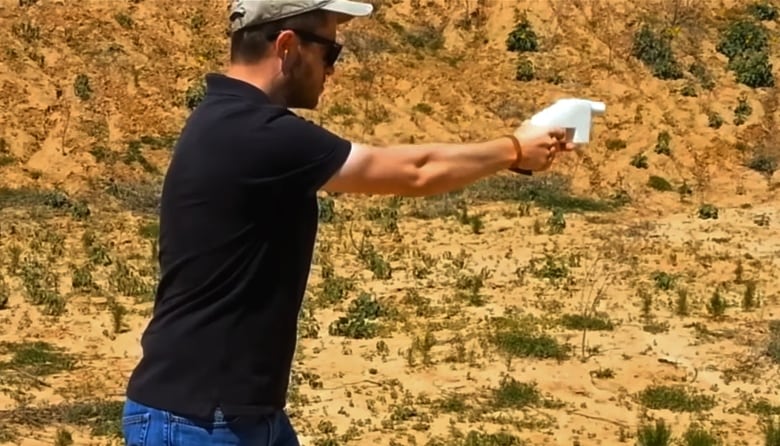 At a press conference Tuesday, Wilson rationalized his renewed effort to sell 3D-printed gun blueprints using the language of the digital-music economy: “I’m happy to become the iTunes of 3D guns if I can’t be Napster,” he declared.

Wilson maintains that he’s still in compliance with the July court order. He believes that “any American has the right to download the prints.”

That may be true for any American. But he won’t be able to distribute to Canada or anywhere internationally — even though Wilson says Defense Distributed, which also peddles 3D printers for making guns, has received “a lot” of inquiries from Canada.

Gun-control activists have noted logistical holes in the argument that Wilson’s blueprints aren’t truly being transmitted globally, a violation of U.S. international export laws on weapons. 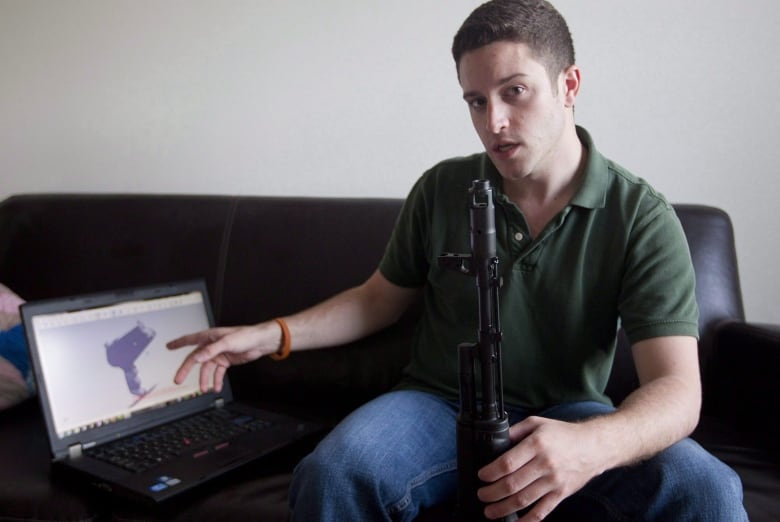 Cody Wilson points to his laptop screen, displaying an image of a prototype plastic gun, in this 2012 file photo. Some politicians and gun-control advocates worry about the emergence of 3D printers that can easily manufacture guns without any kind of licensing control. (Associated Press)

“If somebody’s got the plans, can’t I just give it to somebody else?” pointed out Dan Linskey, former superintendent-in-chief of the Boston Police Department.

Linskey, who works with the global security risk management firm Kroll, wonders what would stop anybody from buying the blueprints on a flash drive and driving them over the border to spread further.

Wilson said American gun owners can make their own decisions on what do do with the plans. Besides, he said, building a gun like his single-shot Liberator pistol, made from ABS plastic, takes hours and is costly. His computer-controlled Ghost Gunner mill machine costs $1,200, and he doubts most criminals would go through the trouble of 3D-printing an untraceable weapon.

Linskey disagrees. “If you’re investing the time and resources in a gun that is untraceable, it’s because you’re not supposed to have that gun to begin with,” the former Boston cop said. 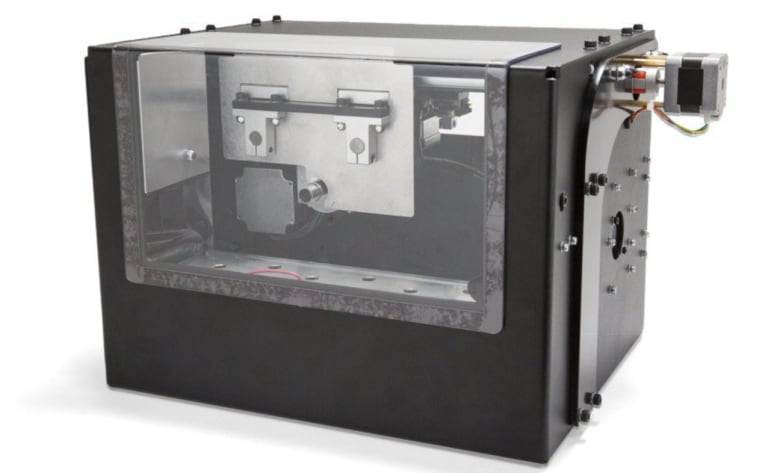 Linskey believes the ability to print guns at home, without background checks, presents a grave concern if someone is mentally ill or a convicted felon prohibited from having a gun. He worries the weapons can evade walk-through metal detectors. They also bear no serial numbers, giving them the potential to thwart crime-solving techniques.

‘It could get serious’

Although the Liberator’s blueprints include instructions for inserting a steel chunk large enough to be flagged by metal detectors in order to comply with the U.S. National Firearms Act, Wilson concedes “there’s no way for me to require you to build it that way.”

As far as he’s concerned, “any gun that you make under your own power, it’s up to you whether you want to make a serial number or not.”

Wilson is aware of the proposal before Canada’s government to review a full ban on handguns and assault weapons in Canada, following a mass shooting in Toronto’s Greektown in July.

“Sorry that Toronto is a mess. That has nothing to do with me,” he said. “And I won’t apologize for helping people here do legally protected stuff because you can’t control your sh-t over there.”

So far, Wilson said he has spent well over half a million dollars in legal fees, drawing on funds from sales at Defense Distributed. He may face more legal challenges if officials feel he’s violating a court order or in contempt of an injunction.

“It could get serious,” Linskey warned. “He’d better have good legal counsel.”