From politically incorrect to plain old lewd, some vanity plates are just too rude for the road.

Every year, the Alberta government gets thousands of applications for personalized licence plates. And every year, some are rejected.

CBC News has obtained a list of all the denied plates between May of 2017 and August of 2018 and it’s clear some Albertans have a strange sense of vanity.

Service Alberta agents divide the rejected plates into seven main categories based on their offensive content. 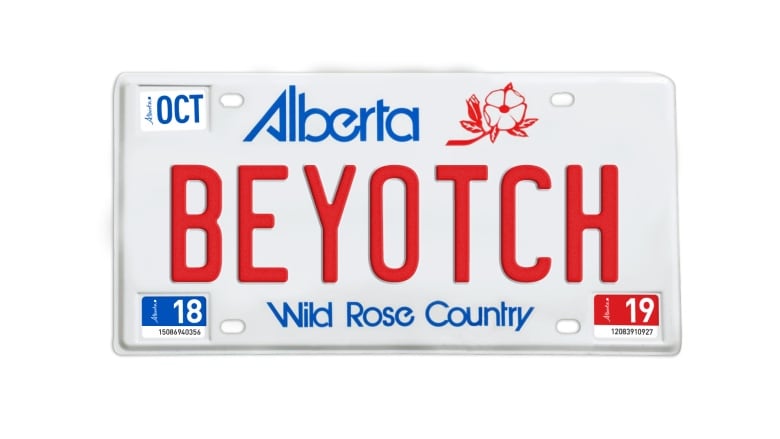 There are categories for racial and religious remarks, foul language, political and social sensitivities, as well as phrases deemed inappropriate and others that reference alcohol and illegal activities.

The vulgarities and off-colour statements in the list are wide ranging, with a mix of political rhetoric, sexual innuendo and dirty words such as WTF LOL, BEY0TCH and MUHFUGG.

In the section dedicated to sexual phrases — by far the largest category — one can find submissions like GR84PLA and PINAS.

In the illegal category, drugs, alcohol and guns all make an appearance with CARRY22, SATIVA, INDICA, KRAK, SN0RTER and LSDINGO.

‘The first line of defence’

Witty wordplay is fine but you can’t put just anything on a personalized plate, said Brian Salter, a business support specialist with registry services at the Alberta Motor Association.

Alberta Transportation has strict rules to ensure plates comply with technical and moral standards, Salter said. Government agents reserve the right to reject personalized plates for any reason, but certain things are guaranteed to be denied.

Professional titles such as MLA or MD are also forbidden, even if you really are a politician or a doctor. 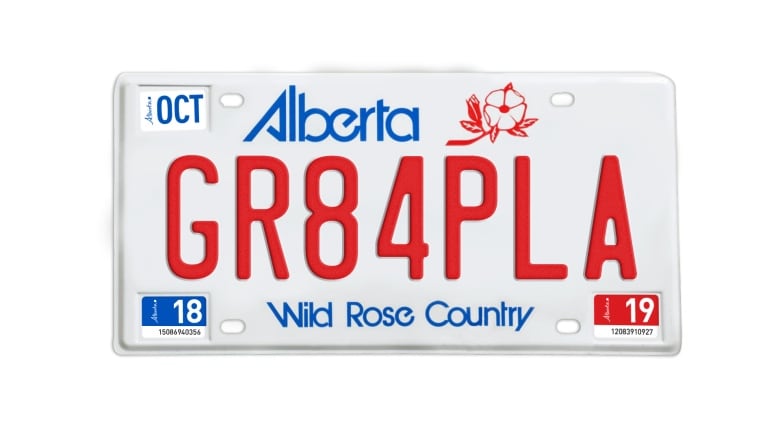 Salter implored drivers to be reasonable with their applications and to treat registry agents with kindness.

“Registry agents are the first line of defence,” Salter said in an interview with CBC Radio’s Edmonton AM.

“Our responsibility is to screen anything that comes in for a request, but every personalized plate request is reviewed by a motor vehicle specialist at Service Alberta.”

It can be tough to spot the offending words and Alberta drivers often go to great lengths to disguise questionable submissions, Salter said.

“There’s a million different combinations and it’s tough to catch some of them because people can be very clever.

“They’re using 6s instead of Gs, or flipping the words backwards or upside down… to try to get around the monitors, so they’ll be pretty clever with what they will try.”

Since Alberta introduced personalized plates in 1985, more than 80,000 have been issued. It will cost you $185 in government charges plus $9 in registration fees to get one.

Troy Grabher knows all about the bureaucracy around personalized plates.

He’s proud to drive around with GRABHER on his bumper but his family name has been at the centre of a court battle over what should be considered roadworthy.

His father Lorne, who lives in Nova Scotia, has been trying to reinstate his personalized GRABHER  licence plate in that province since it was revoked in 2016 after a complaint that it was a “socially unacceptable slogan.”

Lorne Grabher first purchased his vanity plate as a gift for his own father around 1990. It then became an expression of family pride in their Austrian-German heritage. His case will resume in early September. 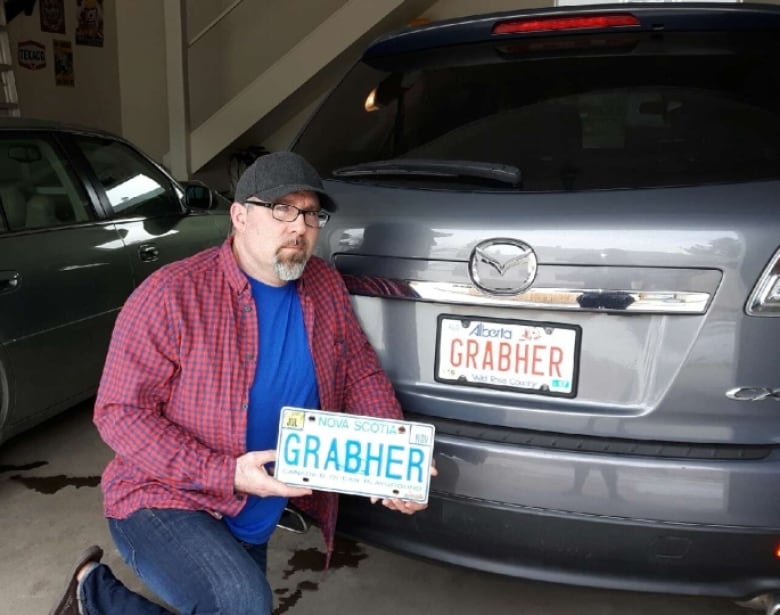 The ongoing court skirmish has made headlines around the world and has even made Lorne the target of hate mail.

The “ridiculous” ruling has created an exhausting ordeal for the family, said Troy Grabher.

“It was all over the news and we were just flabbergasted like, how could this even happen? I think it’s pathetic that’s it come to this,” he said.

“I just don’t see how they can take someone’s last name away from them.”

Troy used the family plate for years before he moved out west. When he arrived in Alberta four years ago, he went to the registry in Fort McMurray and applied for an identical one.

His application was approved but he worries that someone will file a complaint and it will be revoked.

No one has ever confronted him about the plate, but since the controversy, it garners an annoying amount of attention on the road, he said.

“I’m always worried about it. I mean, I have a sticker on the back of my car saying that it’s my last name so people are aware of it,” he said.

“The only problem with my plate is the amount of people that take photos of it. I’ll be at a stop light and people will be like, ‘Oh, you’re that guy in the news! That’s your father.’

“I’ve never had anybody come up to me and say, ‘That’s very vulgar, how did you get away with that?’ People think it’s funny.” 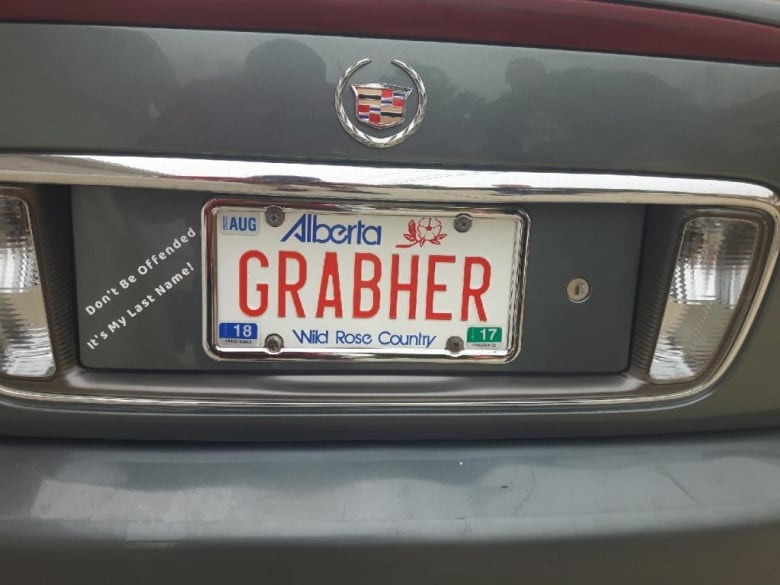 Troy Grabher says he is proud to drive around with his family name emblazoned his car but he’s added an explanation for the plate to avoid any unwanted attention. (Troy Grabher)