Some of those children are as young as three months old and attend the Rising Sun Childcare Centre, the only Indigenous daycare in Montreal.

“It’s really rewarding, but at the same time really sad, when we see our babies graduating when they turn five and they go on to big kids’ school.” 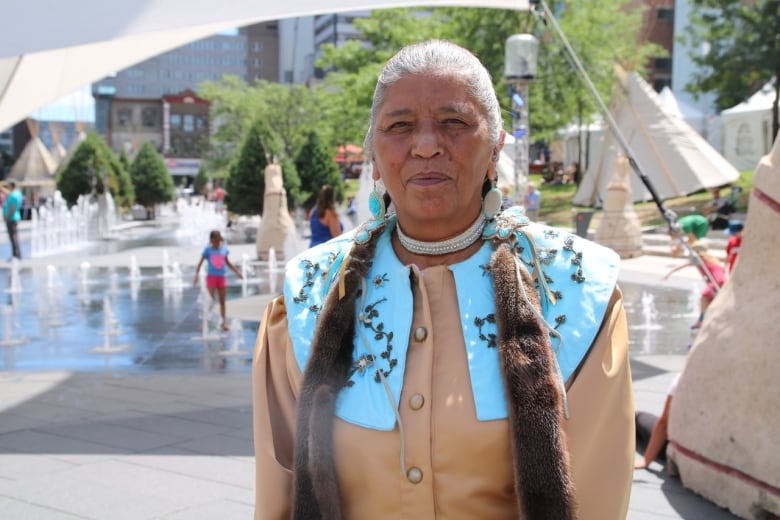 Sweat lodge keeper Sedalia Kawennotas Fazio has been invited to teach songs and dances to the preschool children at Rising Sun Childcare Centre in Montreal for the past eight years. (Jessica Deer/CBC)

That will be the case in September for many of the children who took over the main stage at Montreal’s First Peoples Festival last week. The group performed the stomp and alligator dances, and belted out songs in Kanien’kehá:ka​ about mosquitos, honour, and kana’tarokhónwe: a traditional cornbread dish that is a Sunday morning staple on many kitchen tables in Kahnawake, near Montreal

“My Grandmother taught me those songs when I was little,” said Fazio. “No one sings them anymore.”

The group performed the stomp and alligator dances, and belted out songs in Kanien’kehá:ka about mosquitos, honour, and kana’tarokhónwe: a traditional cornbread dish that is a Sunday morning staple on many kitchen tables in Kahnawake, near Montreal. 2:17

Rising Sun opened its doors in 2009 in the borough of Verdun with the goal of providing quality educational and cultural programming to First Nations, Inuit, and Métis children between the ages of three months and five years.

“For us it’s very important because people don’t realize what a huge Indigenous community we have in Montreal and the kids have no access to any kind of traditional teaching or singing or drumming,” said Fazio.

She said for many urban Indigenous families, exposure to traditional teachings and practices is limited, especially if parents don’t have the time to bring their children to places such as the Native Friendship Centre or Native Montreal.

“Registering them in the Aboriginal daycare, they’re in contact with it five days a week,” said Fazio. 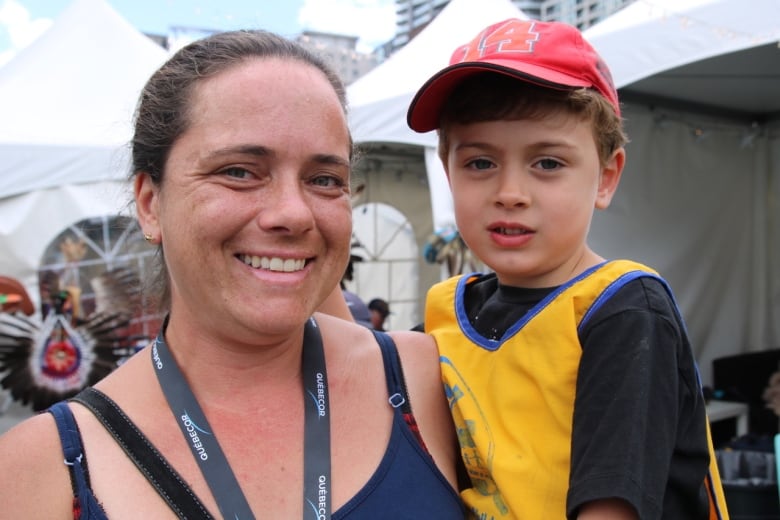 Attending an Indigenous childcare centre has had a positive impact on Kimberly Flowers and her four-year-old son Manuel. (Jessica Deer/CBC)

Kimberly Flowers, a Mi’kmaw ​parent on the daycare’s board of directors, said the programming has had a positive impact on her four-year-old son Manuel.

“It opens his mind to different cultures, to different people. So, it’s had a very positive impact on him and it also helps him to know where he comes from, to respect the environment and to respect other cultures,” she said.

Like all designated centres de la petite enfance (CPE), Rising Sun is provincially subsidized and charges  $7.75 a day for child care. About 60 per cent of its clients identify as Indigenous. 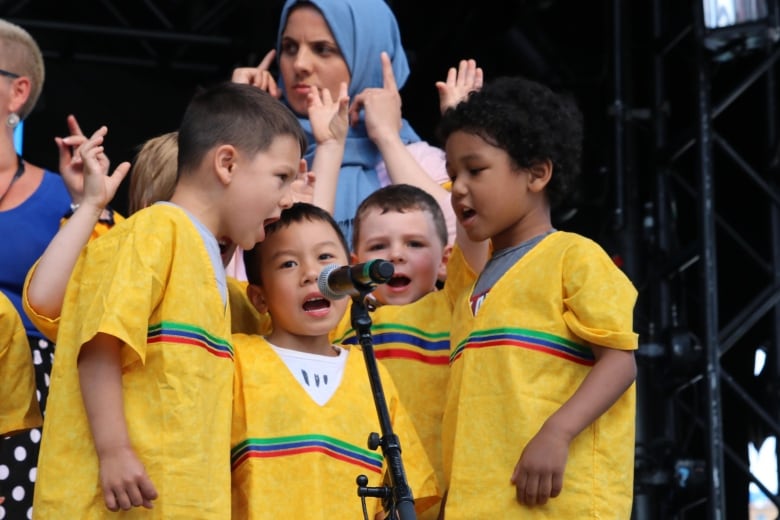 Around 60 percent of the children attending Rising Sun are Indigenous. (Jessica Deer/CBC)

“We are a community of First Nations, Inuit, Métis children and also many other non-Indigenous cultures from around the world,” said Alana-Dawn Phillips is the executive director.

“We certainly have a bridge with other cultures and other people, but at the same time you know we offer everyone the opportunity to learn about the Indigenous cultures of Canada.”

According to Fazio, many of the non-Indigenous children come from families of immigrants.

“I think it’s a really good thing,” she said. “The children learn at a very young age what the Indigenous people are because when the immigrants arrive on our lands, they are not taught, they know nothing about Indigenous people.”

The centre has been beneficial to Jesse Stong, a non-Indigenous parent with two foster children.

“We get to engage in the culture and get to know more and more about the world that we’re living in and the world that they’re going to grow up in,” he said.

“I think it’s just important if you’re going to be a part of that culture, you have to step into it. You can’t just watch from afar or deny that to them.”