Achneepineskum, who held the missing and murdered Indigenous women and girls portfolio as deputy grand chief with the organization, said she wanted to deal with some of the root causes of youth suicide and began speaking out about the need to confront sexual abuse in communities.

“There was a group of women that came forward, all with similar stories about being sexually harassed and intimidated by an individual who at one time was one of our grand chiefs,” said Achneepineskum, in an interview with CBC News.

Achneepineskum said this was not about targeting one individual, but about continuing the change started by the #MeToo movement.

“We have been trying to deal with this issue for many, many years and we never received the support,” she said. “It’s time for our communities, our people to step up and to make the change that is so necessary for our children.”

Beardy was a NAN grand chief for 12 years and left the post in 2015. He is currently chief of Muskrat Dam First Nation which sits about 600 km north of Thunder Bay.

Achneepineskum said a lawyer was hired to gather the statements from the complainants.

“My mandate is all I wanted to fulfil,” she said.

Prominent Indigenous lawyer Donald Worme was tapped to handle the investigation, which is still ongoing.

A NAN spokesperson referred queries to Worme who said he could not comment on the issue at this time.

Achneepineskum said seven allegations from seven individuals against Beardy were initially received during the investigation. The allegations date back to 2009 and involved sexual comments, touching and intimidation, she said.

At least one of the individuals decided not to continue with the investigation, she said.

Achneepineskum said she reached out to Beardy about the situation through letters.

“I wrote him a total of three letters requesting a meeting so we can sit down and start dealing with this in a good way, a respectful way,” said Achneepineskum. 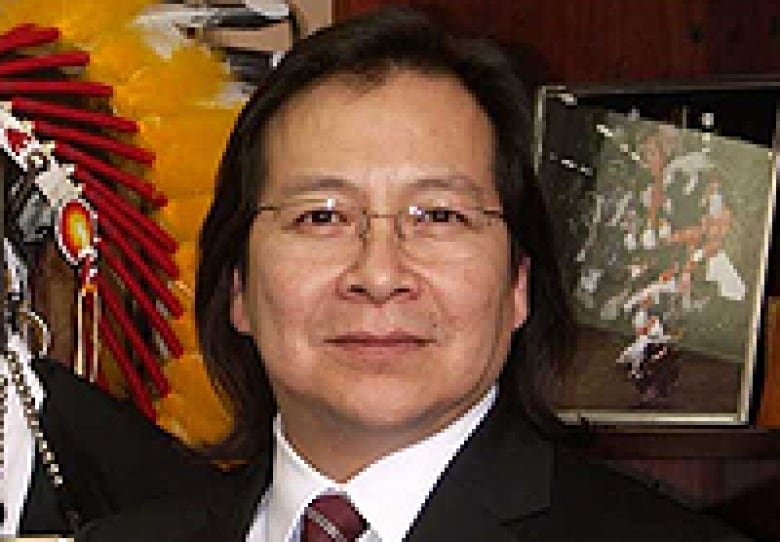 Beardy did not respond to the letters, she said.

CBC News contacted Beardy by telephone about the allegations.

“It’s all resolved, I am pretty sure,” he said, before hanging up.

Beardy then phoned again to say that he “didn’t know anything about it.”

Beardy also said he didn’t receive any letters about the issue.

Two days before the organization’s member chiefs were to vote on a new slate of leaders in mid-August, Achneepineskum received a signed letter from Beardy threatening to sue NAN.

Achneepineskum was seeking re-election as deputy grand chief and the letter was circulated during the assembly held in Chapleau Cree First Nation, Ont., from Aug. 14 to 16.

Achneepineskum failed to get enough votes to retain her position on Aug. 15.

Beardy’s Aug. 13 letter said NAN’s executive held an in-camera meeting in Timmins, Ont., in May 2018 to discuss an issue about him.

The letter also alleged that the “NAN executive” was “pressuring” the Nishnawbe-Aski Police Service to “conduct an investigation although there has been no formal complaint made against me by anyone.”

Beardy wrote he planned to “pursue my legal remedies” if the NAN executive did not retract “such statements” and provide him with a written apology within 48 hours, according to the letter.

“These untrue, malicious and slanderous statements can damage my professional reputation,” wrote Beardy.

When asked about the letter, Beardy repeated he didn’t know anything.

“Nobody has talked to me about it; I don’t know anything about it,” he said.

On Aug. 17, Beardy wrote a letter to NAN Grand Chief Alvin Fiddler, who was re-elected, withdrawing his legal threat and pledging to work with the newly-elected executive.

Achneepineskum said the goal of the information gathering investigation was not to file complaints with the police, but rather to deal with it in a process that promoted healing.

“We weren’t looking to send anyone off to jail because we all know the jail system is not our system,” she said.

“We wanted to build accountability; we wanted this person to admit he had committed wrong and to say he wouldn’t do it again and apologize to the individuals.”

Achneepineskum said reports and inquests done over the past three decades into the suicide crisis that has gripped northern First Nations have revealed sexual violence as one root cause.

“These are the voices of the people who had lost loved ones, who are also thinking about suicide. They are telling people this is the reason they are thinking of ending their life,” she said.

Achneepineskum said it’s time for communities to face the issue.

“Historically, we have been dealing with sexual abuse, whether through the residential school system, child welfare, Sixties Scoop, we need to start working on this,” she said. “We need to start addressing this; we need to start the community healing process.”