On Aug. 11, Harold ‘Happy’ Alfano spent the day with his friend Catlin Hannah, poring over maps and making plans for Hannah’s scrambling route the next day, when he would finally conquer Mount Smuts — one of the more challenging scrambling routes in Kananaskis.

That was the last time Alfano ever saw his climbing partner.

Alfano was supposed to join Hannah on Sunday, but had to head out of province to B.C., so Hannah went out alone.

“He never checked in on Sunday night when he was supposed to return,” Alfano said.

On Monday, Kananaskis Emergency Services sent out a search team. They found the 27-year-old male dead at the base of a 300-metre-high cliff, surrounded by his gear.

Alfano said he was told by first responders it appeared as if his friend had stepped on some loose rocks and that’s how he fell.

“He’s one of the guys who knew the risks and studied and trained daily for it. It’s really hard,” he said.

Hannah worked as a steelworker in the small Alberta town of Penhold, where he lived across the street from his grandparents and spent nearly every moment with his two-year-old son Tristan and the rest of his family.

“Anytime we went up into the mountains he was talking about his family or his son. His whole life was his son. I don’t think I’ve ever met a guy who was using his time as wisely as he did in this world,” Alfano said.

Hannah and Alfano had climbed dozens of mountains together, and the pair would talk nearly every day about what scramble they planned to tackle next. 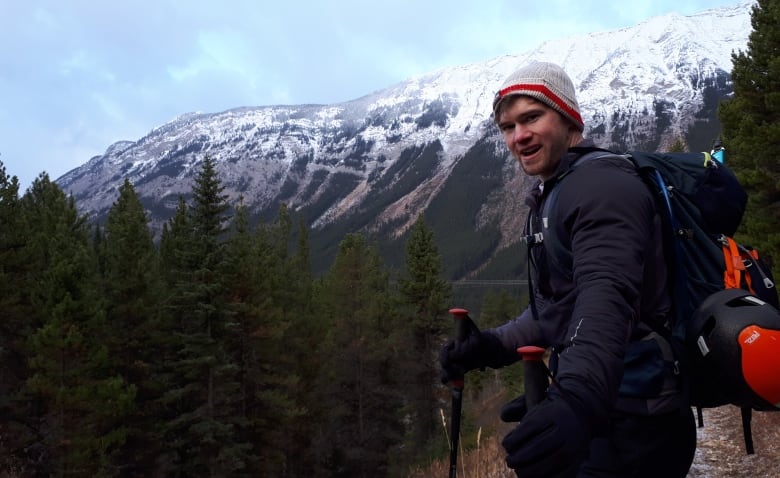 Catlin Hannah was an experienced scrambler, who had summited some of Alberta’s trickiest peaks. (Happy Alfano)

“He wasn‘t the kind of guy who would just jump into anything. He would prepare and study and turn around and call off trips if things didn‘t look exactly just right,” he said.

Alfano said his friend’s death serves as a caution that scrambling — an activity that falls between hiking and rock climbing, where mountaineers have to use hands and feet to move up steep slopes — is an extremely dangerous activity.

“The biggest point is just so many people out there who are wanting to go scrambling after summits are not realizing the risks.

“A simple outing … can easily turn into a nightmare if you’re not prepared.”

On Saturday, another hiker died while scrambling in the Rockies.

RCMP said the 30-year-old woman was descending a short scramble section on the East End of Rundle Mountain, near Canmore, when she slipped and fell.

East End of Rundle is a medium to easy scramble, with some exposed ridges and tricky areas near the summit — whereas Mount Smuts is described as difficult, with climbers relying more on their hands than feet for much of the ascent.

It really increases the danger levels and many hikers out there don’t exactly realize this.– Harold ‘Happy’ Alfano, hiker

Alfano said he’s concerned that some people may believe scrambling is a step up from hiking — an easy way for beginners to start working toward mountaineering, and maybe take a cool photo for social media, to boot. 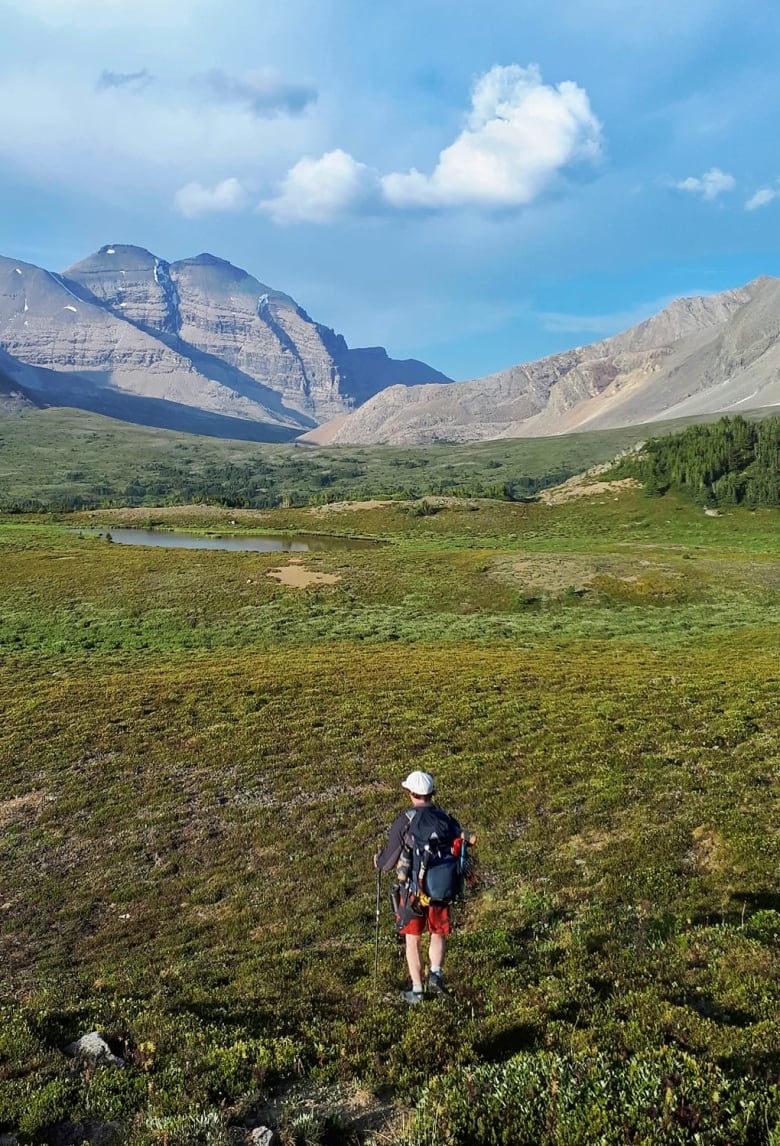 Happy Alfano took this photo of Catlin Hannah on the pair’s last hike together, one week before Hannah’s death. (Happy Alfano)

“It really increases the danger levels and many hikers out there don’t exactly realize this, they’re used to trails or solid parts of the mountain that are very well travelled … It shouldn’t be a step up from hiking, it should be a step back down from mountaineering.”

He said while he knows his friend was prepared, he wants people to understand that there’s always a level of risk.

“You can be a veteran in the mountains and you can still have an accident like this and die, or you could be someone who it’s your very first scramble,” he said.

A memorial for Hannah was held on Saturday and his family is asking for donations in his memory to be made to Search and Rescue Alberta.