On Wednesday night, the Justice for Our Stolen Children camp at Wascana Park in Regina held its second powwow since the protest began in mid-February.

The camp is now going into its 176th day on the grounds near the Saskatchewan legislature. They are pushing for changes to the province’s justice and child welfare system, both of which have high numbers of Indigenous young people.

Gaylene Henry is an organizer of the Bring Our Children Home Traditional Powwow. (Penny Smoke/CBC)

“We are getting ready for what’s going to follow during the week, just getting that support from our community.”

On Thursday, the Justice for our Stolen Children protesters and the Government of Saskatchewan go before the Court of Queen’s Bench for a hearing. Both have filed court actions.

Wednesday night’s powwow began with a ceremonial feast that included a prayer and blessing from a local elder and led into a grand entry of nearly 100 dancers.

“The powwow is open to everyone, just like the camp,” said Henry.

“We appreciate all encouragement and support we have got so far.

Owen Okeeweehow, a Cree/Saulteaux knowledge keeper from Piapot First Nation, said the event was special for him as he believes in showing his grandson their Cree/Saulteaux traditions.

“I got him dancing powwow here now,” said Okeeweehow. 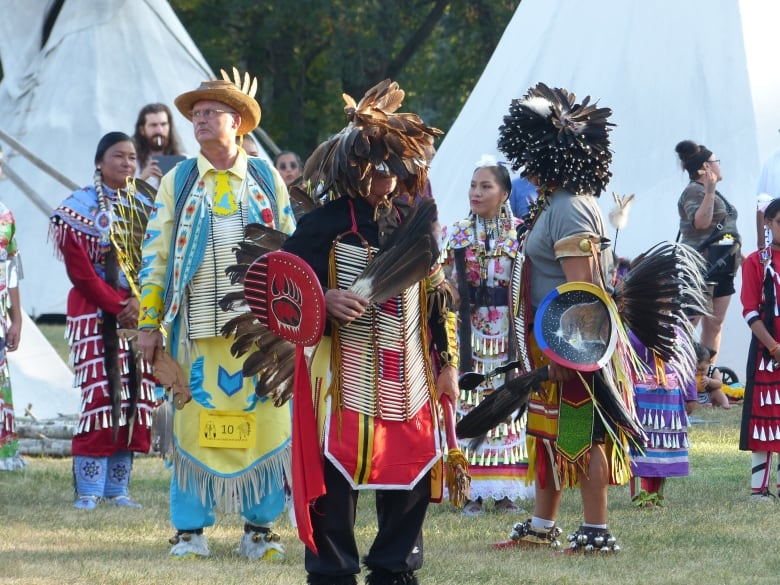 “I’m teaching them the way I was brought up, singing powwow and going to feasts. To me, gathering at the powwow, as my grandfather told me, it’s about singing and dancing, prayers and a gathering of our people.”

Janet Olafson from Gibson, B.C. was visiting friends when she heard about the powwow and said she knew she had to attend.

“I believe that they are standing up for our human rights. People definitely have the right to protest peacefully,” said Olafson.

The court hearing was scheduled for 10 a.m. CST in Regina. 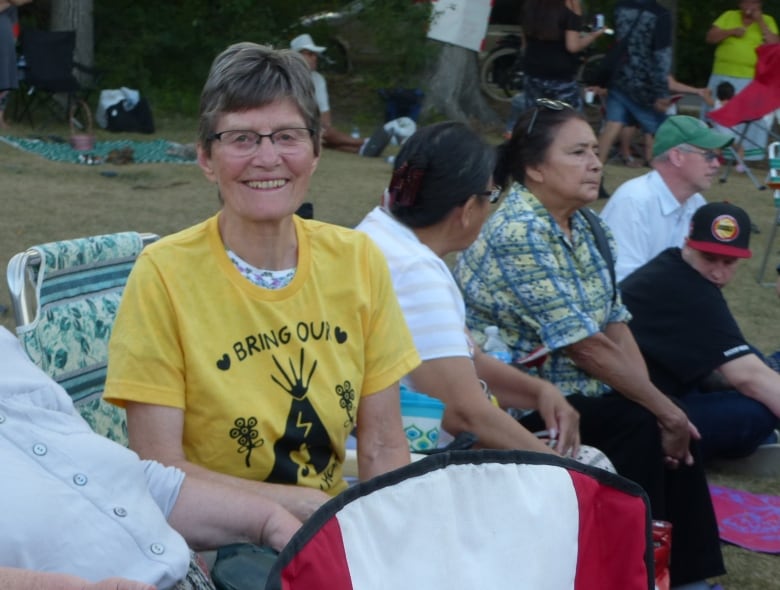 Janet Olafson from Gibson, B.C., came to support the camp when she heard about the powwow. (Penny Smoke/CBC)