Edmonton’s executive committee will discuss the fate of one of Canada’s last hangars from the Second World War on Monday.

Hangar 11, located just west of NAIT, is one of the last surviving structures of its kind. But the 80,000 square-foot building sits on the Blatchford re-development site, and might be torn down as a result.

Barbara Hilden, chair of the Edmonton Historical Board, said demolishing the building would be a mistake.

“Stories are intangible,” Hilden said. “And this is one of those rare examples of a physical thing we have that can help tell the story of Edmonton’s contributions in World War II.”

Hangar 11 was built in 1942 and served as part of the U.S’s Lend-Lease program, where North Americans supplied airplanes to Russian allies. Hilden said the planes were flown from Edmonton to Alaska before making their way to Russia.

Last year, the building was put on a list of the Top 10 Most Endangered Historic Places in Canada, compiled by the National Trust For Canada, a charity focused on preserving older buildings.

The hangar is now vacant and deteriorating, after years of not being used.

A city report says the roof needs to be replaced, while the interior has extensively water-damaged floors, walls and ceilings. The mechanical and electrical systems are also outdated. 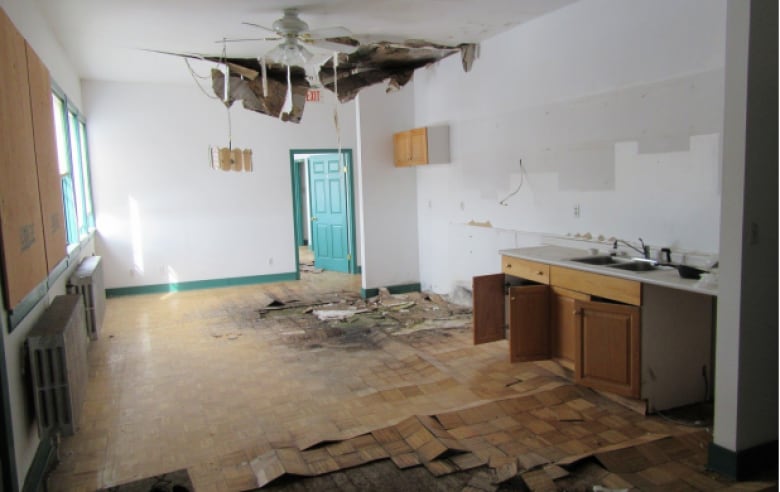 Demolition not the only option

The city is considering demolishing the building to make way for a carbon-neutral neighbourhood on Blatchford, the old City Centre Airport land. The city report notes the land the hangar sits on would be sold to NAIT, which is set to expand its campus, and is keen on acquiring land clear of buildings.

But there are two other options: restore and maintain the hangar or hold off on making a decision until the city conducts additional studies, identifying a way to potentially re-purpose the building.

The report says restoration would cost between $14 million and $20 million.

Hilden said a full restoration isn’t practical. She said the Edmonton Historical board has been advocating for the building to be protected from further deterioration while the community discusses the hangar’s significant past — and potential future. 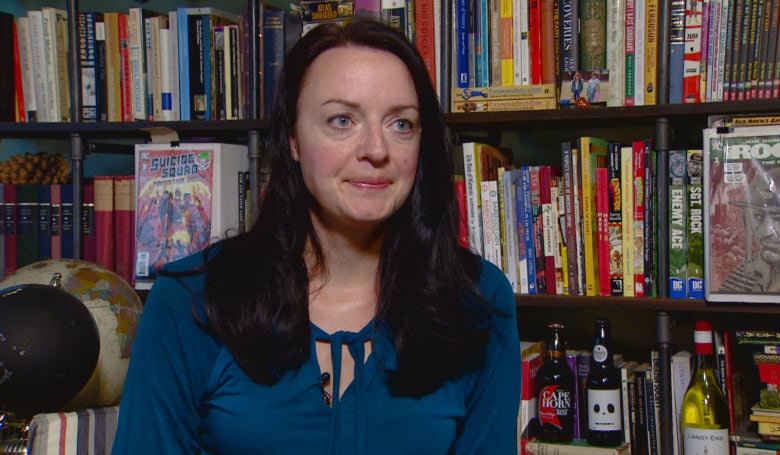 Barbara Hilden is the chair of the Edmonton Historical Board. (Nathan Gross/CBC)

“It could be integrated in a meaningful way into the Blatchford redevelopment to give a sense of community to this otherwise brand new development,” she said, noting the hangar could be converted into a library or community centre.

“It tells the longer, deeper history of what happened at that site — Edmonton’s contributions on a provincial, national and even international scale.”

‘We save buildings, but we have to be selective’

“It is believed to be one of the last remaining buildings of its kind in western Canada, possibly in the nation, and is one of the most significant historic structures in Edmonton,” the report reads.

But Mayor Don Iveson said that doesn’t mean the city is guaranteed to save it. He noted the hangar doesn’t fit with the street grid or utility plan for the Blatchford redevelopment, a project that has been in the works for almost a decade.

“So we’d have to drastically alter our development plans and we would have to invest considerable money. And quite frankly our resources are very tight right now,” Iveson said on Sunday. 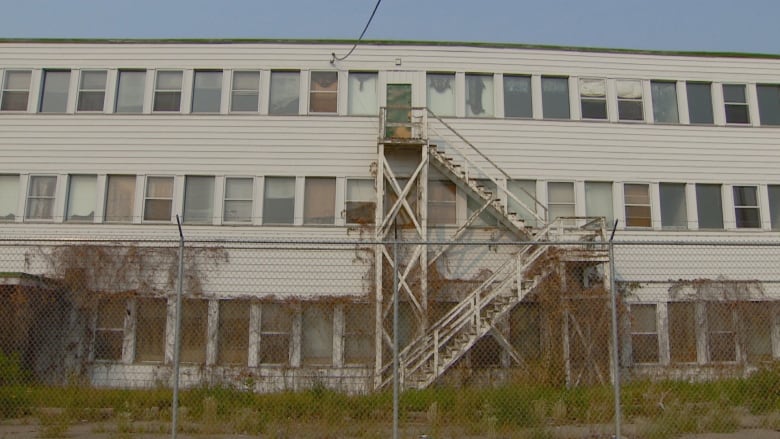 Hilden says Hangar 11 isn’t the most beautiful building, but is still valuable because of its historical significance. (Nathan Gross/CBC)

The city hasn’t been too keen to preserve historic buildings in the past, Hilden said.

“We’re losing so many of them. Edmonton doesn’t have a great track record of taking care of its buildings. In particular, some of the more pedestrian and unimpressive, for lack of a better word, buildings,” she said, noting Hangar 11 isn’t a beautiful structure, but is still valuable.

But for Iveson, a building’s age won’t necessarily spare it from the wrath of a wrecking ball.

“It’s critical that the city act to preserve structures, but we pick the most important churches, not all churches — the most important aviation historical buildings,” he said, pointing to the Alberta Aviation Museum, which has formal historic designation.

The museum is located on a site adjacent to Blatchford.

“We save buildings, but we have to be selective about which ones we save.”